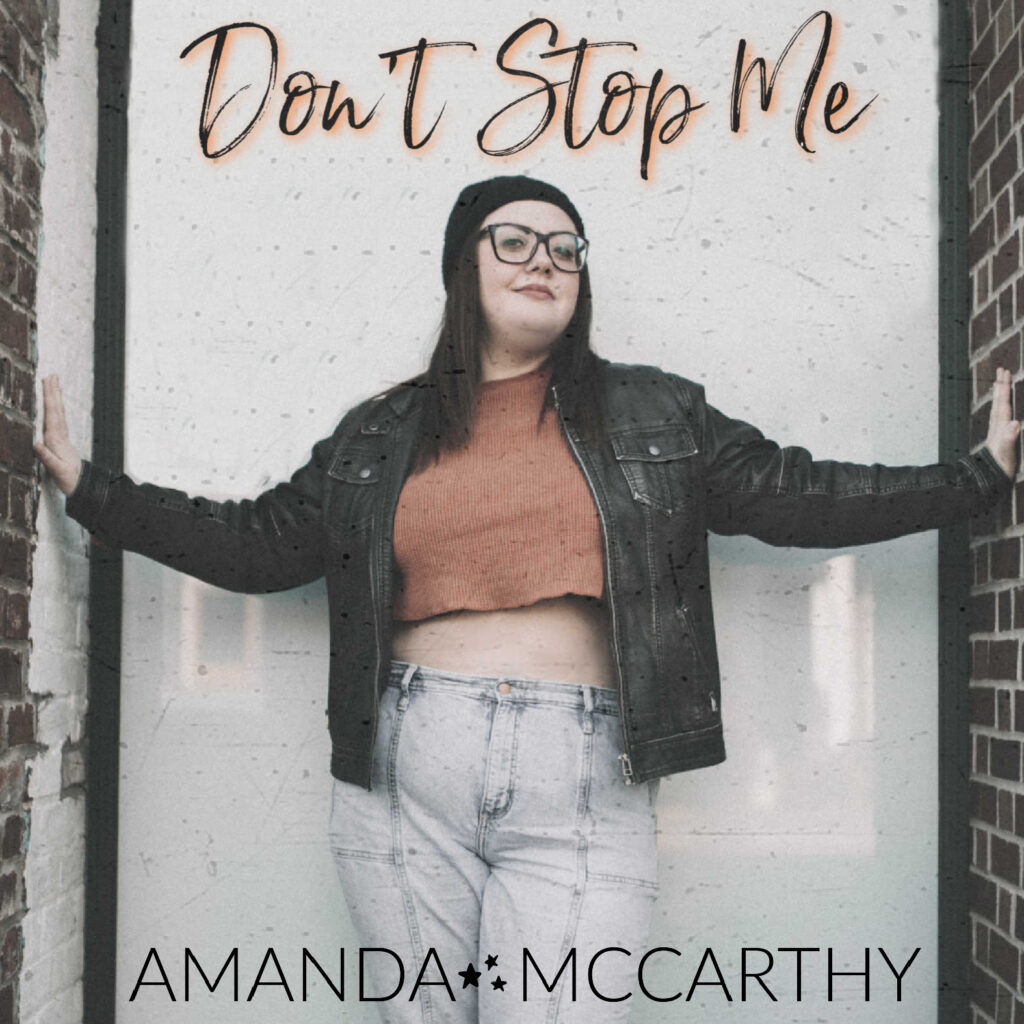 Nashville, TN (March 16, 2022) – Nashville based singer/songwriter Amanda McCarthy recently released her new single “Don’t Stop Me.” You can listen to the song HERE!

Known for her powerful vocals and lyricism, Amanda has a unique ability to connect emotionally with her fans. With empowering lyrics like packing up my bags and I’m leaving today, I don’t got time for that, and if you don’t like what I say, don’t stop me as I’m walking away, “Don’t Stop Me” is sure to be an energizing anthem to all who listen.

“I wrote Don’t Stop Me with my friend Ty Openshaw prior to moving to Nashville,” Amanda explains. “Funny enough, what we wrote the song about initially revolved around a situation in his life. But, when I moved to Nashville and I started playing this song at rounds, the song grew to mean a lot to me and my complicated relationship with my hometown that I had just left behind. I love my home state of New Hampshire, but growing up in the specific town I’m from, I carried a lot of mixed feelings due to trauma, lack of support in school, and always feeling like my music career was never taken seriously – even as I was seeing success in Boston and NYC. Moving to Nashville was a huge step in my healing and leaving those feelings behind, which is why this song is so special as my Nashville debut, the first song I’m releasing since moving here.”

Amanda McCarthy is a storyteller compelled to speak the truth. Based in Nashville since 2020, with a 10+ year start to her career in New Hampshire and Massachusetts, she is an award-winning songwriter, entertainer and recording artist. Blending many influences, her original music is the infusion of pop, country, modern folk and rock – sprinkled with millennial snark and the heart of an old soul. Her debut album “Road Trip” was released in 2019 to high acclaim and she tours nationally when possible, with experience in all four corners of the country, including NYC and Los Angeles. Her current single “Don’t Stop Me” was released on March 16, 2022.

Radio has been supportive with airplay on Nashville Daily, The River 102.5, The Bull 101.7, WKLB 102.5, ROCK 101, WATD 105.9, FRANK 106.3, NH + MA 104.9 and others, including college and online radio, with “San Diego” hitting #1 on SheWolfRadio (Nashville) and #6 on Sweet Sunday Sounds (Australia), “Folk Song” hitting #3 on Ignition Country(UK), “Tiki Bar” hitting #9 on Radio A1A (Florida) and “Sticks and Stones” hitting #1 onipmNation (New Hampshire). “Sticks and Stones” was featured in the documentary “Bullied to Silence” and Amanda’s music has been used as the theme song for several programs/organizations.

Amanda is looking forward to several cuts by other artists along with her own releases throughout 2022. She currently performs solo acoustic, as a duo/trio, and with her full band.