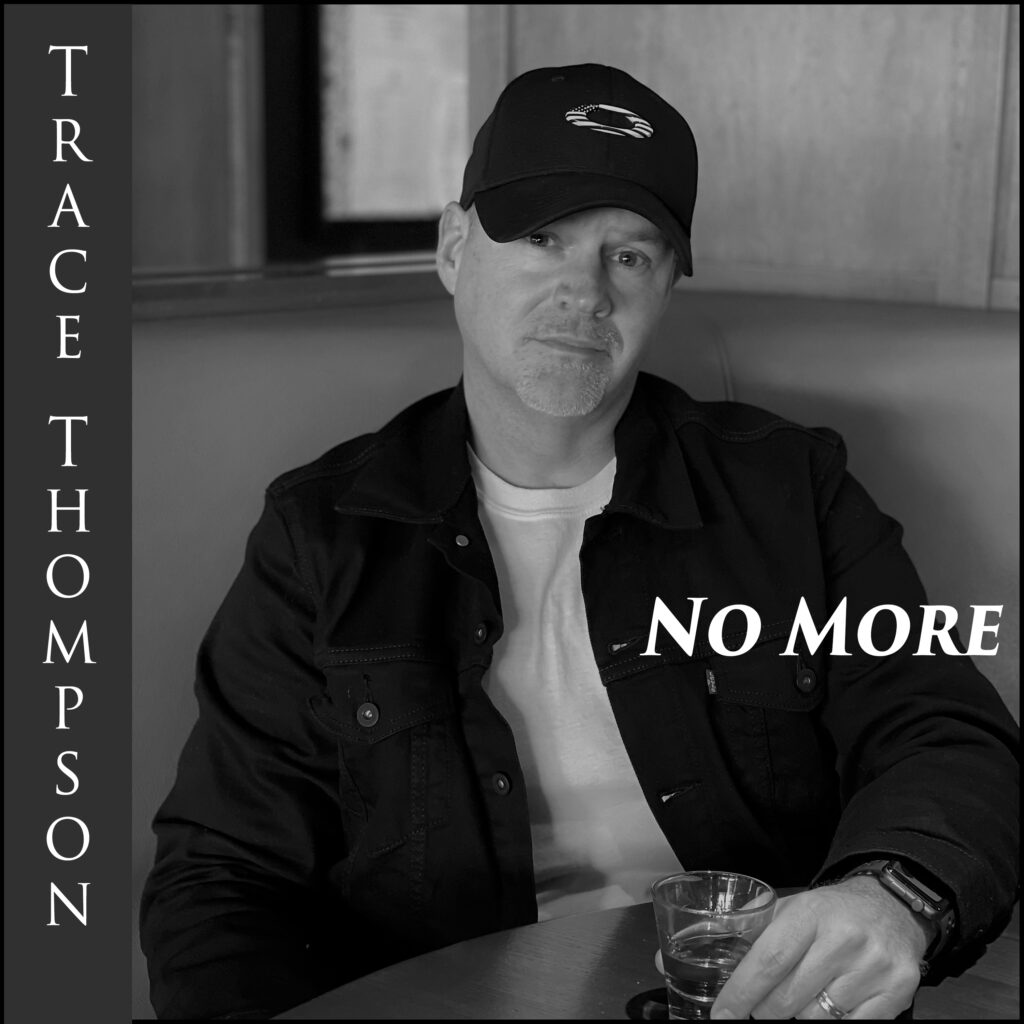 Nashville, TN (March 11, 2022) – Country music singer/songwriter Trace Thompsonrecently released his new single “No More.” You can listen to it HERE!

With relatable lyrics like now it’s time one of us learns to say goodbye, no more maybe next time, “No More” is sure to tug on the heartstrings of listeners.
“It’s an interesting story actually,” Trace explains. “This song came about from a challenge, versus some inspirational hook that popped in my head at 3AM. I’ve been blessed to have built several relationships with artists, writers, and publishers over the years which has developed into good friendships. During a publisher meeting, my friend, Butch Baker, gave me a challenge of writing my favorite 90’s song into a modern lyric…up-tempo, of course, and with an intriguing story line that keeps the listener wondering what happens next.  I wanted to challenge myself to grow as a writer and an artist. This has proven to be an incredible experience with releases from other artists like Carrie Cunningham (“All Over Me”) and Jackson Snelling from American Idol (“Forgot I Was Forgetting”) over the past year.  It’s really solidified how much I love the art of writing and I have songs that just resonate with me personally that I want to release, too.”

About Trace Thompson:
Singer/Songwriter Trace Thompson is based out of Greenwood, IN, but travels to Nashville, TN monthly for co-writes & shows.  Trace really jumped into the artist lane in 2018 when he released his debut album Get It Right, which landed on nationally syndicated radio, as well as earning him over 30 award nominations across multiple platforms resulting in 6 different awards since the release.  Trace has performed on hundreds of stages to an audience of thousands, with over a dozen national acts including Randy Houser, Midland, Chase Rice, Dillon Carmichael, Billy Dean, Neal McCoy, Colt Ford, and Justin Moore.