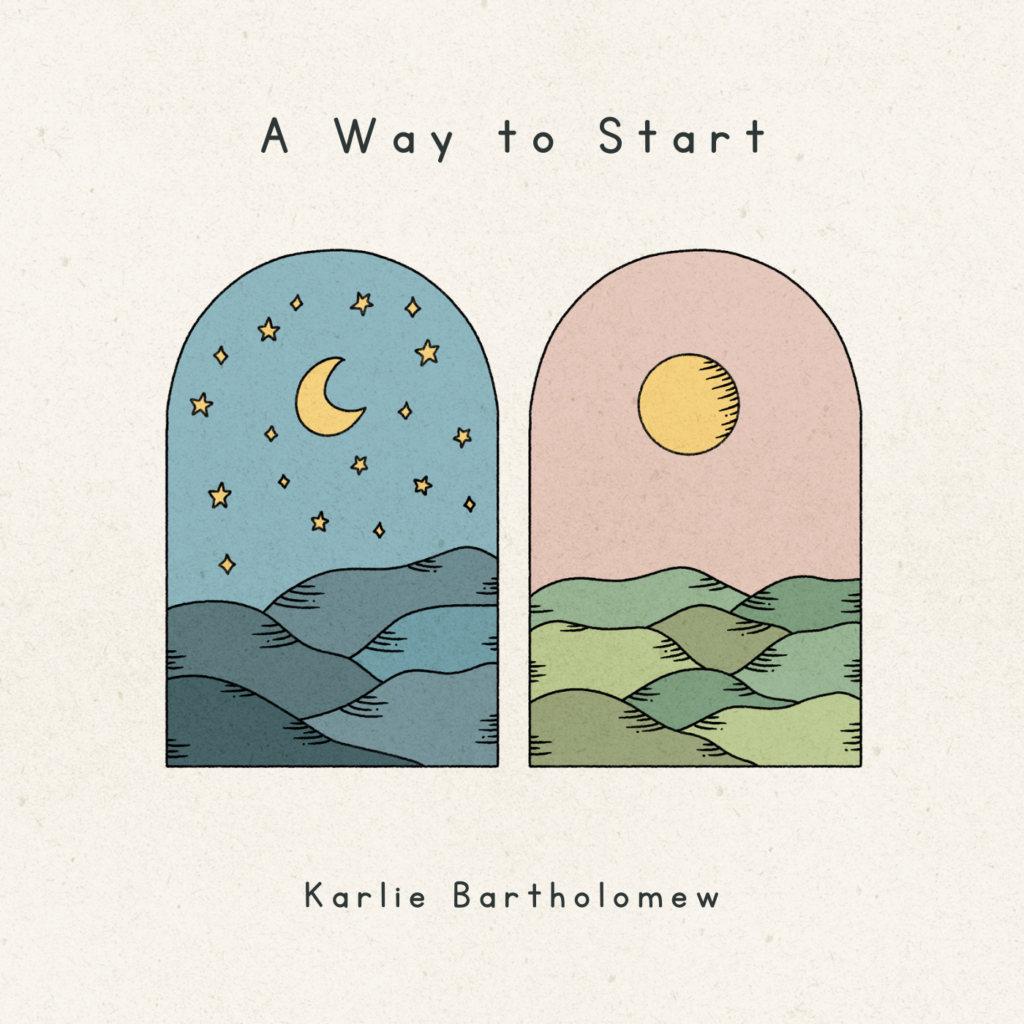 “This EP has been a long time coming and it very much feels like my way to begin the next chapter of my music career and my life,” Karlie explains. “These songs follow my timeline over the last nine years – from leaving home for the first time to starting over here in Nashville. I’m so thankful to have worked with such an incredible group of musicians and people on this project.”

Music City Melodies wrote in a review “…Karlie Bartholomew may be a newcomer to releasing music, but she is already a star in our eyes.”

BuzzMusic followed with “Her vocals melt like butter as she soothingly tours us through descriptive lyrical motifs leaping from this sonic canvas.”

Now living in Nashville, Tennessee, Karlie released her latest project, her debut EP A Way to Start, on December 10, 2021. She released her first single, “Brooklyn Park,” on October 29, 2021, followed by “Back Bay” on November 12, 2021 and “May” on December 3, 2021. She frequently performs at local Nashville and Franklin, TN music venues, such as NashHouse Spoon & Saloon, Alley Taps, Belcourt Taps and Gray’s on Main.