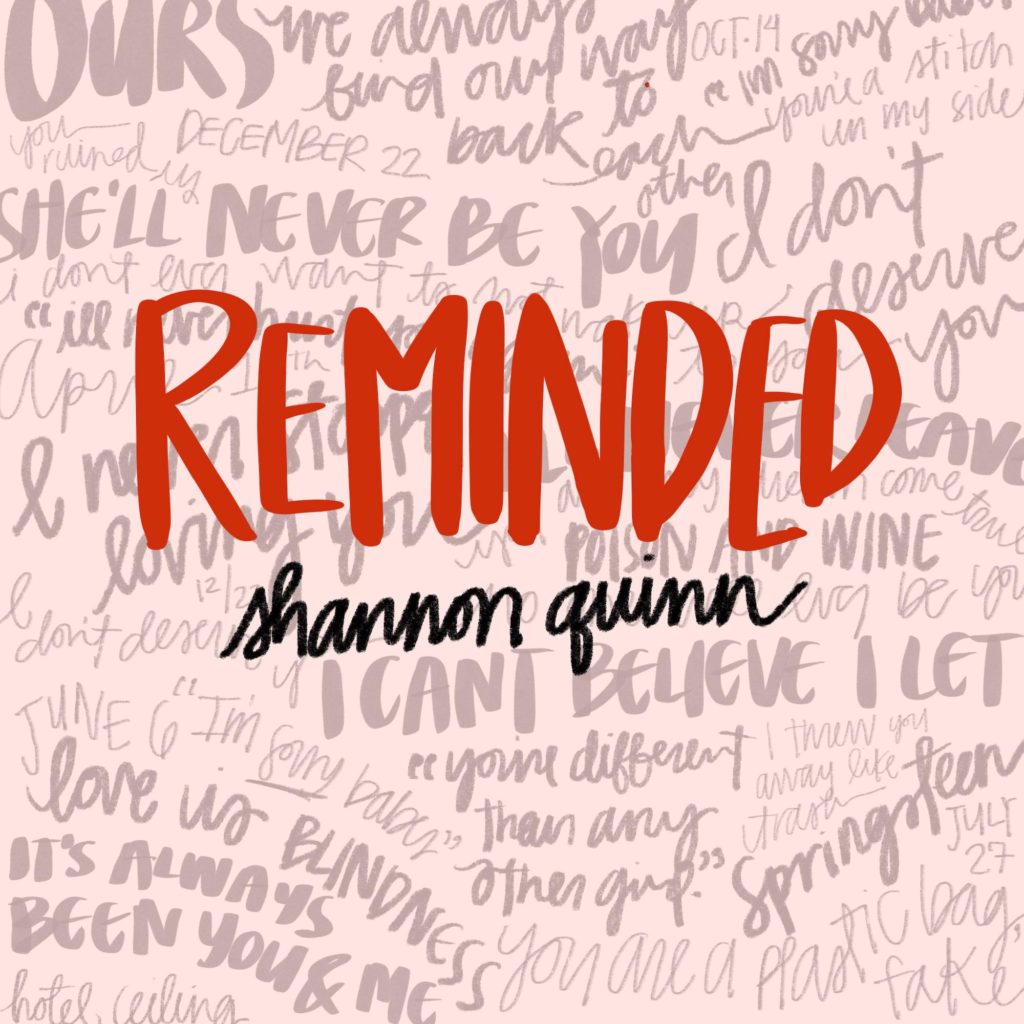 With anguished, yet relatable lyrics like it was picture perfect, that’s how you put it, and for a while, I believed it too, it was more than worth it, til it got catastrophic and I’m left with the ghost of you, “Reminded” will tug on the heartstrings of those who’ve experienced their own love story.

“This song came to me while I was supposed to be working on my junior recital repertoire in college – about 2 years ago,” Shannon explains. “It was probably 12 or 1am and I just couldn’t focus on the music I was supposed to be practicing. I just kept thinking about past emotions, memories, and mistakes. Finally, I gave up practicing and wrote this song. I guess it sparked from me literally avoiding anything that would remind me of this person or incident. I was trying so hard to avoid the pain and heartache that I ran from it. Just like real life, you can only run so far before your legs give out and I think that’s what happened here. I was avoiding the memories too much, when I just needed to face them and face how I coped with the heartache.”

About Shannon Quinn:
Born and raised in the small town of Saint Thomas, Pennsylvania, Shannon Quinn grew up on a ten acre “mini farm” with cows, chickens and the occasional pigeon. Her artistry began around the age of twelve when she became influenced by Taylor Swift. Reading articles and watching videos helped spark Shannon’s idea to start writing songs – and she hasn’t stopped since.

Shannon taught herself to play guitar and began performing at local fairs and karaoke contests. She graduated from college with a degree in Vocal Performance in May 2019 and moved to Nashville, Tennessee three weeks later. A natural on stage and a true Country/Americana artist, Shannon shares her songs for all to hear. She is currently working on several projects and plans to release an EP later this year.