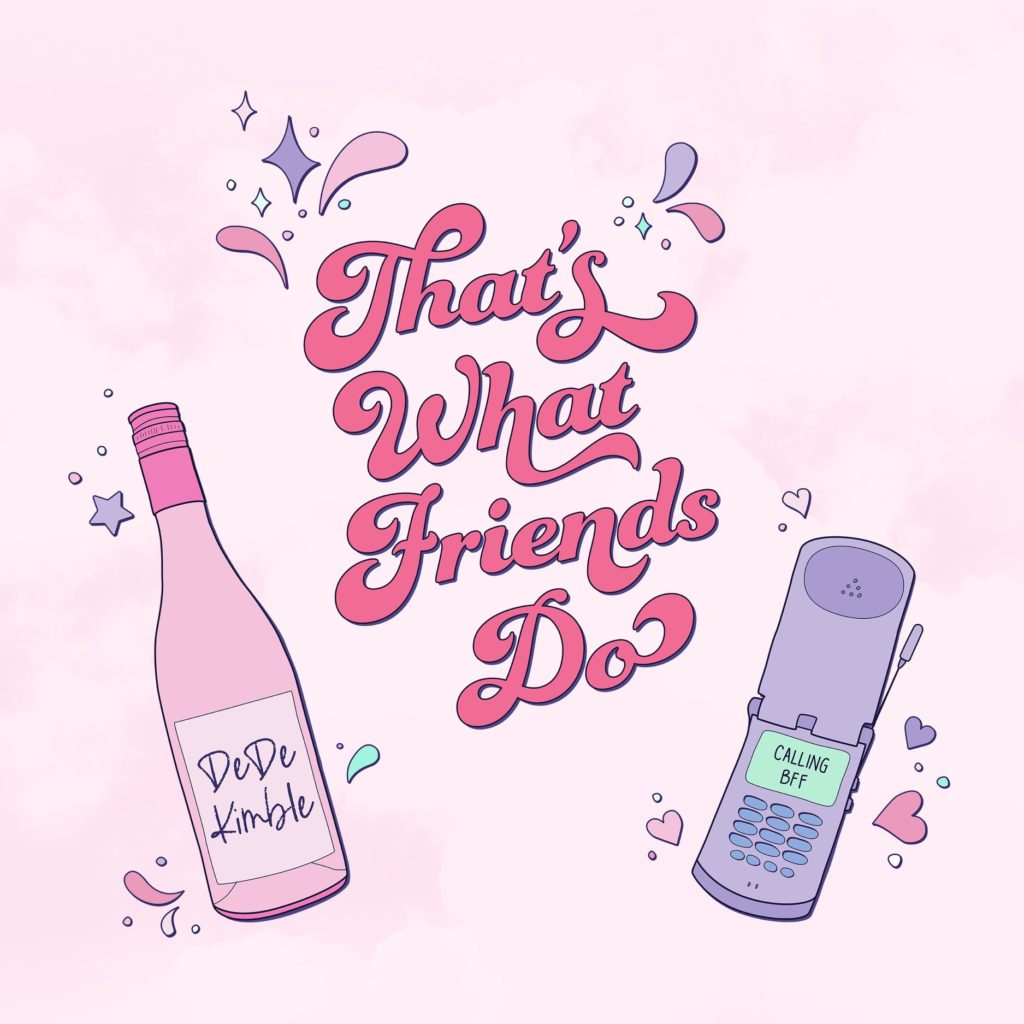 Nashville, TN (February 11, 2020) – Pop singer/songwriter Dede Kimble recently released her new single “That’s What Friends Do.” You can listen to the song HERE!

With nostalgic lyrics like I miss when you would come over and finish two bottles of wine, and I wish that we could go dancin’ and singin’ in the city tonight, just like we used to, fans will be able to reminisce on memories with “That’s What Friends Do.”

“I am super excited to finally share That’s What Friends Do with the world,” DeDe explains. “I wrote it with two very talented songwriters Kerri Watt and Fraser Watt about my long-distance relationship with my BFF. It’s a fun, feel-good, catchy song that everyone will want to add to their favorite playlists to jam out to with their friends!”

About DeDe Kimble:
Pop singer-songwriter & dog-lover DeDe Kimble grew up in Pennsylvania, creating music and performing her whole life. DeDe is a self-taught guitar and piano player and began taking professional voice lessons and singing competitively at the age of ten. She continued studying music when she was accepted into her dream school, Berklee College of Music, where she graduated in 2018 with a degree in Music Business & Management.

In addition to songwriting and recording, DeDe opened up for Sara Bareilles in 2016 at the Umbrella Arts Festival and has performed at several locations throughout New England and Nashville area, including the Hard Rock Cafe, The Lilypad, Fanieul Hall and Belcourt Taps.

With influences such as Taylor Swift, Demi Lovato and Lennon Stella, you can say that DeDe’s writing style is heavily influenced by them. Her go-to writing topics, love and heartbreak, are relayed in her latest EP Addicted To You, (produced by Fraser Watt and Al Von Staats) now available on Spotify, Apple Music, Amazon, Soundcloud and Youtube.