SAM FERRARA RELEASES NEW SINGLE “GET OUT OF MY TOWN” 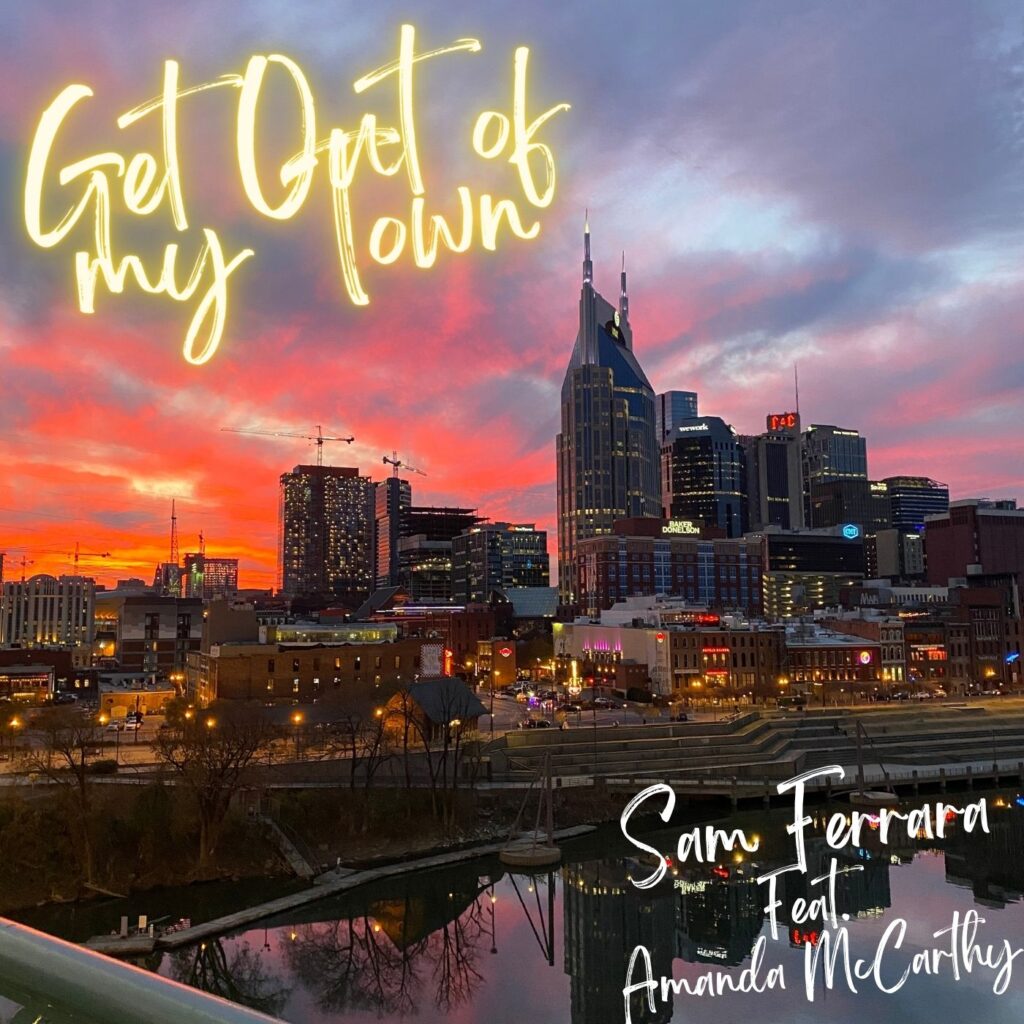 Nashville, TN (July 8, 2022) – Country music singer/songwriter Sam Ferrara recently released her new single, featuring Amanda McCarthy, called “Get Out of My Town.” You can listen to the song HERE!

With sassy lyrics like you made your choice, I guess that’s fine, but I’m done letting you haunt my mind, “Get Out of My Town” is sure to be the breakup anthem of the summer.

“It all begins with a truth and a story,” Sam explains. “You’re the one who has the power and strength to tell it.”

About Sam Ferrara:
Sam Ferrara is a singer/songwriter and multi-instrumentalist from Long Island, NY, but has been based in Nashville, TN since 2017. Working on music her whole life, Sam only began songwriting in her late twenties. Her goal is to write music that will make an impact on others, based on the stories she tells.

Sam’s music is rooted in Country with a blend of all different musical influences, such as Jazz, Rock, Acoustic and more. Sam is also looking to experiment with incorporating woodwind instruments into her music as part of a movement in the modern country world to make sure her music and creativity are seen.

Early in her career, Sam performed at many venues including Madison Square Garden, Barclays Center, Off-Broadway at Symphony Space and The Hobby Center for the Performing Arts in Houston TX. She also traveled to Europe to perform shows in both 2010 and 2012.

In recent years, Sam has been performing at venues and festivals throughout the city of Nashville and all over Tennessee. Highlighted performances include The Cutting Room in New York City, The Bluebird Cafe and The Listening Room in Nashville, TN.

Sam is looking forward to her debut album release in the Fall, along with a few cuts releasing soon.

About Amanda McCarthy:
Amanda McCarthy is a storyteller compelled to speak the truth. Based in Nashville since 2020, with a 10+ year start to her career in New Hampshire and Massachusetts, she is an award-winning songwriter, entertainer and recording artist. Blending many influences, her original music is the infusion of pop, country, modern folk and rock – sprinkled with millennial snark and the heart of an old soul. Her debut album “Road Trip” was released in 2019 to high acclaim and she tours nationally when possible, with experience in all four corners of the country, including NYC and Los Angeles. Her single “Don’t Stop Me” was released on March 16, 2022, followed by “Sunset” on June 24, 2022.