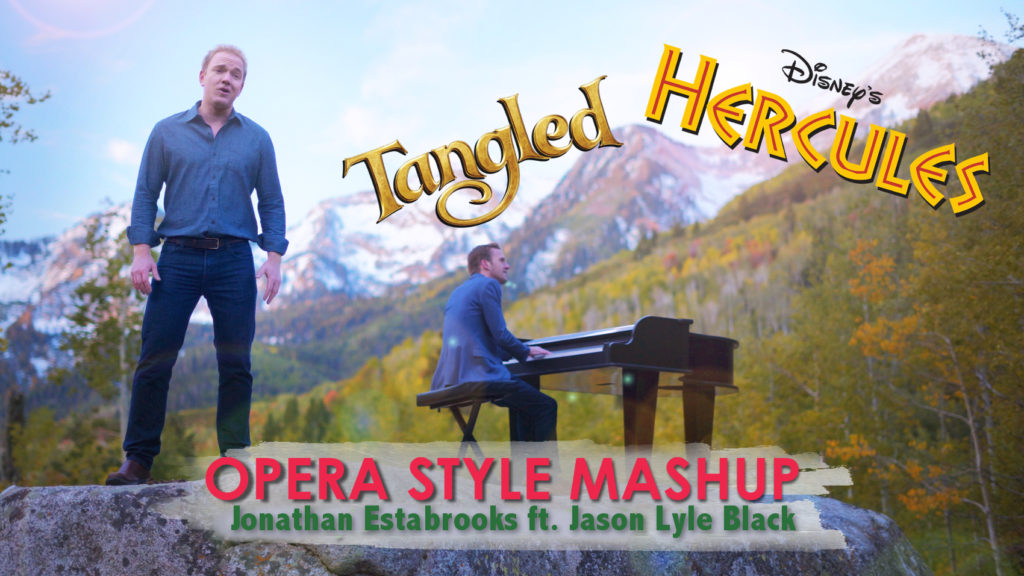 New York, New York (November 7, 2017) – Not all YouTubers are pop stars recording in their parent’s basements. New York City-based and Ottawa-born Canadian Baritone, Jonathan Estabrooks, a Juilliard-trained opera singer, wanted to create something unusual.  Estabrooks traveled to the iconic national parks of Utah and teamed up with #1-charting concert pianist Jason Lyle Black, known for over 30 million views on his Disneymusic videos, to arrange and release a Pavarotti style medley of Disney favorites. You can watch the video HERE!

The video features “Go the Distance” and “I See the Light,” from Disney’s Hercules and Tangled.  Black is known as a Disney arranger of hits including “Frozen”, “UP”, and his forthcoming book of Disney Medleys for Piano Solo (from Hal Leonard).  Estabrooks is known for performances around the world at such iconic venues as Carnegie Hall, The Kennedy Center and Seattle Symphony. He has collaborated with Grammy-winning producer and mixer Dave Reitzas (Groban, Streisand), Michael J. Moritz Jr. and was Executive Producer with Arts for the Arts and Broadway Records.

Black and Estabrooks have been heavily featured by numerous classical music and national viral video outlets including Billboard.com, Classic FM, TIME magazine, Buzzfeed and others.