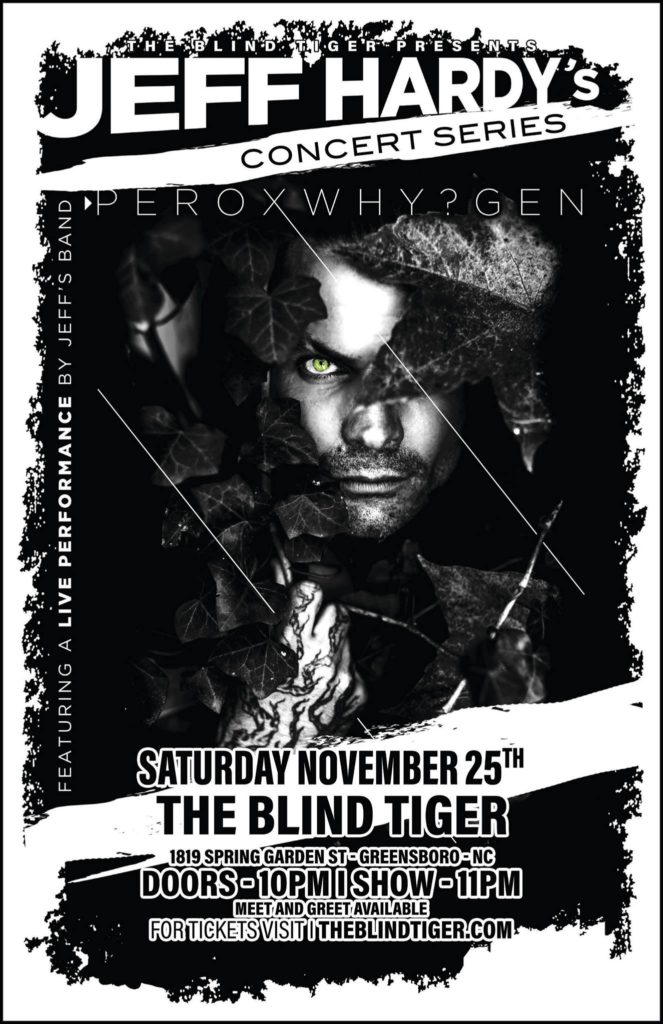 Nashville, TN (November 10, 2017) – Legendary professional wrestler and singer/songwriter Jeff Hardy will be performing a special acoustic show at The Blind Tiger in Greensboro, NC on November 25th. Tickets and meet and greet opportunities can be purchased HERE!