Nashville, TN (March 14, 2017) – Legendary professional wrestler and singer/songwriter Jeff Hardy is set to participate in the Art of War II wrestling event at the Wilma Rudolph Event Center in Clarksville, TN on Saturday, March 18th.  The match will feature some of the biggest names in professional wrestling. In addition to Hardy, Global Force Wrestlingfounder Jeff Jarrett will make an appearance with Karen Jarrett, as well as Crimson, Samuel Shaw, Bram (Impact Wrestling), Crazzy Steve (Impact Wrestling), Rockstar Spud (Impact Wrestling), Shawn Shultz, Tony Lucassio, Tony Kozina and The Young Lions.  The women of TNT will also be in attendance, as Chelsea Green and Jayme Jameson will both be making their return.

Jeff Hardy will also be hosting an after party at O’Connor’s Irish Pub in Clarksville, where he will be performing songs off his latest EP, “Spawn of Me.”  For tickets and additional information, visit http://www.triedntruepro.com.

Known as “Brother Nero” in the wrestling ring, Jeff Hardy has also achieved success with his band PEROXWHY?GEN.  He continues to deliver great entertainment to his fans all over the world. 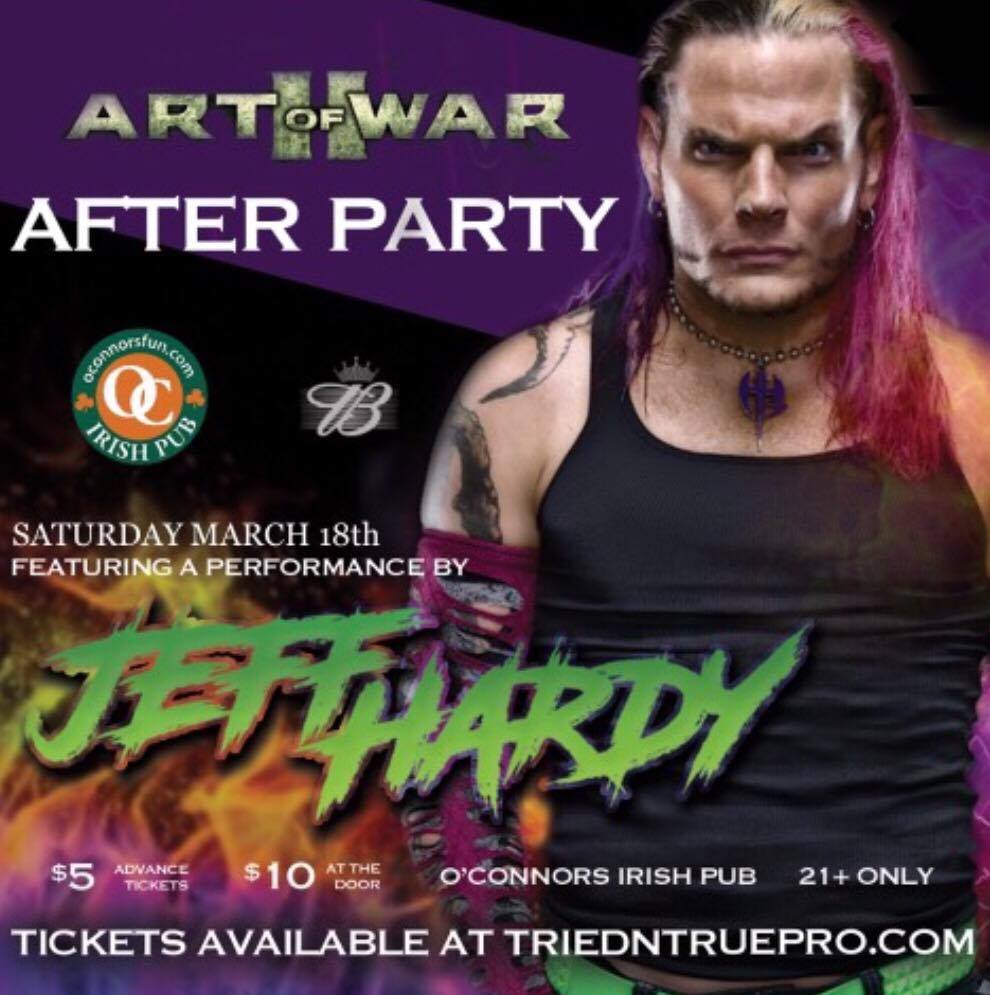