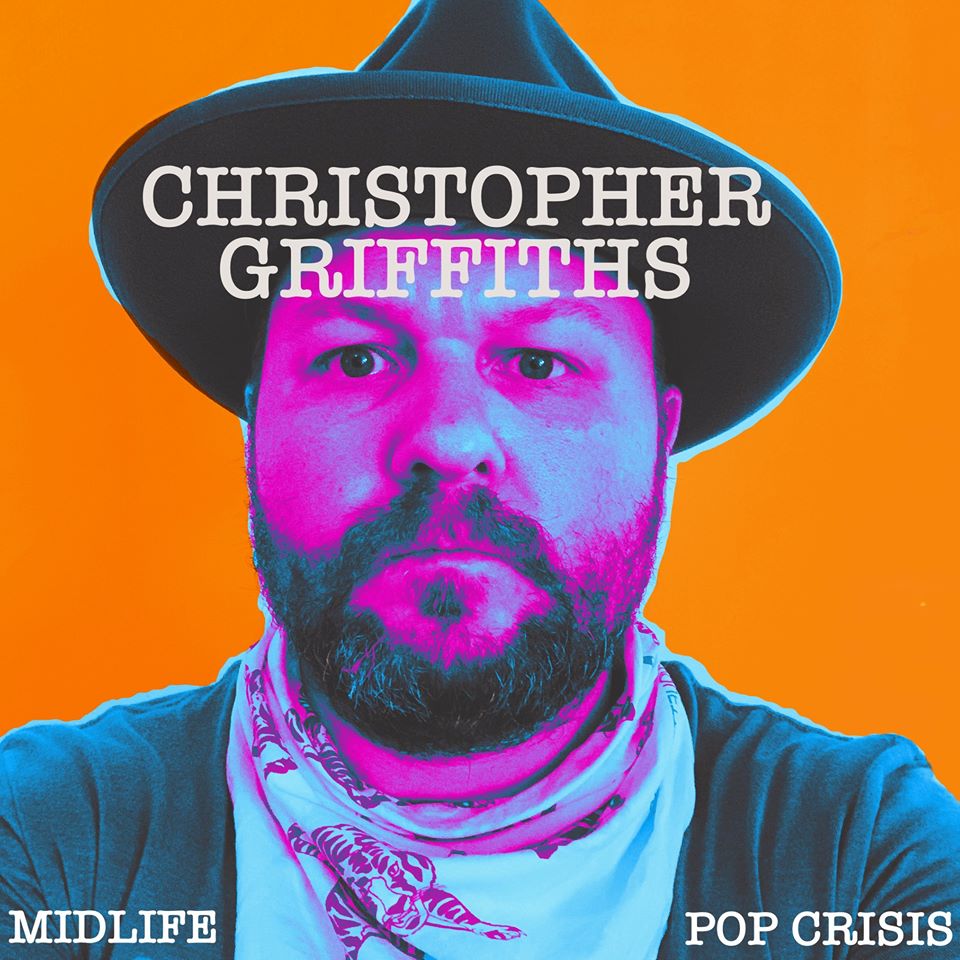 Nashville, TN (June 3, 2020) – Established musician and songwriter, Christopher Griffiths, released his debut EP Midlife Pop Crisis today. The new EP stands as a powerful showcase of Christopher’s talent and diversity. Midlife Pop Crisis contains four songs, all written, performed and recorded solely by Griffiths during the COVID-19 pandemic quarantine. What originally was just a way to pass the time while his tour and performances were on hold quickly turned into his debut release. The music is available on all streaming services HERE.

“Griffiths has created a flawless, mostly joyfully powerful pop EP, where beeping synths and drum loops set the pace,” Sounds of the South raves. “All pieces are melodic and danceable, even the only slow song “Painted Smile” is then suitable for a kind of movement in a trance-like manner.”
Jon Little of the Murfreesboro Post proclaimed, “There’s no fat on Midlife Pop Crisis. It’s rock solid from beginning to end. That said, after the opener, everything else feels largely besides the point. “Without the Beat” is just that good. In fact, it’s so infectious, the CDC’s likely tracking its spread at this very moment. It ought to garner Griffiths some serious attention, not only as a bassist, but also as a writer and producer.”
Other praise and interviews for the EP include:  Pat’s Soundbytes Unplugged,  Country Music News International Magazine,  Music Update Central, NashVegas,  Sleeping Bag Studios, Road Dog Media, and Grubs and Grooves.

Commenting on his new music, Griffiths said, “Sharing new music with people is one of the most exciting and exhilarating things an artist can do. I’m on a mission June 3rd to shake as many booties as possible – and I have the record to prove it.”

About Christopher Griffiths:
A multi-talented musician, Christopher Griffiths plays bass, guitar, keys, synth, harmonica, mandolin and upright bass. Heavily influenced by an array of artists from Bob Dylan and Bruce Springsteen to Dr. Dre and Iggy Pop, Griffiths is drawn to authentic lyrics that provide the listener with a story. Calling his sound “Garage Rock for Disco Lovers,” the heartfelt singer/songwriter has also dabbled in Americana and Pop genres.

Midlife Pop Crisis may be Griffiths first EP, but he’s been kicking around a while, playing in bands since he was thirteen. His discography includes a Juno Award for his songwriting on Crystal Shawanda‘s Just Like You, bass playing on Will Hoge‘s upcoming album Tiny Little Movies and 2018 release of My American Dream, to name a few.