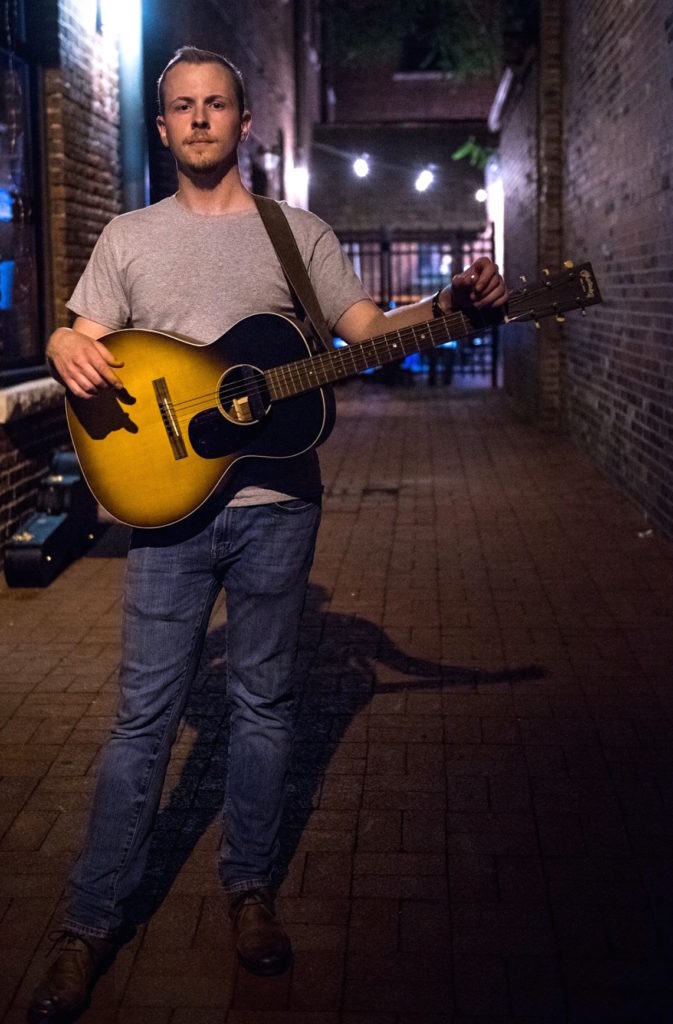 Nashville, TN (June 1, 2018) – Missouri native and deaf singer/songwriter Aaron Schilb is returning to The Show-Me State with #1 hit songwriter Christopher DeLisle on July 27th. The duo will perform at Eastside Tavern (8pm), with doors opening at 6pm and The Calvin Street Band performing at 7pm. There will be a $3 cover at the door and karaoke to follow the live music at 9:30pm.

Schilb is undeniably excited to return to Eastside Tavern, where he played every Wednesday night before moving to Tennessee. “I may live in Nashville now, but Columbia will always be my home. I’ve got tons of new music and crazy stories to share! Can’t wait to see all of my Kewpies, Bruins, and Tigers again. Come on out, CoMo!”

Noting Paul McCartney, Van Halen, Stevie Ray Vaughan and Chuck Berry as a few of his musical influences, Schilb has developed a blues-rock sound that is like no other. He released his debut album, “Tonic,” in April 2017 and began touring in support of his new record, “Rock & Roll Degenerate,” which is set to be released in September 2018.

About Aaron:
Aaron Schilb resisted his family’s urges to play music as a child. Raised in the constant presence of musicians, his father, a pianist, and mother, a composer, both provided piano lessons from an early age. He initially held a strong aversion to following in the footsteps of his family, but the motivation to be a musician came upon seeing “School of Rock” as a teenager and countless nights spent playing Guitar Hero. Music was no longer entertainment – it was a way of life. At the age of 11 years, Aaron began losing his hearing. Ignoring doctor’s orders to stop playing music and live life quietly – he taught himself to play the guitar and has since committed his life to music in the face of advancing deafness.