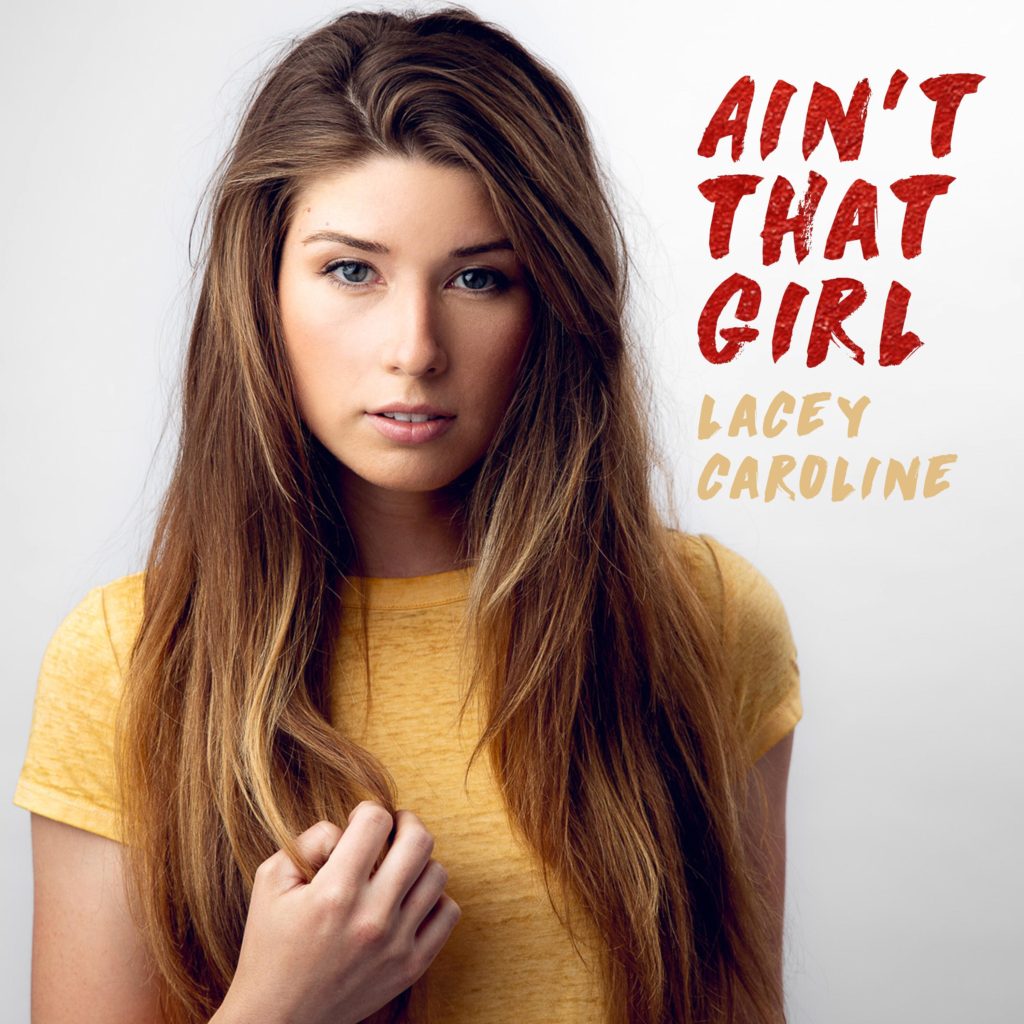 Nashville, TN (May 21, 2018) – New Jersey native and singer/songwriter Lacey Caroline is set to release her new single, “Ain’t That Girl,” (produced by Ryan Rossebo) on May 23, which is also Lacey’s birthday! You can preview the single HERE!

Beginning at the young age of fourteen, Lacey’s goal in music has always been to tell a story with her songs. “Music, for me, was a place where I fit in. No matter what was going on in my life or school, I found a comfortable place between my headphones. I’ve always wanted to give that feeling to other people with my music and songs,” she explains.

Lacey sets herself apart from the rest with her tomboy, down-to-earth style. With feisty, yet empowering, lyrics like If you’re looking for an easy quick-ride backseat kind of night, if you’re looking for a fast-paced first date, please don’t waste your time, you can play me like a country song, play it all night on and turn my radio on, but unless you’re Hank or Merle I ain’t that girl, Lacey’s new single is sure to be a summertime hit.

Originally starting her music career in a pop rock band, she opened for global names like Gavin DeGraw and Bon Jovi. Lacey has combined her pop and rock energy with her love of country music lyrics to develop a “Southern Rock” vibe heavily influenced by artists such as Lee Ann Rimes, Miranda Lambert, Taylor Swift (circa 2007), New Found Glory and the Foo Fighters. She has since opened for country duo Thompson Square and performs in historic honkytonks on Broadway in Nashville, Tennessee.

Lacey is bringing her audience along on her journey as she provides the opportunity to show support through her fan-funded Bandtwango campaign. This campaign allows fans to engage with her music, choosing from a variety of different rewards if they donate to the campaign. You can contribute to her campaign HERE!

In addition to releasing her new single, the spunky songwriter will continue to rock the country music world with a release of an upcoming EP this summer. “With a set of vocals that remind you of Hillary Scott meets Katy Perry and a songwriting talent that has the potential to give Kacey Musgraves a run for her money, Caroline is destined to have a very bright future in country music,” proclaims Kalyn Jacobs (Ashlevans Entertainment).