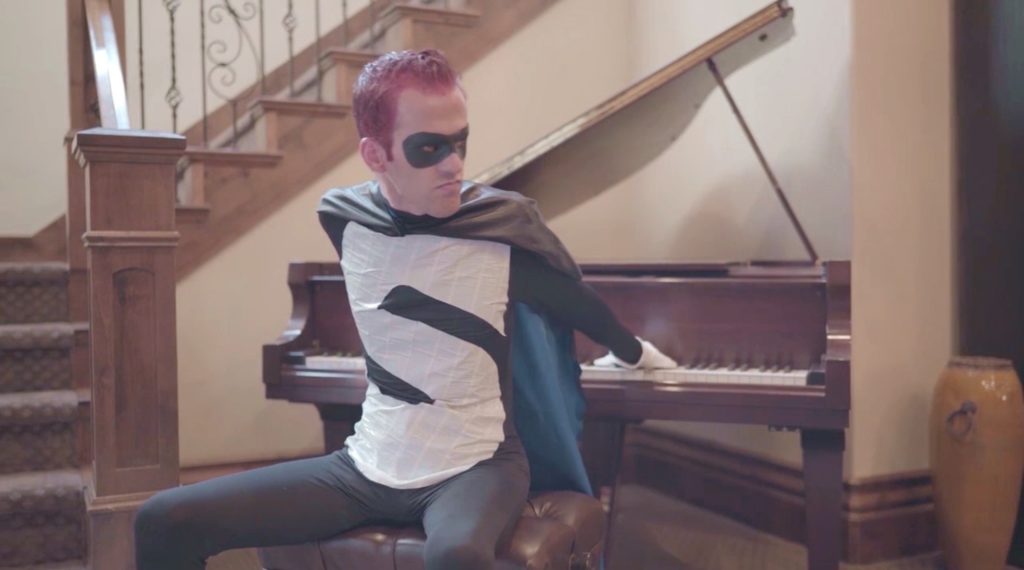 SALT LAKE CITY—Violinist Jenny Oaks Baker has quite the talented children.  So talented, in fact, that her four musical children—age 16, 14, 13, and 11—have performed with her all over the world, from Vienna, Austria, to Japan and Taiwan, and throughout the United States.

So when fellow touring artist Jason Lyle Black, known as “The Backwards Piano Man®”, approached Baker for a YouTube tribute to Pixar’s The Incredibles, she readily accepted.  Black arranged the music for the video. The production features Baker’s family as the film’s main characters and himself as the film’s villain, Syndrome. You can watch the video HERE!

“I love the fact that Jenny’s family lined up perfectly with the main characters in The Incredibles, so we just had to make this video,” Black notes.  “Her entire family is so talented and just fit the concept perfectly!”

Black made national headlines in 2016 with his real-life adaptation on another Pixar film, UP, featuring his 80-year-old grandparents at the piano.  In late 2017, Black’s Moana video, featuring the first-ever piano trio of individuals with Down syndrome, reached over half a million viewers nationally, and was featured by CNN and Huffington Post.

For more information about Jason Lyle Black, including Black’s new piano book of Disney Medleys, or to book Black for a performance or speaking engagement, visit www.jasonlyleblack.com.

BRYAN JAMES RE-RELEASES ALBUM BETWEEN THE DEVIL AND THE ANGEL