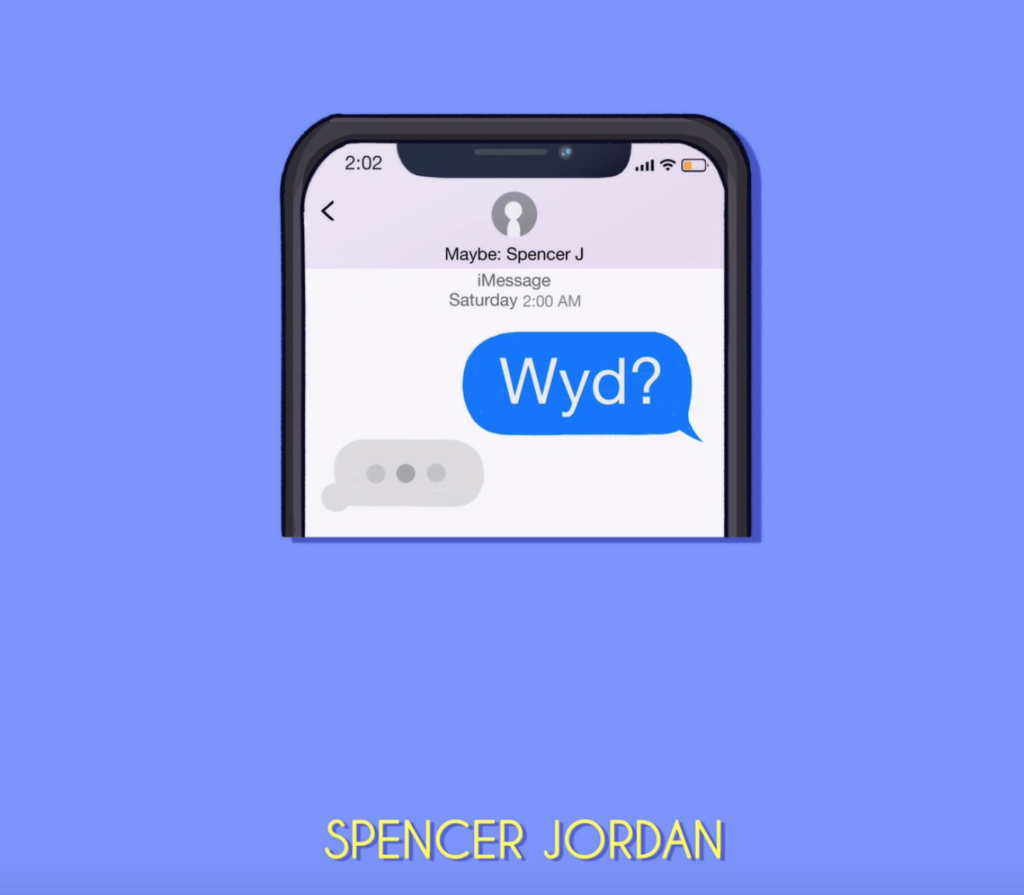 With relatable lyrics like you got into my head, under my skin, and made me lose it, you hit me up again like ‘how you been,’ but I ain’t stupid, “Wyd?” is sure to resonate with listeners.

“The idea of a booty call isn’t exactly uncharted territory as far as songwriting goes,” Spencer explains. “But, I think so much has changed in dating, especially with people my age, that there are so many new and interesting ways to broach the subjects of feeling used, confused, or unappreciated by someone who you’ve caught feelings for. The ‘Wyd?’ or ‘U up?’ text has almost become a parody of itself for my generation. It is heavily associated with the rise in dating apps, and there’s just so much to play with lyrically there which is what drew me to the idea in the first place.”

About Spencer Jordan:
Spencer Jordan is a pop Singer/Songwriter from Jupiter, Florida. After graduating from the University of Florida in 2016, he began his songwriting and artist career in Nashville, Tennessee. Spencer’s music is a mixture of the music he listened to growing up in his small beach town and the prevailing sounds found in today’s pop, and his writing focuses on the everyday struggles and victories that come with life, love, and growing up.