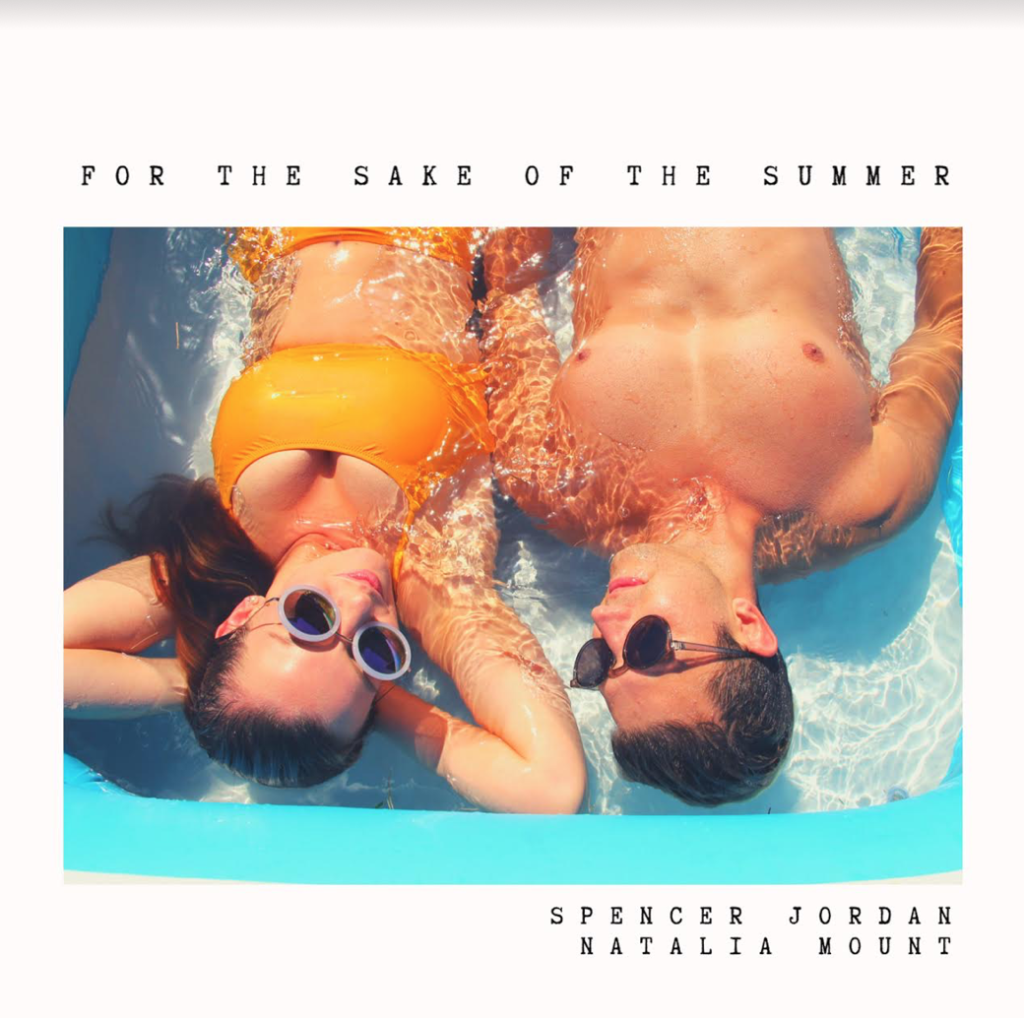 Nashville, TN (July 17, 2020) – Pop singer/songwriters Spencer Jordan and Natalia Mount just released their new single, “For the Sake of Summer.” You can listen to it HERE!

With fun-loving lyrics like I just want you to hold me, like you held your liquor down at sixteen, just put me on your body like I’m sunscreen, Jordan and Mount lend sunny vibes and vocals to illicit the rush of a summer fling. “For the Sake of Summer” is sure to be the upbeat pop anthem for the season.

About Spencer Jordan:
Spencer Jordan is a pop singer/songwriter from Jupiter, Florida. After graduating from the University of Florida in 2016, he began his songwriting and artist career in Nashville, Tennessee. Spencer’s music is a mixture of the music he listened to growing up in his small beach town and the prevailing sounds found in today’s pop, and his writing focuses on the everyday struggles and victories that come with life, love, and growing up.

About Natalia Mount:
Natalia Mount is a 23 year old singer/songwriter from Virginia Beach, VA, who moved to Nashville in 2015 to start her artist career. From 2015 to 2018, she made a living playing in famous bars all across Nashville like Tootsies Orchid Lounge. Her vocal influences come from pop culture artists like Tori Kelly and Demi Lovato. Her first single, “Staying In,” was released spring 2019. and later that year, she released a full length EP called “City.” She writes songs about her struggles in moving to a big city, heartbreak in relationships, and finding new love.