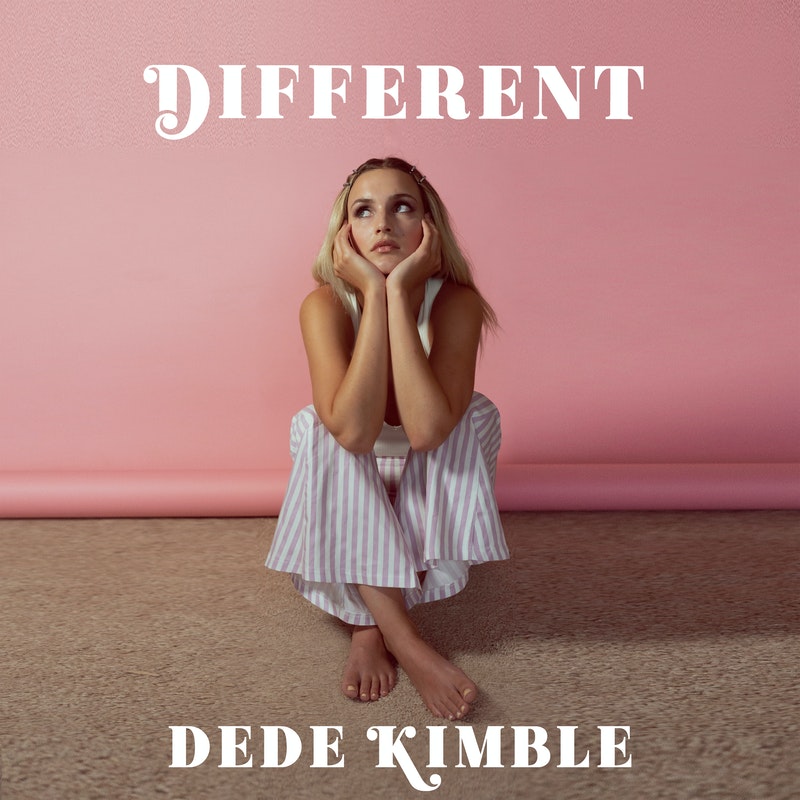 With relatable lyrics like some days I wish you would’ve listened, before you turned your back away, spitting hateful words at me, never got the chance to explain, DeDe’s angelic voice will resonate with anyone that has experienced heartache.

“Different is a very vulnerable song that just poured out of me,” DeDe explains. “I wrote this song in a few days and within a week the production and mastering (thanks to Fraser Watt and Al Von Staats) were all complete – I knew this needed to be my next single. I wanted to write a song that was honest and emotional, as though the words were torn from pages of my diary. This song is the reflection of closure after a bad relationship that needed to be heard.”
About DeDe Kimble:
Pop singer/songwriter and dog-lover, DeDe Kimble, grew up in Pennsylvania creating music and performing her whole life. From a very young age, she knew that music was her calling. DeDe is a self-taught guitar and piano player and began taking professional voice lessons and competitively singing at the age of ten. She continued studying music when she was accepted into her dream school, Berklee College of Music, where she graduated in 2018 with a degree in Music Business & Management.

In addition to songwriting and recording, DeDe opened up for Sara Bareilles in 2016 at the Umbrella Arts Festival and has performed at several locations throughout New England and Nashville area, including the Hard Rock Cafe, The Lilypad, Opry Mills, Fanieul Hall and Belcourt Taps.

With influences such as Taylor Swift, Demi Lovato and Lennon Stella, you can say that DeDe’s writing style is heavily influenced by them. Her latest single released in February 2020, “That’s What Friends Do,” is an uplifting, catchy song co-written with Kerri Watt and Fraser Watt about a long-distance friendship. “That’s What Friends Do” is now available on Spotify and Apple Music.