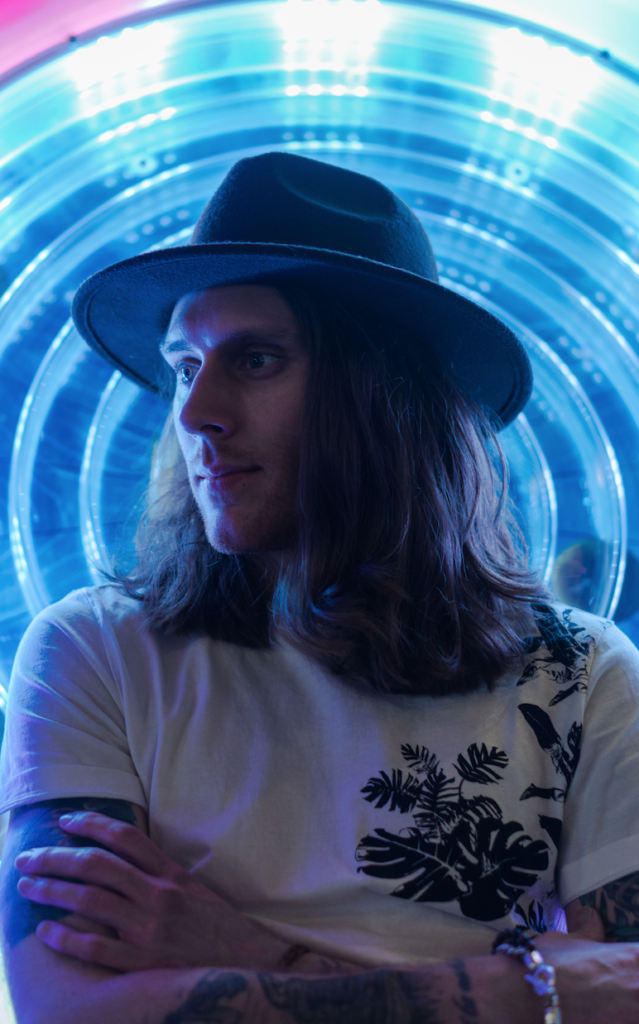 The rare team-up is a trans-America production, with Khan producing the music in Los Angeles and Wolf recording his part in the studio in Nashville, with the help of producer Wyatt Urban.

M.K. Khan, a notable graphic designer and musical artist in the synthwave community and beyond, also created the original cover artwork for the release. This will be Khan’s first musical release featuring a vocalist, following his 2019 instrumental album “Generation Runaway.” It will be the third original song released by Sambo Wolf.

On the topic of inspiration for the lyrics, Wolf says, “The lyrics for Starshine are meant to convey the idea of true freedom, which begins in your mind. I hope this track inspires everyone to pursue the best version of themselves to the fullest. This is the vibe I couldn’t get out of my head after M.K. sent me the instrumentals. I listened to it and felt compelled to make the lyrics as positive as I could, while still keeping a rooted, realistic vibe.”