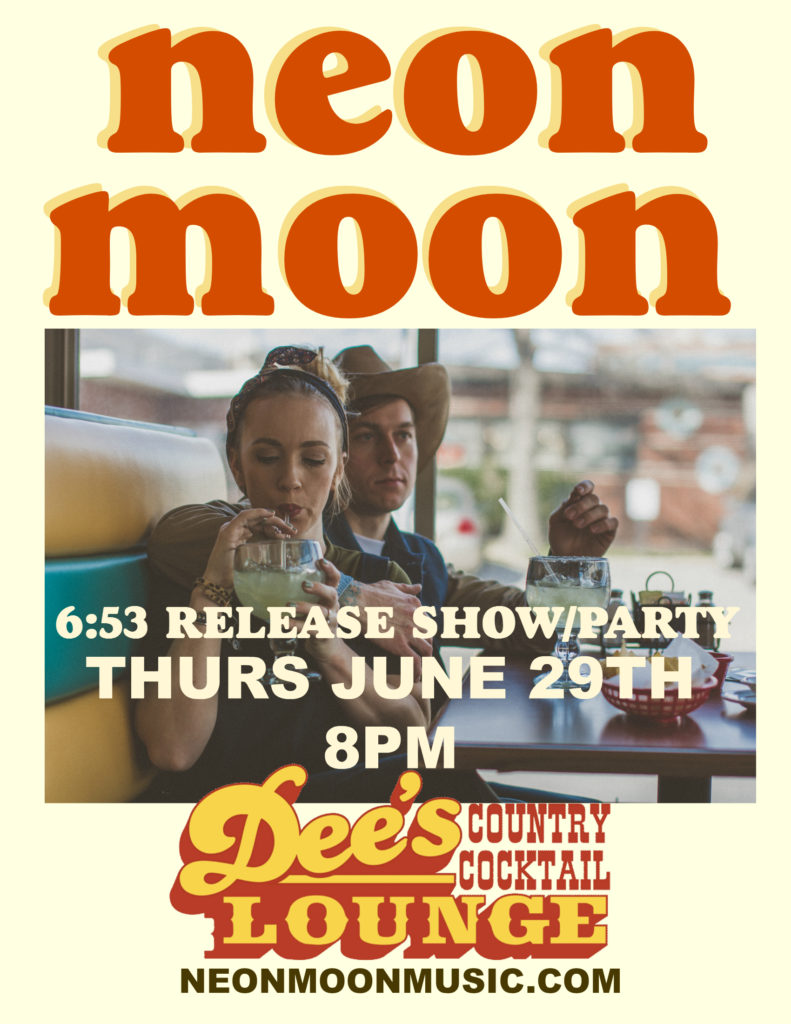 Nashville, TN (June 21, 2017) – Nashville based “Throwback Country” songwriting duo Neon Moon is set to release their debut album “6:53” on June 29th. You can watch the video for their current single “If I Knew” HERE!

“We were writing for other people, but we weren’t sure that some of these songs would have a home outside of us doing something with them. We wanted to do something different in the country world. We formed Neon Moon after a project called Our52Songs, where we wrote a song a week for a year and documented our progress on YouTube. After we finished Our52Songs, we picked five songs that really spoke to us and recorded them. After recording those songs, we wrote one more called “If We’re Being Honest” – which is a brutally honest song about where we’re at in our lives. That being the sixth song on our album and the 53rd song of our finished project, we named our album 6:53,” the duo explains.

To celebrate the release of 6:53, Neon Moon is hosting a party on June 29th at the 1970’s themed Dee’s Country Cocktail Lounge in Madison, TN. The show starts at 8pm and the old-school country duo will be performing all six songs off the album. Anyone who arrives before 8pm and mentions this invitation will receive a FREE poster (while supplies last)!

NEON MOON RELEASES OFFICIAL VIDEO FOR “IF I KNEW”