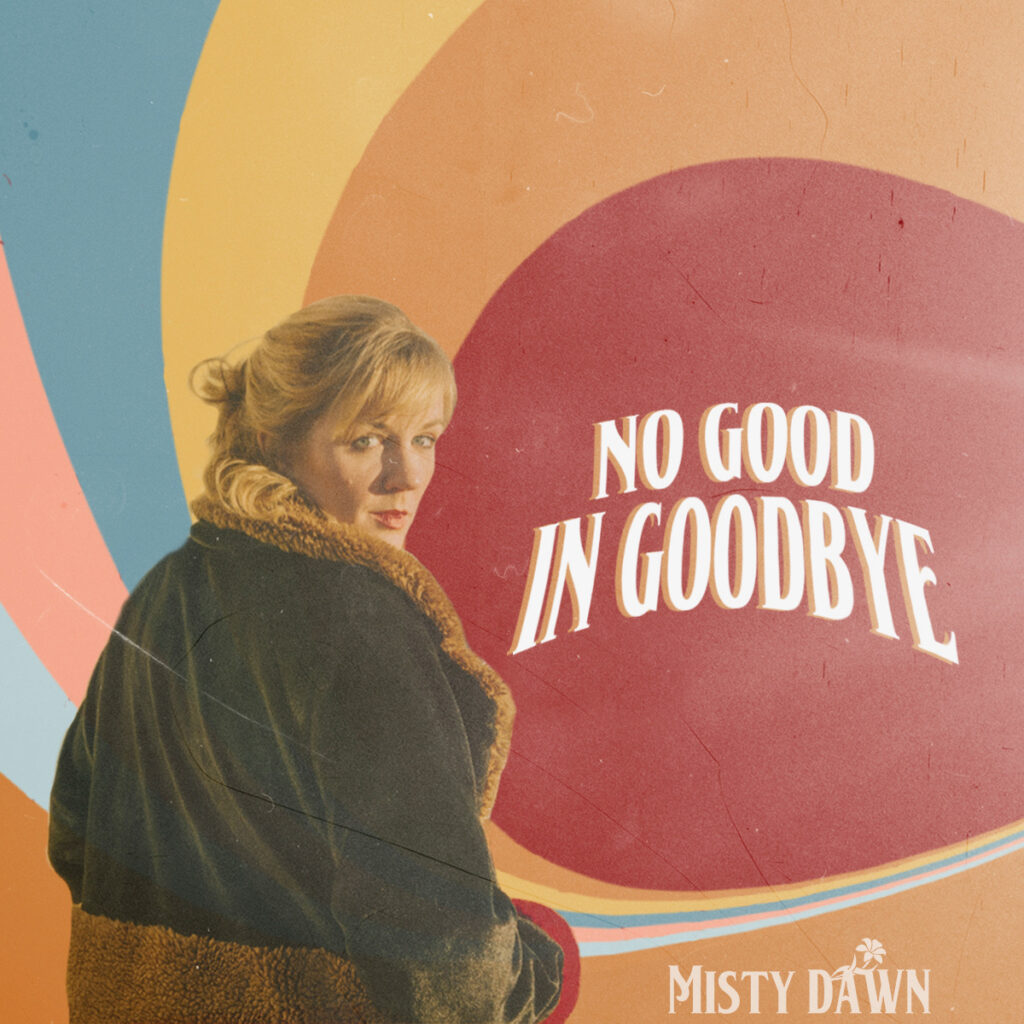 Nashville, TN (September 18, 2020) – Show Country singer/songwriter Misty Dawn recently released her new single, “No Good in Goodbye.” You can listen to it HERE!

With heart-wrenching lyrics like the drive that day felt like years, and the highways and byways bled into the tears, I placed goodwill at the foot of your door, but you don’t collect my posts anymore, “No Good in Goodbye” tells a relatable story of a grief-stricken couple. You can watch the official lyric video HERE!

“After ending a six-year relationship where there really wasn’t anything wrong other than the two of us wanting different long-term goals, I felt sad – but mostly weary,” Misty explains. “This was the second major relationship that had put my all into and it didn’t pan out. We cared deeply for each other but it just felt like this strange swirl of emotions. I simultaneously was heartbroken and also trying to find the silver lining so I could move forward towards a more aligned relationship. I wanted this song to capture the multiple expressions of heartbreak and goodbyes; they are weird, painful, hard, and also can carry a glimmer of hope.”

About Misty Dawn:
Say goodbye to Bro-Country and hello to SHOW COUNTRY. Since the age of six, Texas native Misty Dawn has been performing in professional theatre and television productions. From hosting a video game review show on TV to being one of the puppet-artists-in-residence at St. Anne’s Warehouse for a season, Misty has a knack for exploring the art of storytelling. With a Theatre degree, several off-Broadway productions, and a few international tours under her belt, it’s no surprise that’s she’s infused her theatrical upbringing into her music. In fact, she’s calling her unique brand of country Show Country as it mixes elements of musical theatre, soul country, outlaw country and Americana into her music. While her sound harkens back to a classic country era and she looks to join the ranks of the Ameripolitan crowd, her message is anything but traditional. Misty takes a no-nonsense approach to re-writing the topics women typically sing about with songs about traditional female roles, poking at the holes in religious and political establishments, and embracing a brazen, sexually empowered version of a woman.