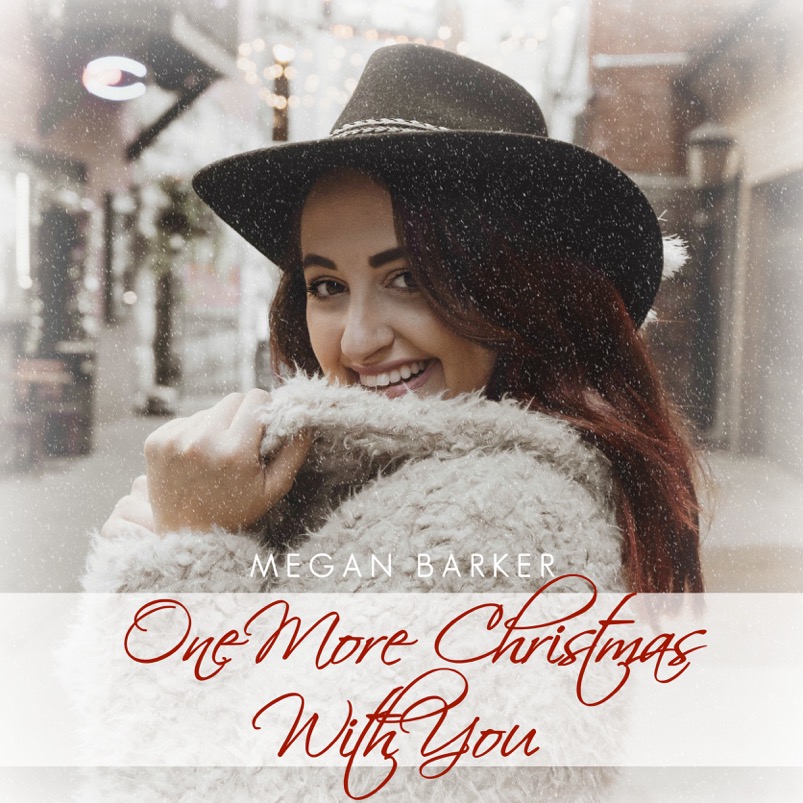 Nashville, TN (November 22, 2017) – Nashville-based singer/songwriter Megan Barker recently released her new holiday song, “One More Christmas With You,” to iTunes. You can download the single HERE!

With touching lyrics like snow hasn’t hit the ground, but I can feel it in the air, your memory’s all over town, but you ain’t really there, the Christmas tune is sure to tug on heartstrings and has a very special meaning to Barker.

“When Dad and I wrote One More Christmas With You, it was about being heartbroken over a relationship ending,” Barker explains. “Now, for me, it’s a song about missing my Daddy – but, it makes me happy when I play it live. His memory lives on through this song.”

Born into the music industry, her father, Bobby P. Barker, wrote songs for country legends such as Ronnie Milsap and Barbara Mandrell. Her mother, Barbara Smith-Barker, was also a touring artist and session singer. Megan spent her childhood in studios and writing sessions where she learned at an early age how to craft a lyrical narrative.

Megan started her career singing at local Las Vegas venues where her unique and prolific songwriting and contagious melodies helped her to play bigger venues, including The Linq, Monte Carlo, First Friday Festival, The House of Blues, The Hard Rock Cafe and more. She has also had the privilege of opening for the likes of Montgomery Gentry, Lee Briceand Eli Young Band.

“Performing live music professionally in Las Vegas was a huge blessing, but Nashville is where I belong – creating songs by day and performing at night. I’ll see ya’ll out on the road!”

You can listen to Megan live on Grand Ole Opry Radio (650 AM WSM) this Friday, November 24th at 5pm. On December 14th, she will appear on “Today in Nashville” (Channel 4). That same evening at 9:30pm, she will be promoting her Christmas single at her show Santa Claws at Millennium Maxwell House. The performance will benefit theNashville Cat Rescue.