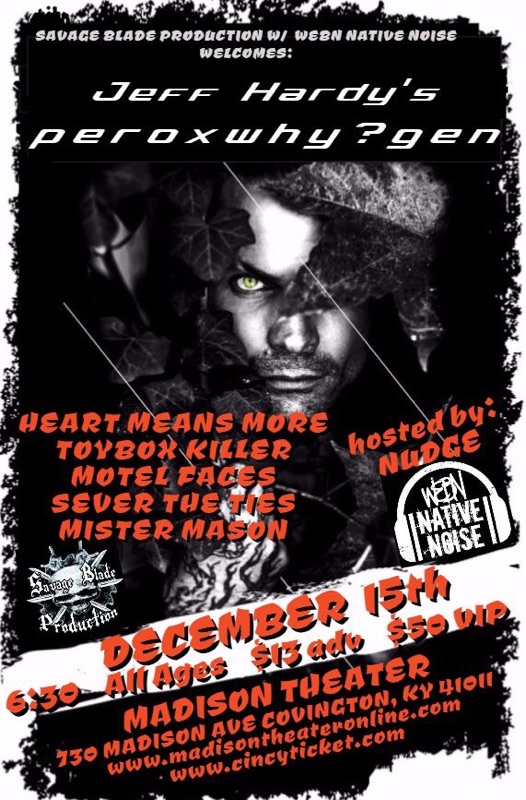 Nashville, TN (December 4, 2017) – Professional wrestler and singer/songwriter JEFF HARDY will be performing live at the Madison Theater in Covington, KY on December 15. He will be joined by local musicians Heart Means More, Toybox Killer, Sever the Ties,Mister Mason and Motel Faces.

General admission tickets are $13 in advance and $18 at the door. VIP tickets, which include a meet and greet and photo opportunity with Jeff Hardy, early entry, special seating, collector’s laminate and a signed show poster, are available for $50.  Tickets can be purchased HERE.

For more information, including upcoming tour dates, visit JeffHardyBrand.com and engage with Jeff Hardy on Instagram and Twitter. You can purchase a copy of Jeff’s new record, “Precession of the Equinoxes,” HERE!