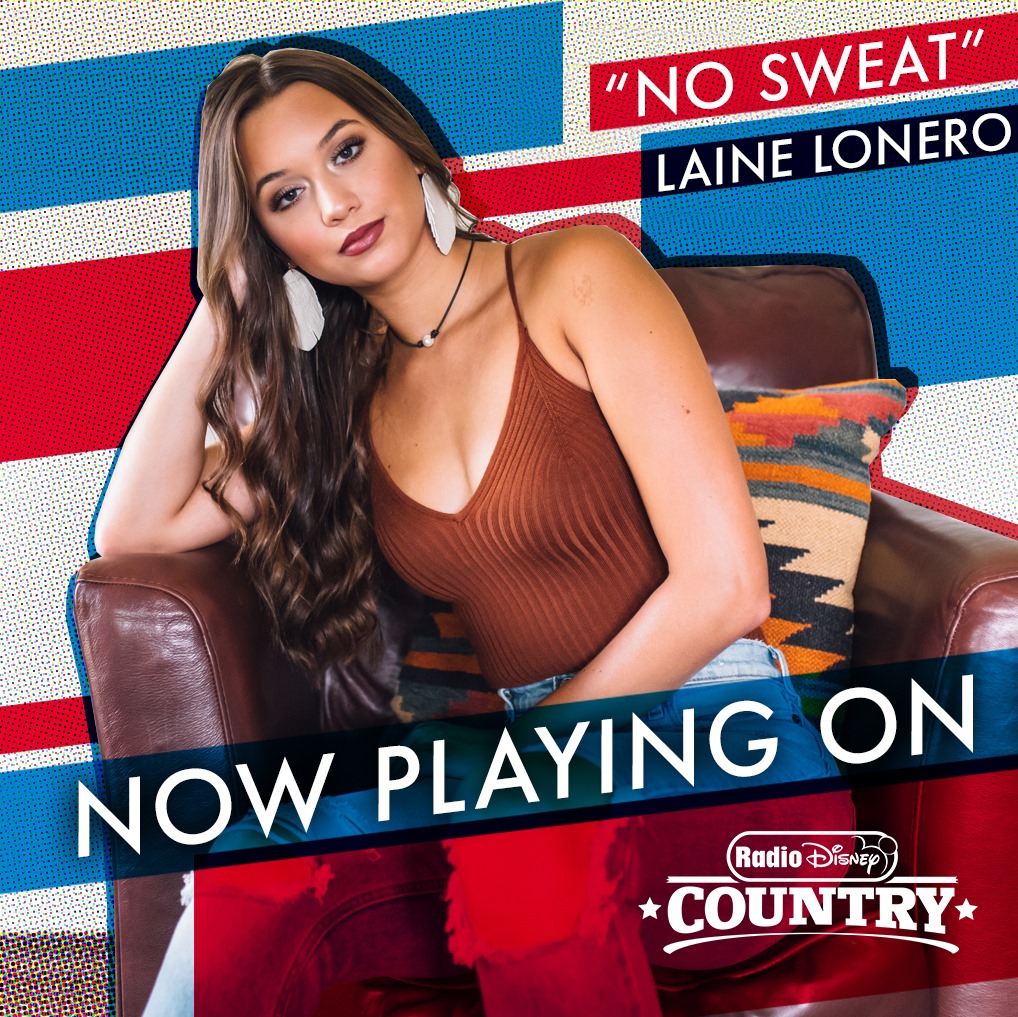 Nashville, TN (October 2, 2020) – Country-pop singer/songwriter Laine Lonero released the official music video for her debut song, “No Sweat,” with an exclusive premiere from Radio Disney Country. The video, directed and filmed by Lexy Burke (Films by Lex – Best of Nashville 2019), can be viewed HERE!

“No Sweat” has already garnered over 25K Spotify streams and has received rave reviews. The country music blog Raised On It boasted “Laine Lonero is quickly becoming one of the most recognized voices across the industry and with the release of her debut single, No Sweat, she is set to become widely regarded as the ‘next big thing’ thanks to her soaring vocal and standout songwriting skill.”

Laine has also been featured in prominent publications like The Country Note, Vents Magazine, BuzzMusic, Medium, Belles and Gals, Music and Tour News and more.
About Laine Lonero:
Born and raised in The Pelican state of Louisiana, singer-songwriter Laine Lonero earned accolades for her performances in musical theater and opera from an early age. She penned her first song at 13 and went on to win a song-writing contest in Nashville. In 2016, Laine was featured on 4 Kidzbop CD’s and has continued to write and perform throughout her home state and in Nashville, Tennessee. Her newest single, “No Sweat,” hit country radio stations across the country on September 18th.

Talented and driven, Laine displays her potential as a trendsetter in Gen Z pop country music with relatable lyrics and powerhouse vocals. Proficient on guitar and piano, Laine is paving her way to a successful career in the music industry.

In addition to music, Laine actively volunteers for local charities and participates in theater, dance team, and the student council with her high school.