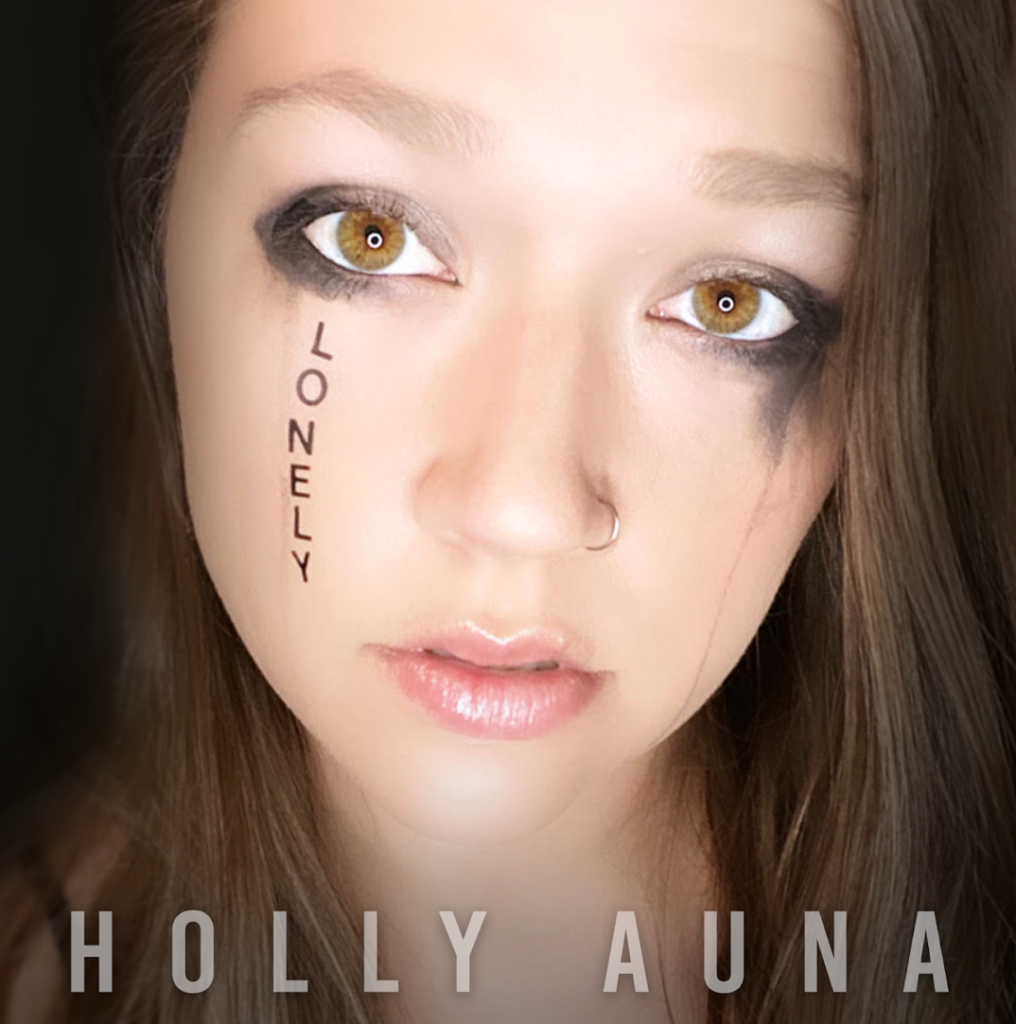 Nashville, TN (October 15, 2020) – Singer/Songwriter and verified TikTok star Holly Aunarecently released her new single “Lonely.” The song charted at #1 on iTunes less than 24 hours after its debut. You can listen to “Lonely” HERE!

With pensive lyrics like those aren’t my eyes I’m looking into, and my smile to me, is way too easy to see through, is it just me, ’cause everyone else seems to think, we’re everything happy people should be, Holly Auna reminds us with “Lonely” that things aren’t always what they seem.

“When I was in high school I wrote down the song idea I’m not alone, but I’m lonely and I held onto that idea for years,” Holly explains. “But, I think I had to really live it before I was able to write it. In 2017, I sat down with two of my best friends, Lydia Dall and Dan Kozlowski.  We talked, we cried, we wrote.  I don’t think I’ve ever been as honest as I was while writing this song and that’s probably why it is still my favorite song I’ve ever written. Ten years in the making, I’m glad Lonely is finally being released into the world.”

About Holly Auna:
Holly Auna started as a small-town girl who grew up on a farm in Southern Indiana learning how to play her guitar around bonfires before playing hundreds of shows at venues all around the Louisville, KY area. Over the last 10 years, she has traveled back and forth between Nashville and New York City writing music and playing shows.

Her most recent album, “Love Shouldn’t Be So Hard,” released on June 7, 2019, hit #12 on the official singer/songwriter iTunes charts. On the day of the album release, Spotify’s playlist curators chose Holly Auna’s song “Secrets” for their officially curated playlist “Take it Slow.” During CMA Fest of June 2019, Holly Auna was nominated for four fan-voted WOBA awards and won in two categories: Top Song for her single “Meet Me at Midnight,” and Top Charisma.

In 2017, Holly received her first cut as a songwriter with “There’s This Boy” on country artist Tenille Arts‘ album “Rebel Child.” The album reached #4 on the Country iTunes Chart, and the song was in rotation on Radio Disney Country on SiriusXM radio.

Holly Auna has been featured on songs such as “Last Man Standing” and “You Haunt Me,” both released under Quartzo Records, “Where Were We” released on Knightvision Records, and “Too Close” with Nashville production duo Zindee.

At the age of 19, she signed a deal with the Disney Network where they featured her original music on the Disney Stars YouTube Channel.

Holly now plays many shows in the Nashville indie scene with her band and spends her days writing songs for other Nashville artists. She currently has cuts with artists such as Tenille Arts, Zindee, Corinne McKnight, Ian McConnell, and Kassidy Lynne.

In the summer of 2019, she went on her first tour, The Test Drive Tour, with Americana artist, Joshua Hunt, hitting many cities along the east coast. Her second tour, “The Spring Fling Tour” scheduled to hit many cities across the southeast, was canceled due to the COVID19 pandemic.

During the quarantine of 2020, Holly Auna built her TikTok following from nothing to over 350K followers.  Now she is a verified TikTok creator and has partnered with TikTok where she performs original music on TikTok LIVE for at least one hour every day.

In June of 2020, Holly Auna released “Water,” her the first single off of her upcoming full-band album to be released in 2021. “Water” passed 100K Spotify streams in the first month and was in rotation on Chicago’s Big 95.5.