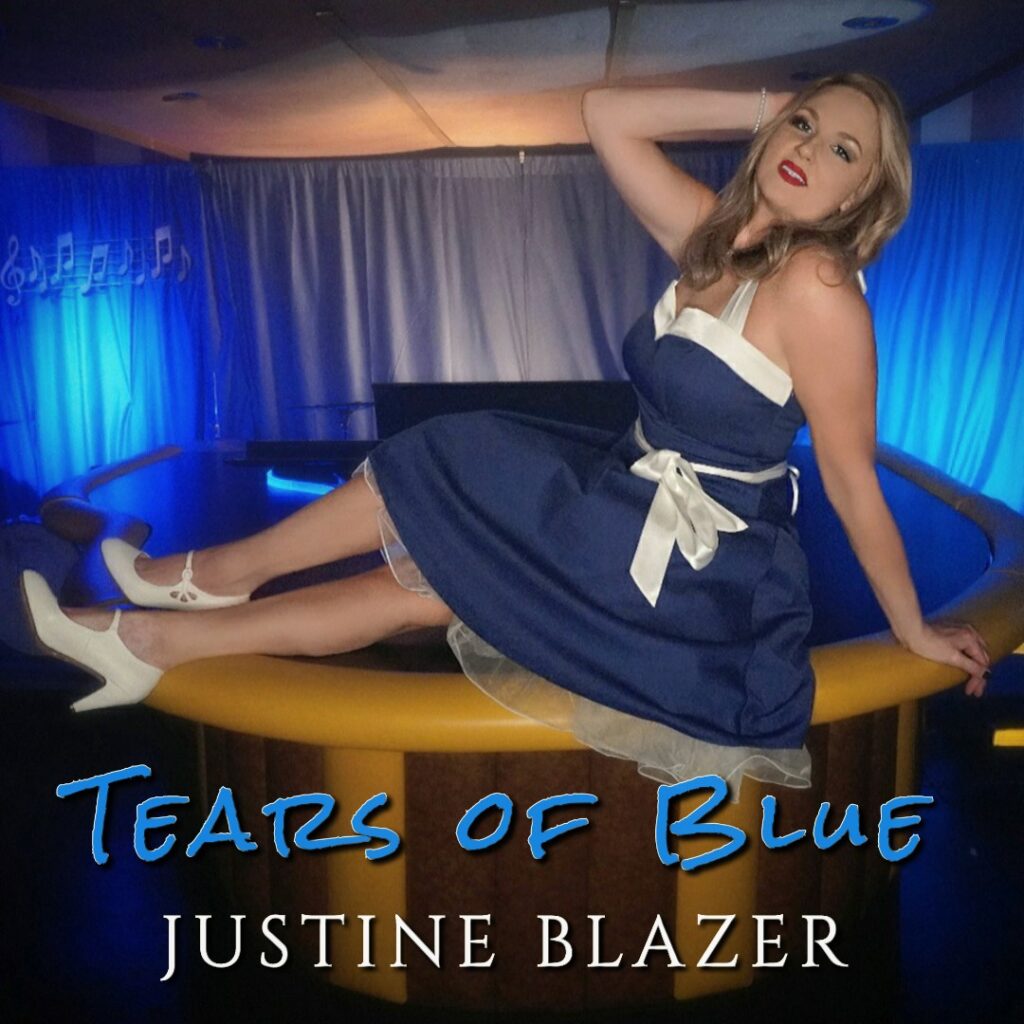 With jazzy lyrics like what do I do with this lonely heart of red, after I had given it to you, but the whole time you were playing with my head, like I’m just some game you use, “Tears of Blue” is already a favorite amongst listeners. The single was recently named “Best Blues Song” by the World Songwriting Awards and has over 6K streams on Spotify. You can watch the official music video for the single HERE!

“Tears of Blue is a Motown-inspired, bluesy, mid-tempo ballad,” Justine explains. “It reflects crying over losing the love of your life – but in the end, it makes you stronger. Being from Detroit originally, I wanted a song that embodied the true heart and soul that city has. I grew up listening to Etta James, The Temptations, Sarah Vaughan, Martha Reeves, Aretha Franklin and more. I love that “Doo Wop” vibe and that sound truly resonates with my writing and performance.”

The album has been receiving rave reviews from fans, radio and press, and has been featured in publications like Billboard Magazine, Spinex Music, Broadway World, Nash in Tune, The Sounds Won’t Stop and more. She was also featured on the cover of Lazie Indie Music Magazine‘s August edition.

About Justine Blazer:
Nashville-based producer, singer, songwriter, composer and recording artist Justine Blazer has been taking the musical world by storm – earning seven #1 singles on various independent charts. Her unique style of edgy country/pop/rock is infused with a hint of Detroit soul and modern vibes. She is a member of The Recording Academy/GRAMMYs, Country Music Association and Academy of Country Music. Having opened for the likes of Jason Aldean, Justin Moore, Lee Brice, Kathy Mattea, Regis Philbin, Lonestar and more, Justine has also received endorsements from Luna Guitars, Dean Guitars, Ram Trucks, Chrysler Incorporated and more.

Justine received nine nominations for this year’s Josie Music Awards, which will take place on October 23, 2022 at the Grand Ole Opry in Nashville, TN. She released her debut blues album, “Girl Singing the Blues,” on August 30, 2022. The record reached #1 on the iTunes’Top 100 Blues Albums chart, #1 on Amazon’s Best Selling Vocal Blues Albums chart and #1 on Amazon’s New Releases in Vocal Blues chart.