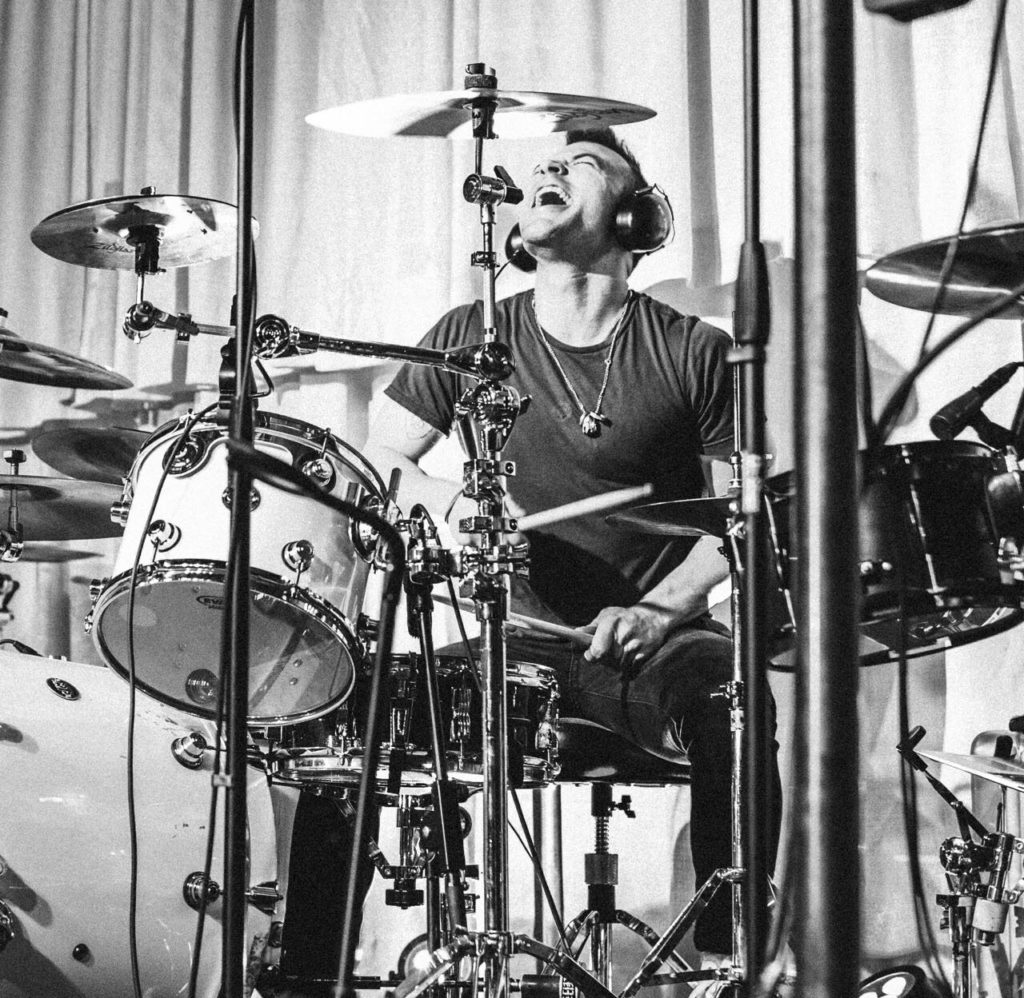 The self-proclaimed “massive cowbell fan” manages to explain music industry lingo, while providing comical commentary and experiences from his life on the road. He breaks down the construction of the drum set, explaining the names of each part, while covering topics like early morning wake up calls, sub-par hotels and post-show traditions.

Marshall uses his silly personality and enthusiasm to connect with his audience. His love for drumming is very apparent in his vlogs, which is sure to resonate with viewers. “Soundcheck is always my favorite thing,” Marshall exclaims. “You can just feel the power of the drums when you hit them!”

Born in Hollywood, Florida, 28 year old Dru Marshall has always had a soft-spot for music. Inspired by the 90s band Hanson, Marshall began playing the drums at the young age of eight. His dedication to his craft would soon become much more than just a hobby; it became a way of life. After playing in several thrash-metal, pop-punk and cover bands, Marshall signed his first record deal at age 25. “Everything I’ve ever achieved in life has been a result of saying ‘yes’ and taking risks.”

Marshall is currently performing with pop artist Joshua Micah and is gearing up to embark on the next leg of Micah’s “Revival” tour, starting on April 17th in Memphis, Tennessee. Follow Dru Marshall’s YouTube channel for a behind-the-scenes look and connect with him on Instagram, Facebook and Twitter.