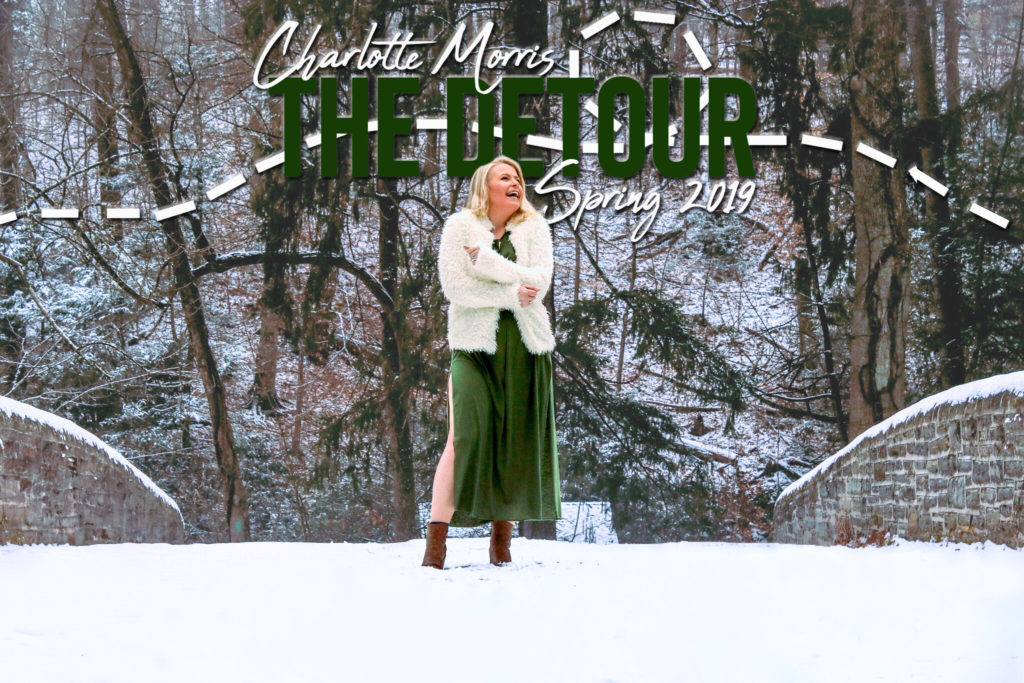 “A year ago, if you had told me that I would be doing a solo acoustic tour across the country, I would have laughed – it just seemed so far out of the realm of possibility,” Morris explains.  “But this past year, I’ve taken bigger strides than I ever could have hoped to take. I’ve thrown my heart and soul into my music, and The Detour is the culmination of my hard work. With this tour, I’ve proven to myself just how capable I am. I’m so excited to reach new audiences, to see new cities, and to continue pushing myself to step out of my comfort zone and make a difference with my music.”

Charlotte draws inspiration from many of her favorite artists including Delta Rae, Brandi Carlile, Christina Perri and folk legends like Peter, Paul and Mary and Simon & Garfunkel. Her songs, which are mostly auto-biographical, also reflect her years in the theatre, with nuances and lyrical specificity akin to musical theatre writing. Described as “the love-child of Judy Collins, deftly playing her violin, guitar and our heartstrings”, Charlotte’s music and charming on-stage presence leave audience members wanting more.

About Charlotte Morris:
Reigning from Philadelphia, Pennsylvania, Charlotte Morris is a New York based singer-songwriter whose music showcases a unique blend of folk, pop and rock music. From her lilting folk ballads to her rock anthems for a new generation, Charlotte displays a wide aptitude for various styles.

Charlotte released her debut EP ‘To New York, with love’ in June 2018, which received recognition from newspapers and music blogs worldwide. Songs from the EP have been added to numerous Spotify playlists and ‘Call Me Baby’, the 2nd track, has now been featured on MusicTo for 9 consecutive months. Charlotte plays shows in NYC frequently, with recent venues including Feinstein’s/54 Below, Rockwood Music Hall, Parkside Lounge and more. She released her latest single, Shine on February 20, 2019 – World Day of Social Justice.