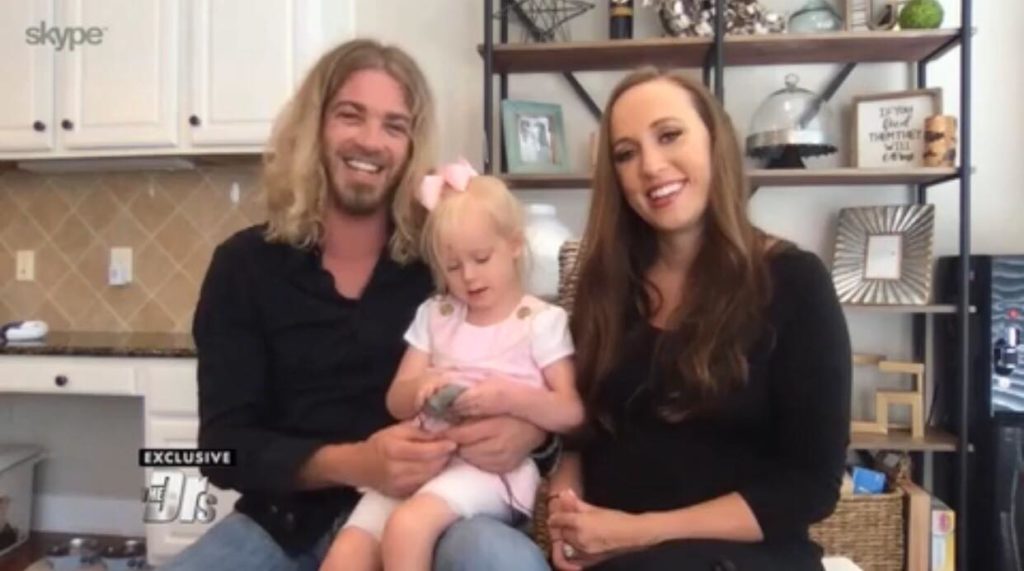 Nashville, TN (September 17, 2018) – Country star and American Idol finalist Bucky Covington recently appeared on TV’s The Doctor’s to give an update on his daughter Kennedy’s health. You can watch the episode HERE!

Since first appearing on the show in 2015 and starting treatment with a heart medication, Kennedy’s Infantile Hemangioma, or “Angel Kisses” as the precious three-year-old calls it, has greatly improved.

“She’s quite the dancer,” Covington professes. “She just had her recital a couple of weeks ago and I noticed all of the outfits are sleeveless dresses. That could have been a very devastating moment for my daughter, but instead, it was an absolutely amazing moment for my daughter. During rehearsals, she was just able to be normal and learn how to dance.”

The Country star recently released his newest single, “Probably Won’t,” which is currently #28 on the Music Row charts. You can download the song HERE!

Bucky Covington’s self-titled debut CD opened at #1 on Bilboard’s Top Country Albums chart, with the biggest first week of sales for any debut country artist that year. He went on to become the best-selling debut artist of 2007, delivering three consecutive Top 10 singles to country radio (“Different World,” “I’ll Walk,” “Good to be Us”) and a total of six charted singles.

In addition to competing on the fifth season of American Idol, Bucky’s national television appearances have included Good Morning America, Live with Regis and Kelly!, Jimmy Kimmel Live!, The Tonight Show, The Ellen Degeneres Show, The Doctors and Fox and Friends.