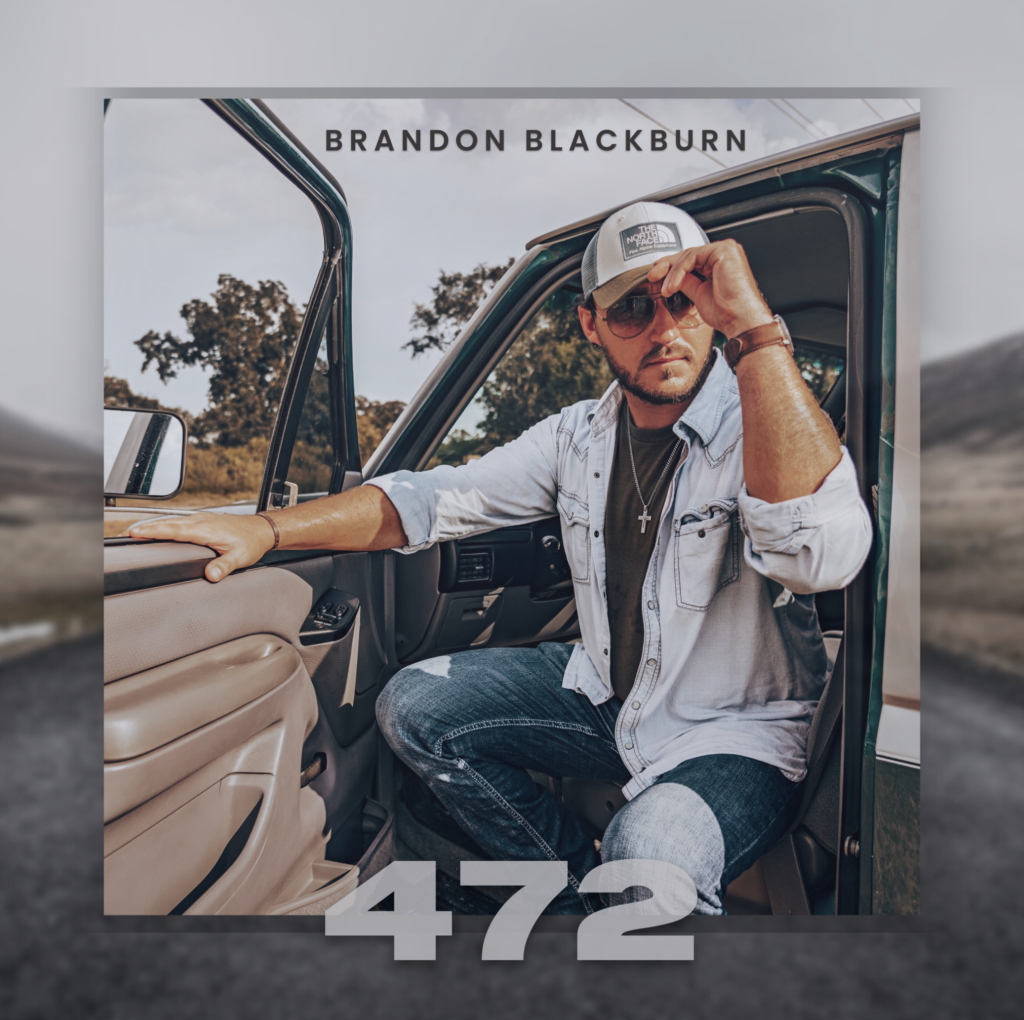 With spellbinding lyrics like my gypsy soul rolls from town to town, with different faces and different crowds, all my life I’ve never known someone to miss me when I’m gone, “472” describes a bittersweet romance for a touring artist.

“I wrote 472 about a long distance relationship that I was in, as I was seeing someone in Nashville at the time,” Brandon explains. “Being a musician, I’m always on the road performing. I absolutely love traveling and playing in places I’ve never been, but once I started seeing this girl, I found that instead of wanting to go on the road to these new places, all I wanted to do was make the long lonely drive to Tennessee. Those 472 miles from Orange Beach to Nashville were the only stretch of road I cared about. They gave me the inspiration to write my first original song and I hope the audience enjoys it as much as I do.”

About Brandon Blackburn:
Brandon Blackburn has loved music for as long as he can remember. Born in Memphis, Tennessee, he and his family moved all around the country during his childhood while his father attended medical school. “My father played guitar growing up and was really into the 80’s hair metal. He definitely gave me the passion I have for music and the love for that era of music definitely got passed down to me.”

After getting his first guitar as a Christmas present in third grade, Brandon’s father taught him the basic chords. Before long, he had mastered their favorite song – “Every Rose Has Its Thorn.” Heavily influenced by the likes of Eric Church, Poison, Nelly and Matchbox 20, Brandon has cultivated his own unique sound by combining modern country with a hint of alternative rock.

“I’m a jokester, so I’m always giving corny toasts and engaging with the crowd by making them laugh, making them drink, etc. I absolutely love taking requests and no request is too out there. At my shows, I’ll go from Bon Jovi and Alan Jackson to Prince and Slipknot…I’ve even busted out some SpongeBob SquarePants a time or two!”

Over the last four years, Brandon has been performing at local bars all over the gulf coast and, most recently, the entire southeast.  In 2021, he was awarded the honor of “Best Country Performer” by Lagniappe Magazine, a Mobile-based magazine that focuses on South Alabama.