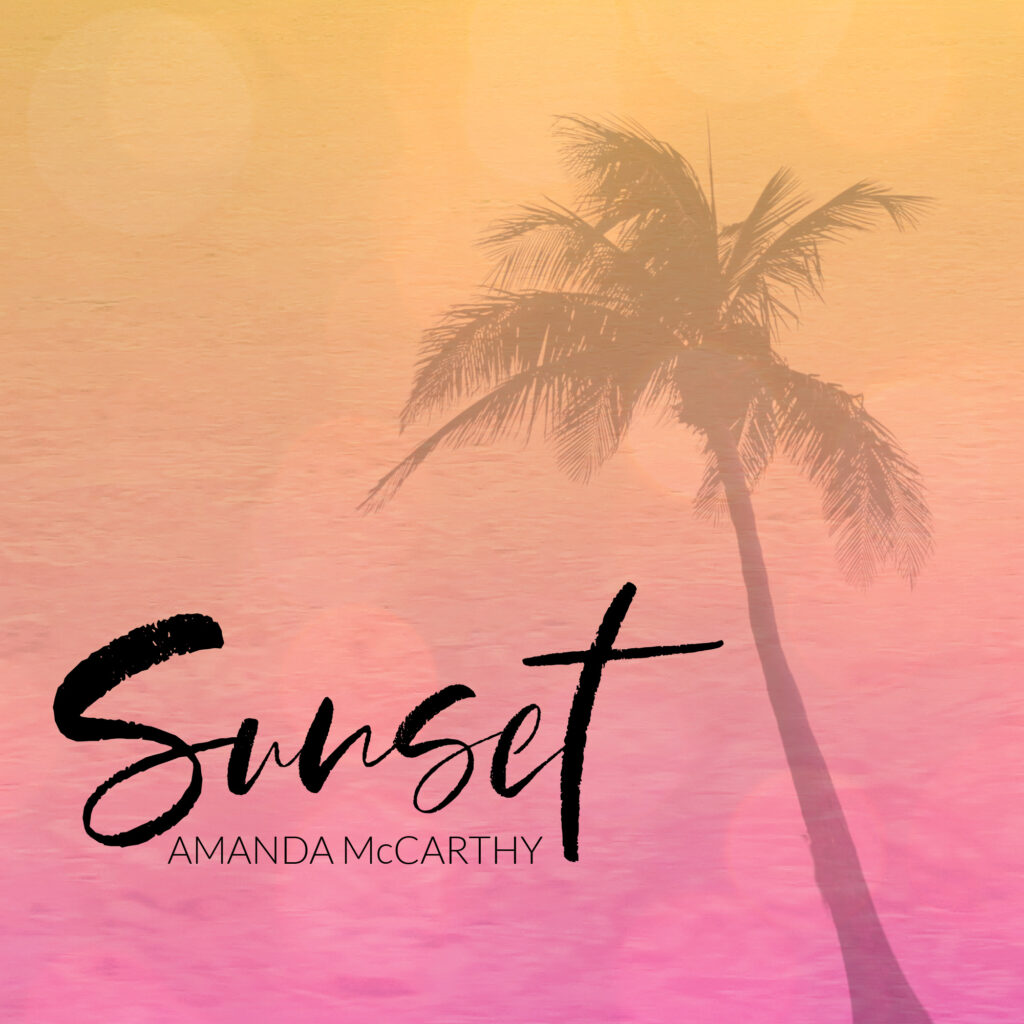 With whimsical lyrics like singing me to sleep with your melody so sweet, like a cherry on a sundae after a long day, Amanda’s retro-sounding new single will be a delicious addition to summer playlists.

“The origin of Sunset is partly literal and partly metaphorical,” Amanda explains. “The hook line came to me while watching the sunset in Los Angeles over the water. I knew instantly who the song was going to be about and started brainstorming. The weird part was this person texted me 5 minutes later – after we hadn’t spoken in months – so, that was my sign that I was on to something. My sound isn’t usually quite this pop/electronic, but I always let the song lead where it needs to go…and I really wanted to capture that moment in Los Angeles within the production of the song. My producer (Kristian Veech) helped me really lean into that LA-pop vibe with 80’s synth influences as well. This song will be part of my next studio album that I hope to have released by next spring.”

About Amanda McCarthy:
Amanda McCarthy is a storyteller compelled to speak the truth. Based in Nashville since 2020, with a 10+ year start to her career in New Hampshire and Massachusetts, she is an award-winning songwriter, entertainer and recording artist. Blending many influences, her original music is the infusion of pop, country, modern folk and rock – sprinkled with millennial snark and the heart of an old soul. Her debut album “Road Trip” was released in 2019 to high acclaim and she tours nationally when possible, with experience in all four corners of the country, including NYC and Los Angeles. Her single “Don’t Stop Me” was released on March 16, 2022.

Radio has been supportive with airplay on Nashville Daily, The River 102.5, The Bull 101.7, WKLB 102.5, ROCK 101, WATD 105.9, FRANK 106.3, NH + MA 104.9  and others, including college and online radio, with “San Diego” hitting #1 on SheWolfRadio (Nashville) and #6 on Sweet Sunday Sounds (Australia), “Folk Song” hitting #3 on Ignition Country(UK), “Tiki Bar” hitting #9 on Radio A1A (Florida) and “Sticks and Stones” hitting #1 on ipmNation (New Hampshire). “Sticks and Stones” was featured in the documentary “Bullied to Silence” and Amanda’s music has been used as the theme song for several programs/organizations.

Amanda is looking forward to several cuts by other artists along with her own releases throughout 2022. She currently performs solo acoustic, as a duo/trio, and with her full band.