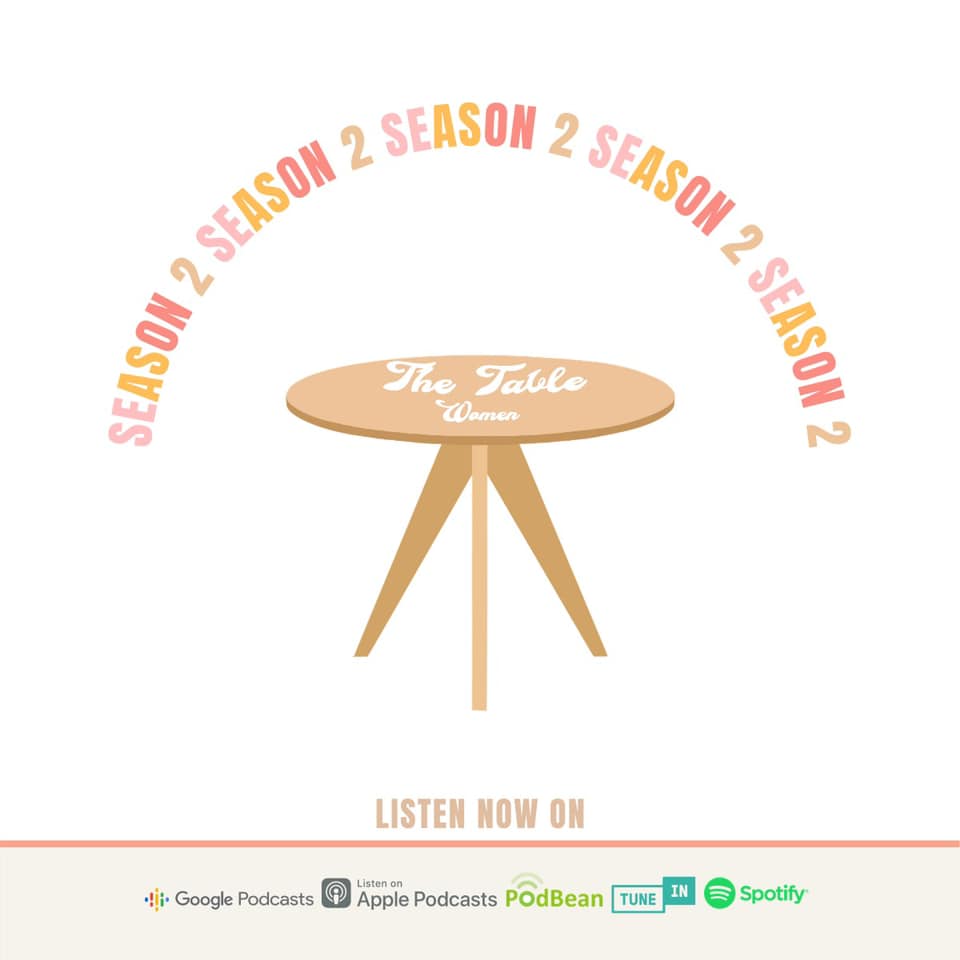 “The Table Women,” which focuses on women in entertainment, provides a fun, easy-going and safe space to discuss the ups and downs of the female experience in the industry. Whether it’s comparing stories with guests, chatting about new projects, or discussing how women can change (and have changed) the industry for the better, the podcast aims to always provide an honest look into what it takes to get your seat at the table and pull up a chair for the next person in line.

The hosts had a very successful first season, reaching the top 10% of podcasts globally and earning a 5-star average rating, with notable artists like Mickey Guyton and Sara Evans sharing their own personal experiences in the music industry. Season 2 promises to be just as inspiring and dynamic, with interviews from Leslie Fram (Senior Vice President of Music Strategy for CMT), singer/songwriter Maggie Rose and Todd Cassetty (founder of the Song Suffragettes). Season 2 also includes diversity in careers, featuring a celebrity stylist, professional curve model, entertainment lawyer and more. In addition, it will be dedicating a special episode to BIPOC and LGBT+ creators.

About Victoria Banks:
Victoria Banks has been nominated for 11 Canadian Country Music Association (CCMA) Awards and was named CCMA Female Artist of the Year and Songwriter of the Year in 2010. She has been labeled “one of the best songwriters in the business” by Nashville’s MusicRow magazine. In addition to releasing four self-produced albums and touring with artists from Reba to Wynonna, Banks – who hails from Muskoka, Ontario – has written ASCAP, SOCAN, CCMA and Covenant-award-winning songs for more than 50 artists.

In 2020 Banks received critical acclaim for several songs on the Bridges EP released by Grammy-nominated Mickey Guyton, including “What Are You Gonna Tell Her”, which Guyton performed – backed by Keith Urban – on the 2020 Academy of Country Music Awards to make award show history as the first Black woman ever to perform an original song.

Victoria’s other cuts include Jessica Simpson’s Billboard record-breaking single “Come On Over,” Sara Evans’ solo-written hit “Saints & Angels” and duet “Can’t Stop Loving You” (featuring Isaac Slade of The Fray), Lauren Alaina’s “Queen of Hearts,” Carly Pearce’s “Dashboard Jesus”, Johnny Reid’s CCMA Song of the Year “Dance With Me”, and songs in film and TV including the Breakthrough, Dancing With The Stars, American Idol, and Nashville.  She was featured on an episode of NBC’s Songland, performed alongside the Nashville Ballet as part of their Attitude program – for which several of her songs were choreographed including the program’s title, City of Dreams – and became a podcast host with the 2020 launch of The Table Women.

About Sarah DeFors:
Sarah DeFors is an artist-songwriter specializing in pop, hip-hop, rap, and sync originally from Northern California, currently based in Nashville TN. She began working regularly in the LA music industry at 15 and has toured the west coast as both a headliner and supporting act for artists including Daniel Bedingfield. After honing her skills in LA, Sarah made Nashville her permanent home and spent the first year learning the ropes of the music industry by working behind the scenes in publishing and artist development. She cut her teeth in Country Music and top-lines for many artists across genres, working with both hit songwriters and up-and-coming talent. She’s had multiple artist cuts, participates regularly in writing camps for major artists, and has enjoyed her own independent radio charting success. Sarah prides herself in the diversity of her creative knowledge, working with teams in LA, NY, ATL, Nashville, and Miami writing in both English and Spanish, and is known for her dynamic pop sound, powerful voice, and well-crafted lyrics. In 2020 Sarah became the founder and host the popular podcast The Table Women.