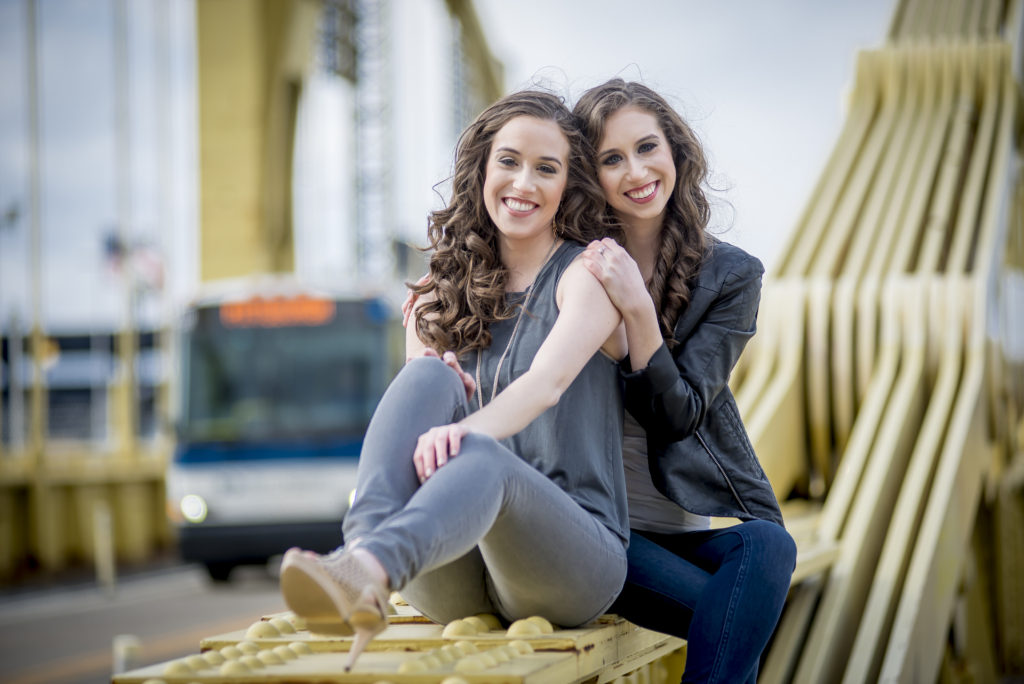 Nashville, TN (March 20, 2017) – Country music duo, The Hobbs Sisters, were recently crowned the winners of Nashville Rising Star – a highly competitive open-mic songwriting competition.  After winning over the hearts of both the audience and industry judges in the preliminary rounds, Lauren and Hannah Hobbs ultimately won the Series 8 of the competition with their original song, “Boomerang.”  You can download it HERE!

The catchy, upbeat tune features relatable lyrics, such as “it’s like a boomerang thrown that you hope comes back, let’s prove that opposites attract, we’re fire and ice sitting down at a table, it’s bound to be just a little unstable.”  The single is definitely a memorable one that will surely be running through your head all day!

“When we started writing the song, it had a negative meaning – like a bad love you keep coming back to.  Then, we began to think about how even when people are opposites, if you are meant to be together, your love will always come back to you…like a boomerang!”

Growing up in Peters Township, Pennsylvania, twin sisters Lauren and Hannah Hobbs grew up singing both around the house and in their church choir.  They were bitten by the songwriting bug while in high school and have continued writing music ever since.  “Our songs have been inspired by all kinds of ideas and people,” Lauren reflects.  “We’ve written songs about our own relationships, our family, titles from books and even random words or phrases that people have said.”  Hannah adds, “It’s so much fun to see how songs evolve into the final versions.”

Inspired by country music stars Martina McBride, Miranda Lambert, Maren Morris and Little Big Town, The Hobbs Sisters combine their big voices and melodic harmonies with their high energy performances on stage.  “We think that our sound as a duo makes us unique.  Our main focus has always been adding creative and different harmonies to the songs we sing and the songs we write.”

The Hobbs Sisters have already achieved great success in their young career.  They’ve had the opportunity to open for some of the biggest names in country music, including Lady Antebellum, Aaron Tippin, Brett Eldredge and The Swon Brothers.  After graduating from Wake Forest University in 2014, they shared the stage with Jana Kramer, Maddie and Tae, Cassadee Popeand RaeLynn as part of Y108’s Girls with Guitars concert.  In 2016, they released their latest EP, Love Hangover, which contains five original songs co-written by the sisters.

Lauren and Hannah now call Nashville, Tennessee their home and continue to write and play music all across the country.  They continue to keep their humble, positive attitudes and look forward to what their future brings.  “Our favorite part of being in Nashville has been the countless opportunities to learn from other writers.  There is always so much to learn from working and interacting with others in the music industry.”