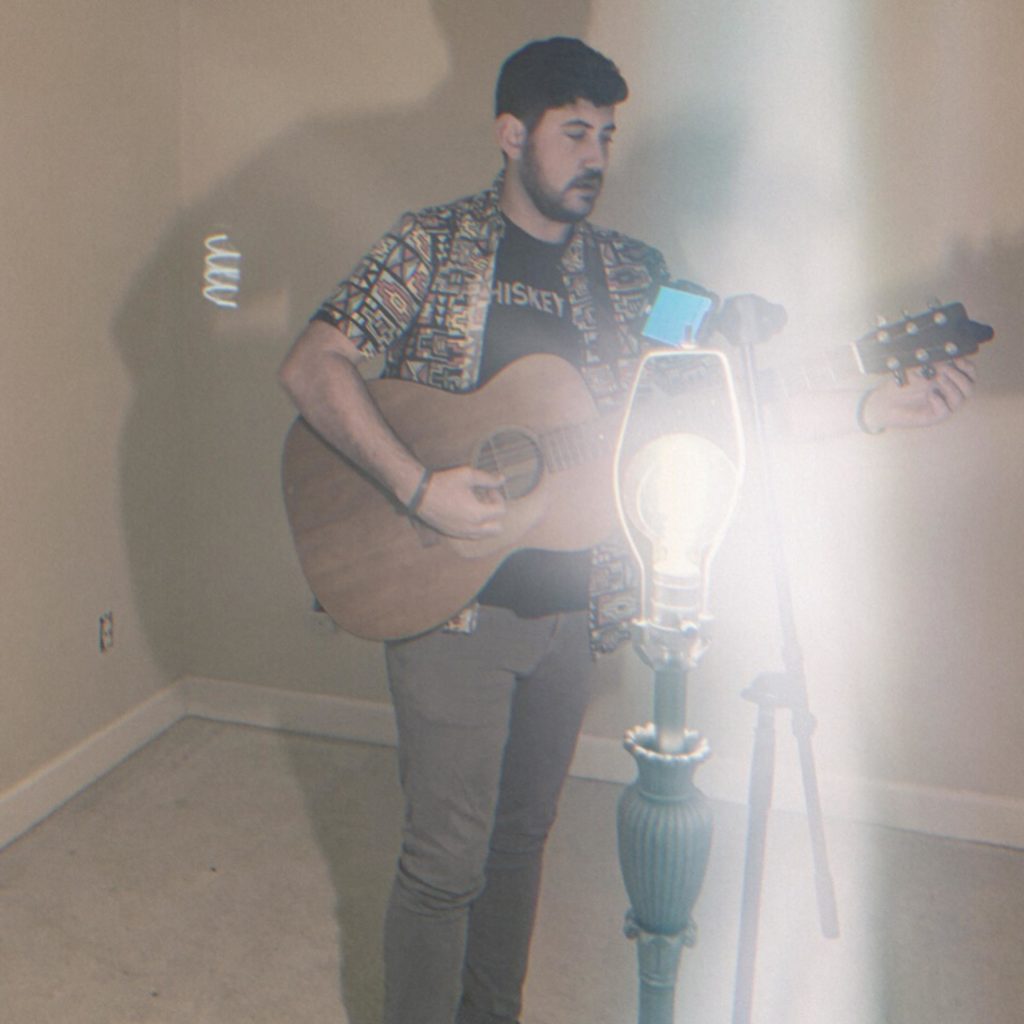 With melancholy lyrics like in the corner booth, there’s a shaky old man, picking up his coffee cup, with lonely hands, “Waffle House” was inspired by a couple whose relationship was ending because of infidelity.

“One night, a show I was watching on Netflix triggered some feelings that I hadn’t felt in months,” Herb explains. “It was a story about a couple’s relationship ending over infidelity. Waffle House is a sad song. Sad songs make me happy because they give me a sense of community – they show me that I am not alone in feeling alone, or that someone else had a similar experience to me.”

“Earlier this year, I thought it would be a cool idea to release a project called “here are my flaws” – a series of songs that I love dearly but I wouldn’t necessarily record because they don’t fit my brand or image. I would record all of them as raw as I could do it, with my phone’s microphone. Well, I’m Samuel Herb, and here are my flaws.”

About Samuel Herb:
Samuel Herb is a singer/songwriter originally from Jacksonville, FL. After placing second in American Songwriter Magazine’s Lyric Contest, Herb decided to make the move to Nashville in 2016, where he quickly fell in love with Americana music. He released his debut single, “Dirty.” which wound-up in the Top 10 on the iTunes Singer/Songwriter chart and has since been streamed nearly 40,000 times in over 50 different countries.
In October of 2018, Herb released his second single, “Someone Else’s Dream,” which again debuted in the Top 10 on the iTunes Singer/Songwriter chart and quickly grew to a crowd favorite for live shows. It was after writing that song with his producer, Mark Caldwell, that Herb quit his job to pursue music full time.
In Spring of 2019, Herb’s self-titled, debut EP was released featuring six songs, all of which are completely different in story and sound. The EP also made it to #10 on the iTunes Singer/Songwriter chart when it debuted.
Since making the move to artist in 2018, Samuel has shared the stage with Rodney Atkins, Jamie Lin Wilson, Son Little, Pokey LaFarge, Amythyst Kiah, Hush Kids, Tyler Hilton, Erin Rae, Shawn James and many more. In such a short time, Herb has played in over 23 states, tallying up hundreds of shows in the past two years. Herb’s love of storytelling brings audiences into his mind, while his “in your face sound” shows off his personality. His love of country music, combined with the sounds of Motown and even Disney music are apparent when listening to his stories.
For more information, visit www.samuelherbmusic.com and follow Samuel on Facebook, Instagram and Apple Music.