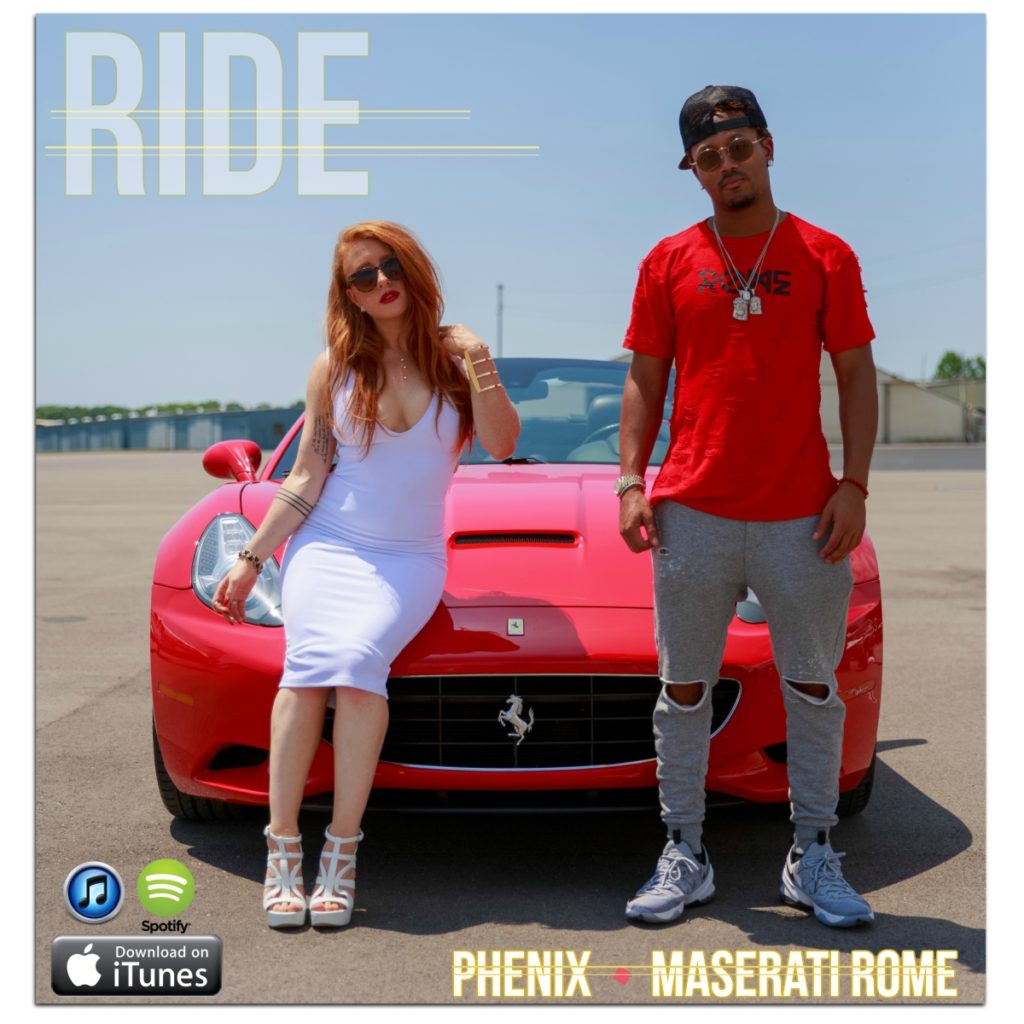 Nashville, TN (July 6, 2017) – Roxul Pop newcomer, Phenix, is set to release “Ride,” featuring Maserati Rome, on  all digital music platforms starting July 17th. “I really wanted to show a different side of me with this one and just give my fans something to rock out to this summer,” Phenix gushes. You can preview the single HERE!

“When they sent me the track, I wasn’t too sure what to expect,” Maserati Rome explains. “But, as soon as I heard Phenix’s voice on the hook, I knew I had to jump on it!”

Known for being a theatrical genius, Phenix never disappoints her fans with lack of creativity. In what promises to be a summertime hit, Phenix and Maserati Rome prove they know how to get the party started and have a blast in the official video for “Ride,” also slated to be released on July 17th.   You can preview the video HERE!

About Phenix: Nashville’s own powerhouse rebel Phenix is making a name for herself standing apart from the common flow. A visionary singer/songwriter and producer, Phenix has crafted a sound completely her own. Having been described as a blend of soulful warrior infusions, catchy pop melodies and gutty rock edges, Phenix has curated what is the Roxul Pop Movement. Phenix has well established her persona to be a true reflection of her movement. “A visual assault that will attack all your senses” Phenix ramps you up with the warrior energy and takes you on a journey to another planet. By giving you more than a show – by giving you an experience, Phenix will always leave you with something to go home with, something to think about and something for your heart. Coming from a place of true expression and the beauty that becomes you once you have been bathed by life’s fire, Phenix is a movement.

About Maserati Rome: Maserati Rome (formerly known as Lil’ Romeo and Romeo Miller) is known for being an actor, rapper, basketball player, model, fashion designer and entrepreneur. He found success as a teenager on the Nickelodeon show Romeo! and has starred in films such as Max Keeble’s Big Move, Honey, Jumping the Broom and Madea’s Witness Protection. In 2011, he competed on the ABC hit show Dancing With the Stars. Maserati Rome has also founded four record labels; Guttar Music, Take A Stand, The Next Generation and No Limit Forever.