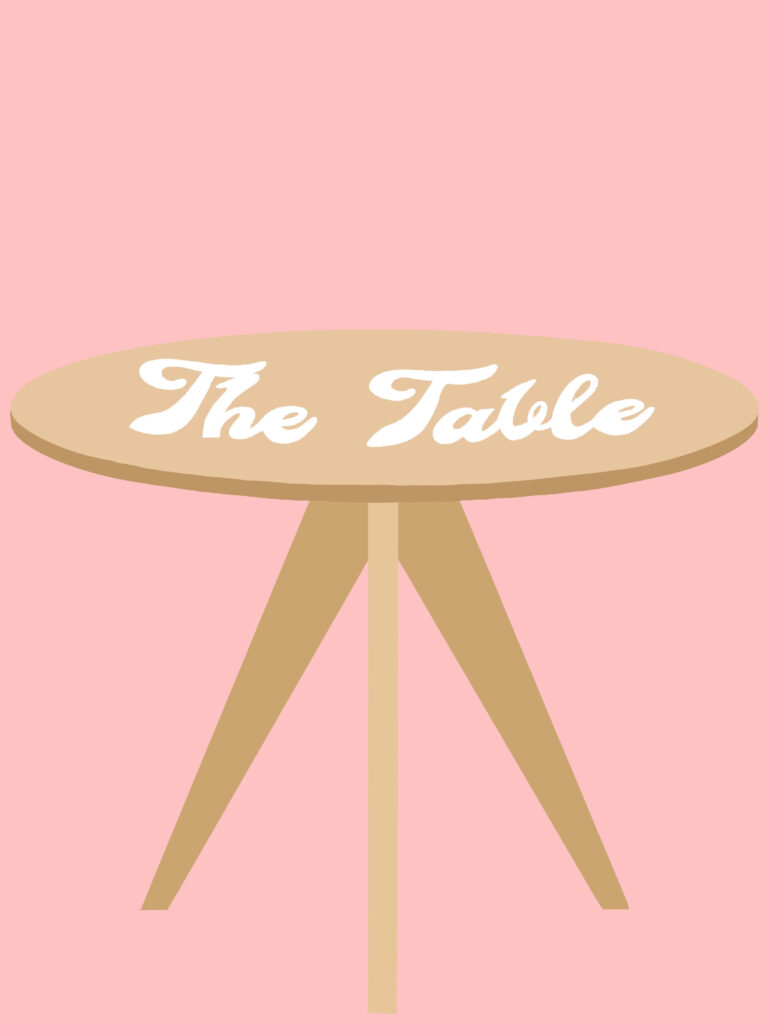 “The Table,” which focuses on women in entertainment, provides a fun, easy-going and safe space to discuss the ups and downs of the female experience in the industry. Whether it’s comparing stories with guests, chatting about new projects, or discussing how women can change (and have changed) the industry for the better, the podcast aims to always provide an honest look into what it takes to get your seat at the table and pull up a chair for the next person in line.

“I wanted to bring the conversations I’d been having behind the scenes for years about gender into the open,” Sarah explains. “There were a few months where I had nothing but meetings and co-write sessions with women and I noticed we all ended up having some version of the same conversation regarding discrimination. The idea for this podcast had been in my mind for a while and when quarantine happened, I just said why not? Victoria has always been incredibly open, supportive and kind, and she has always been willing to give advice and share her experiences as a woman. I couldn’t think of a better person to partner with. This passion project has turned into so much more than we could have hoped for and we are super excited to share it with the world!”

Season 1, which focuses on the music industry, features female guests like Mickey Guyton, Sara Evans, Emily Shackleton, Noreen Prunier and more. Season 2 is currently in production and is set to cover even more diverse topics and perspectives.

About Victoria Banks:
Victoria Banks is a 23 year veteran professional songwriter in the Nashville music business and has been labeled “one of the best songwriters in the business” by Nashville’s MusicRow magazine. She has been nominated for 11 Canadian Country Music Association (CCMA) Awards and was named CCMA Female Artist of the Year and Songwriter of the Year in 2010. In addition to appearing on NBC’s Songland TV show, releasing four albums (including her latest Uncovered record on which she wrote, produced, arranged, engineered, and played every instrument on every track) and touring with artists from Reba to Wynonna, Banks – who hails from Muskoka, Canada – has penned ASCAP, SOCAN, CCMA and Covenant-award-winning hits including Sara Evans’ solo-written “Saints & Angels”, Jessica Simpson’s Billboard record-breaking “Come On Over”, and one of the most socially impactful singles of 2020, Mickey Guyton’s “What Are You Gonna Tell Her”. She has had cuts by over 100 artists including Carly Pearce, Lauren Alaina, Terri Clark, and Cassadee Pope, and has had songs featured in TV and movies like Breakthrough, Nashville, American Idol, and Dancing With the Stars.

About Sarah DeFors:
Sarah DeFors is a performing Pop artist/writer from Northern California, based in Nashville TN. She has been playing shows and writing songs since the age of 13 and began working regularly in the LA music industry at 15. After bouncing between LA and Nashville for 3 years, Sarah made Nashville her permanent home and spent the first year learning the in’s and out’s of the industry by working behind the scenes in publishing and artist development. While she specializes in Pop, Hip Hop and Sync, Sarah cut her teeth in the Country market and toplines for many different kinds of artists, working with both hit songwriters and up-and-coming talent. Sarah has had her songs on hold by and pitched to major artists, has had multiple independent artist cuts and has enjoyed her own independent radio success. She prides herself in the diversity of her creative knowledge, also working with teams in LA, NY, and Miami, and writes in both English and Spanish. Sarah has headlined festivals and opened for acts such as Daniel Bedingfield and is known for her sassy, soulful pop sound, powerful voice and well crafted songs.