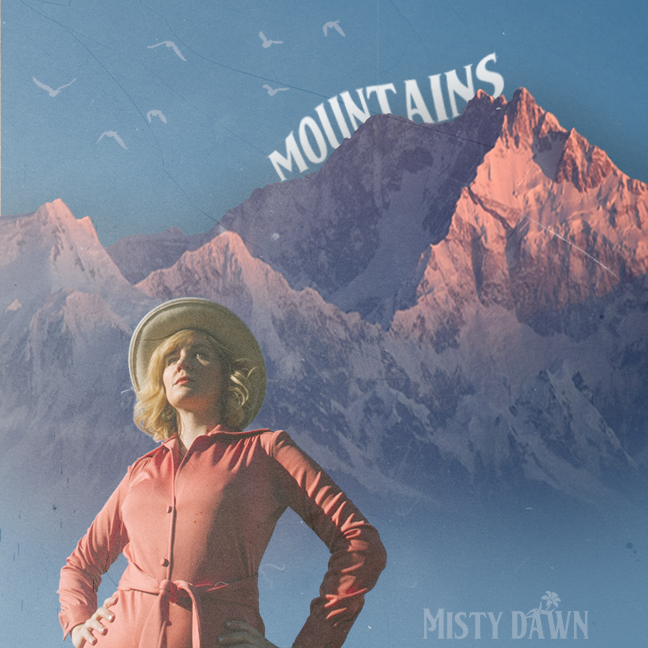 Produced and helmed by Dango Rose (Elephant Revival) and  Evan Reeves, “Mountains” (written by Misty Dawn) is a celebration of life, loss, and writing your own narrative. With uplifting lyrics like when the miles are behind us and it’s all said and done, we’ll look back at the road and how far we’ve come, and we’ll drink to the journey that lies ahead, and we’ll raise our glasses high, “Mountains” delivers a positive message during a time of such uncertainty. You can watch the official lyric video HERE!

“Misty Foster carries on the lineage of the great American songwriter in the silver laced simplicity of her delicate heart and her robust blossoming voice,” Dango Rose explains. “Reminiscent of a cross between Brandi Carlile and Emmylou, Misty isn’t afraid to cross conventional boundaries while staying true to a traditional form.”

About Misty Dawn:
Say goodbye to Bro-Country and hello to SHOW COUNTRY. Since the age of six, Texas native Misty Dawn has been performing in professional theatre and television productions. From hosting a video game review show on TV to being one of the puppet-artists-in-residence at St. Anne’s Warehouse for a season, Misty has a knack for exploring the art of storytelling. With a Theatre degree, several off-Broadway productions, and a few international tours under her belt, it’s no surprise that’s she’s infused her theatrical upbringing into her music. In fact, she’s calling her unique brand of country Show Country as it mixes elements of musical theatre, soul country, outlaw country and Americana into her music. While her sound harkens back to a classic country era and she looks to join the ranks of the Ameripolitan crowd, her message is anything but traditional. Misty takes a no-nonsense approach to re-writing the topics women typically sing about with songs about traditional female roles, poking at the holes in religious and political establishments, and embracing a brazen, sexually empowered version of a woman.