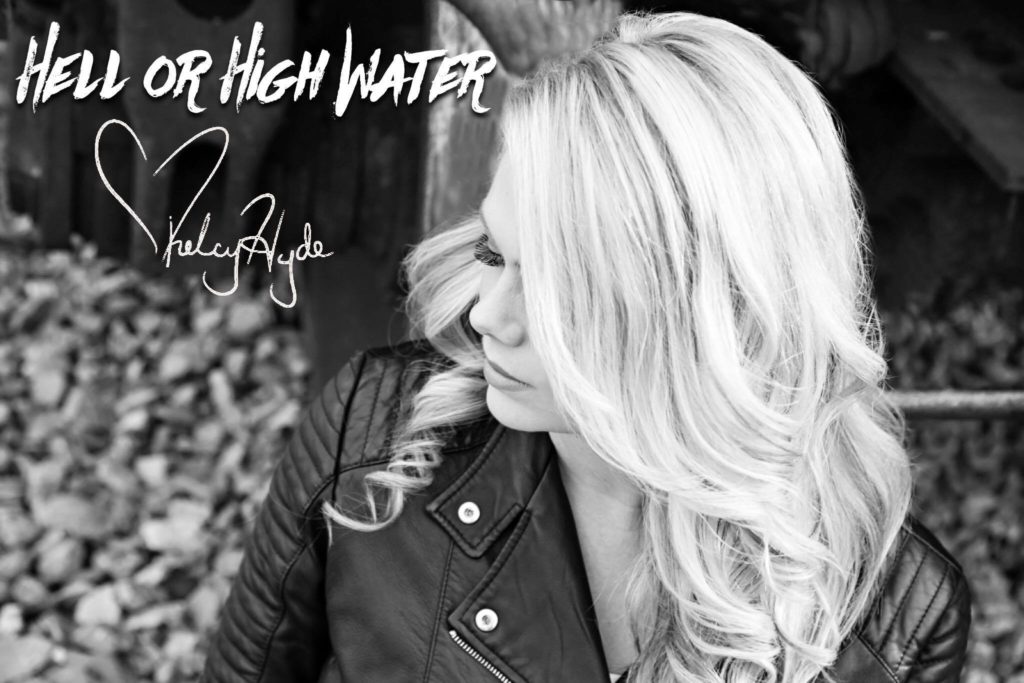 Nashville, TN (April 24, 2017) – Singer/songwriter and country sweetheart Kelcy Hyde recently released her latest single, “Hell or High Water,” to iTunes. With lyrics like “And even if life breaks our hearts and our bones, I’ll love you and never let go, come Hell or high water,” the enchanting ballad is sure to hit the hearts of many.  You can download the song HERE!

“I’ve always wanted to write a love song for the people who don’t give up – against all odds,” Hyde explains. I truly believe that if you love someone, and they love you, it doesn’t matter what anyone else thinks.  When I met Lori Kelley (co-writer) and told her that I wanted to write a song with the title Hell or High Water, she loved the idea as much as I did.”

“The young artist, whose dream is to duet with George Strait, won’t stop until she achieves her goals. The title of her new song makes that perfectly clear,” says Donna Block of CMchat.

Every great artist has a story; one of determination and prowess that guides them on a journey to find fame and success. Kelcy Hyde’s story started when she was a young girl growing up in Las Vegas with a passion for music, undeniable talent and a one-track mind to follow her dreams.

Kelcy was not your ordinary teenager. Instead of finding her perfect dress to wear to prom or attending high school parties, Kelcy spent her nights and weekends cultivating her talent and studying country music. At 16 years old, Kelcy fulfilled a promise to her parents and graduated high school two years early. In return, her family relocated to Nashville in full support of Kelcy and her resilient pursuit to become a country artist.

Since moving to Music City, Kelcy has performed on the historic stages of 12th & Porter, The Basement and the Bluebird Cafe, which previously helped launch the careers of famed artists Taylor Swift, Garth Brooks and Kings of Leon. Kelcy has also shared the stage with Trace Adkins, Darryl Worley, Gretchen Wilson, Big & Rich, Cowboy Troy and The Farm during their worldwide tours.

Kelcy dropped her first EP entitled “Your Heart Amazes Me” with an electric performance and release party in Nashville. The album, which contains five Country Rock songs, has received rave reviews across the internet.

Kelcy continues to chase her dream of one day performing at The Ryman Auditorium. “Quitting is just not a option.”

NEON MOON RELEASES OFFICIAL VIDEO FOR “IF I KNEW”