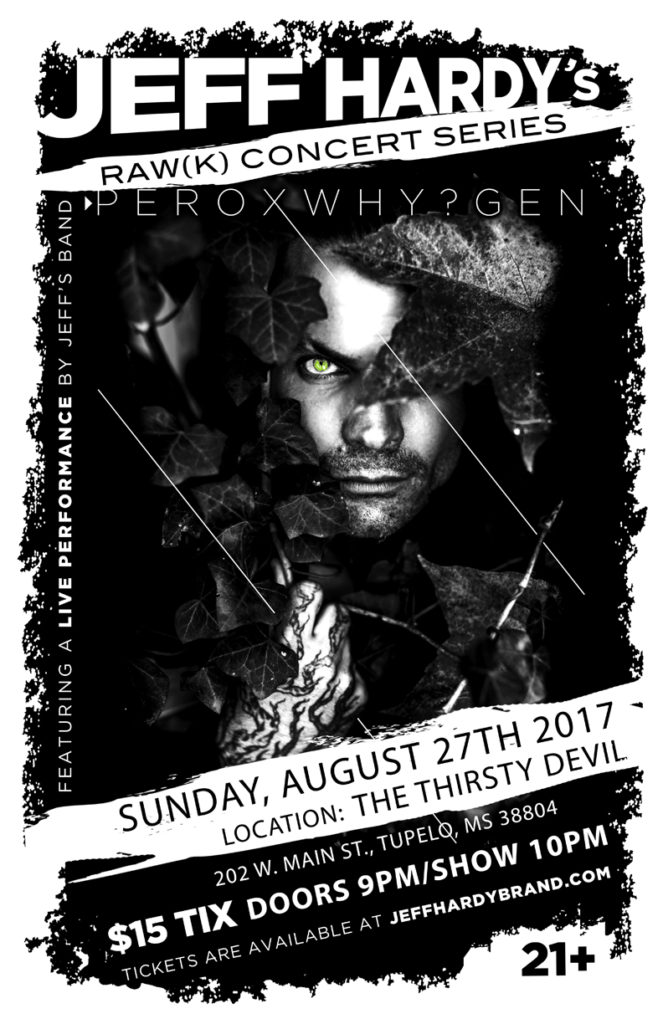 Nashville, TN (August 8, 2017) – Legendary professional wrestler and singer/songwriter Jeff Hardy will be performing LIVE with his band at The Thirsty Devil in Tupelo, Mississippi on August 27th as part of his RAW(K) concert series. Doors will open at 9PM, with the show starting at 10PM. Tickets can be purchased HERE!

Known as “Brother Nero” in the wrestling ring, Jeff Hardy has also achieved success with his band PEROXWHY?GEN.  He continues to deliver great entertainment to his fans all over the world.

For more information, visit JeffHardyBrand.com and engage with Jeff Hardy on Instagramand Twitter. You can purchase a copy of Jeff’s new record, “Precession of the Equinoxes,” HERE!