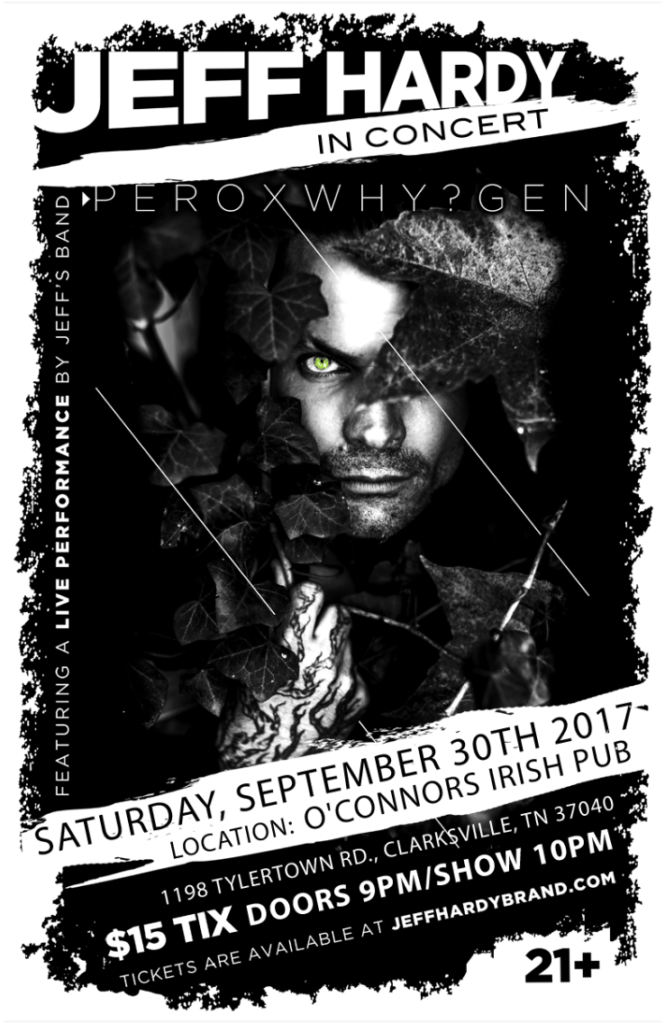 Nashville, TN (September 14, 2017) – Legendary professional wrestler and singer/songwriter Jeff Hardy will be performing LIVE with his band at O’Connor’s Irish Pub in Clarksville, TN on September 30th. Doors will open at 9PM, with the show starting at 10PM. Tickets can be purchased HERE!