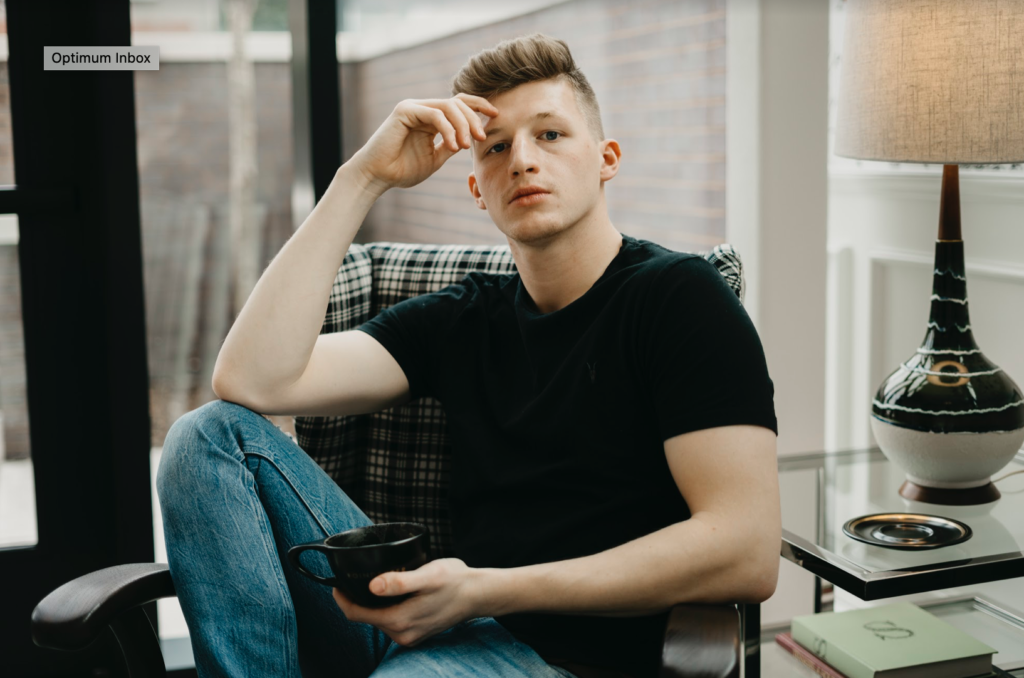 Nashville, TN (March 27, 2020) – Nashville based Pop singer/songwriter Fraser Wattrecently released his new single “Where Do I Go.” You can listen to the song HERE!

With heart-wrenching lyrics like hear noise but nothing sounds familiar, lost all sense of what I meant to do, so I gotta forget, gonna pick myself up and leave, I didn’t think that I’d ever be losing you, “Where Do I Go” is sure to resonate with anyone who has ever felt homesick.

“Where Do I Go comes from a studio recording session set-up,” Fraser explains. “Instead of setting up mics, I sat at a piano and played these three melancholy chords. I had been at college away from home for four months at this point and as I played these three chords over and over again, I started thinking about home and what if nothing was how I left it. As the verses are so intimate lyrically, I knew the chorus had to grow – so, I rounded up some of my closest friends and together formed an epic gospel choir to provide power and emotion to make the choruses huge and unforgettable. I’m unbelievably excited to be putting out my first solo release and hope people get behind it because I’ve got lots more to come!”

About Fraser Watt:
The name Fraser Watt might sound unfamiliar, but since moving to Nashville last year, the Berklee grad has played every small venue in the city, been featured on soundtracks for UK SkySports, entertained Lady Antebellum and Carrie Underwood at Starstruck Studios where he interns, and collaborated with some of the music scene’s hottest new talent.

Growing up in Scotland, Fraser Watt was always inspired by the culture and musical reputation of his home city, Glasgow. He played Tenor and Alto Saxophone from an early age and by his teens, had taught himself guitar and piano. It wasn’t long before he wrote his first set of songs and soon he was making a name for himself on the local gigging scene.

Fraser is a keen sportsman and football player and when it came to career choices – football (following in his dad’s footsteps) or his passion for music, Fraser’s mind was made for him when he was accepted into the world’s most prestigious Contemporary Music School, Berklee in Boston, Massachusetts. Immersed in a variety of genres, Berklee brought about all kinds of projects and collaborations with other fresh talent. Fraser graduated in summer 2019 armed with a degree in Music Production & Engineering, over 100 original songs and a track with friend Gus Dapperton that, to date, has amassed a quarter of a million streams. Upon graduation, Fraser immediately moved to Nashville to take up an internship at the legendary Starstruck Studios, home to Blake Shelton and Kelly Clarkson.

An innovative and creative musician, writing for himself wasn’t enough to satisfy Fraser so he set about writing and producing for other artists on his move to Nashville last year. Collaborations include: Jeff Cohen, Jenn Bostic, Donna Taggart, Gus Dapperton, Will Irvine (Hunter & The Bear), Ben Earle (The Shires), Dede Kimble and his sister, UK based artist Kerri Watt. His vocals have been heard on soundtracks for UK Sky Sports, BBC’s Wimbledon 2019 footage and UK soap Eastenders. Every week he can be found jamming on the Nashville live scene at venues such as Belcourt Taps and the Opry Mills.

Fraser has been secretly cooking up a unique blend of sounds ready to launch his new solo material. With diverse influences including Lauv, Demi Lovato, Coldplay and fellow Glaswegian Lewis Capaldi, Fraser’s brand new single “Where Do I Go” will have you enamored with a huge hook and silky vocal tones. A charismatic and charming performer with a story to tell, Fraser Watt is a very relevant new artist worth keeping an eye on.