DANIELLE CORMIER GETS INTO THE HOLIDAY SPIRIT WITH “MERRIER WITH YOU” 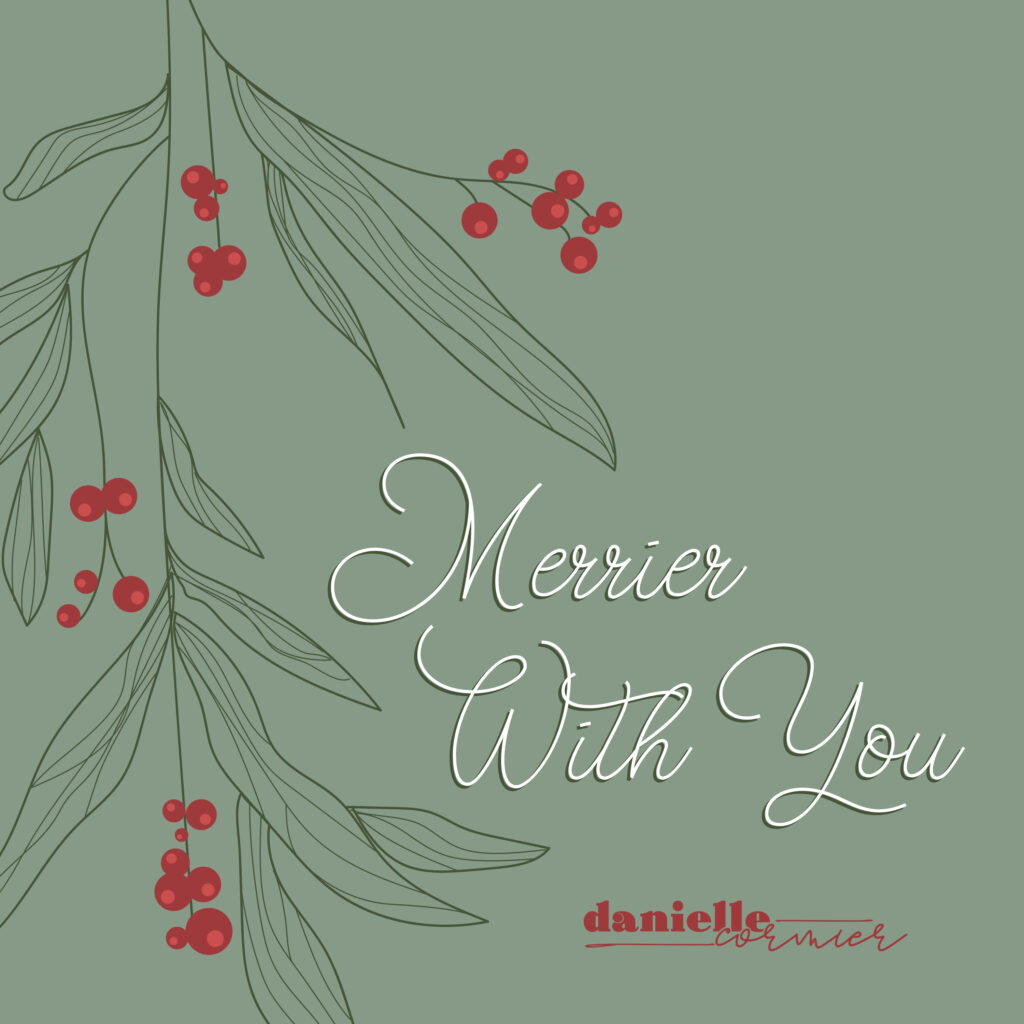 With festive lyrics like presents all wrapped up in a bow, sneak a kiss under the mistletoe, “Merrier With You” is sure to get listeners into the holiday spirit.

“Every year I release an original Christmas song,” Danielle explains. “Originally, I had thought about recording a cover of a classic this year, but while I was looking, I became frustrated at my options and decided to write another one of my own. That’s where the inspiration started! I asked my friend, Karlie Bartholomew, to help me write the song and Merrier With You was born! We took our personal experiences of how we celebrate with our respective partners and put those ideas into the song. But, this song isn’t just for couples celebrating the holidays together…families, friends and roommates can all take something away from this. I hope that listeners can relate in finding those people who make the holiday season merrier.”

About Danielle Cormier:
Danielle Cormier is a Nashville based singer/songwriter originally from Pinehurst, North Carolina. She moved to Nashville in 2016 after studying musical theatre at the American Musical and Dramatic Academy in New York City.
With honest songwriting and vocals that are similar to Norah Jones and Sara Bareilles, Danielle creates music that is both approachable and captivating. Accompanying her move to Music City, she released a six-song EP dubbed Casino Sessions. Since the launch, she has continued to write, play songwriters rounds and compile a collection of songs for the album Fire & Ice. Produced by Adam Lester (Peter Frampton, Jill Andrews, Backstreet Boys), Fire & Ice is Danielle’s first full-length effort. Track two on the album, “Can’t Quit You,” features guitar legend Peter Frampton after Danielle’s producer showed Peter the song while on tour with him.
Since the release of the album, Danielle performed with Vince Gill at his annual Vinny Invitational Golf Tournament and opened for Trace Adkins at Ft. Bragg’s 4th of July Celebration. In November 2018, Danielle released an original Christmas song which was featured on Spotify’s Christmas Hits playlist and the song itself reached over 3.1 million streams.

Danielle teamed up with Adam Lester once again in August 2021 to record her most recent project Réflexion at The Pilot Lounge in Fairview, TN. All of the songs on this project were written in 2020 and capture Danielle’s experiences and emotions from the year, which was filled with love, loss, and the readiness to move on.