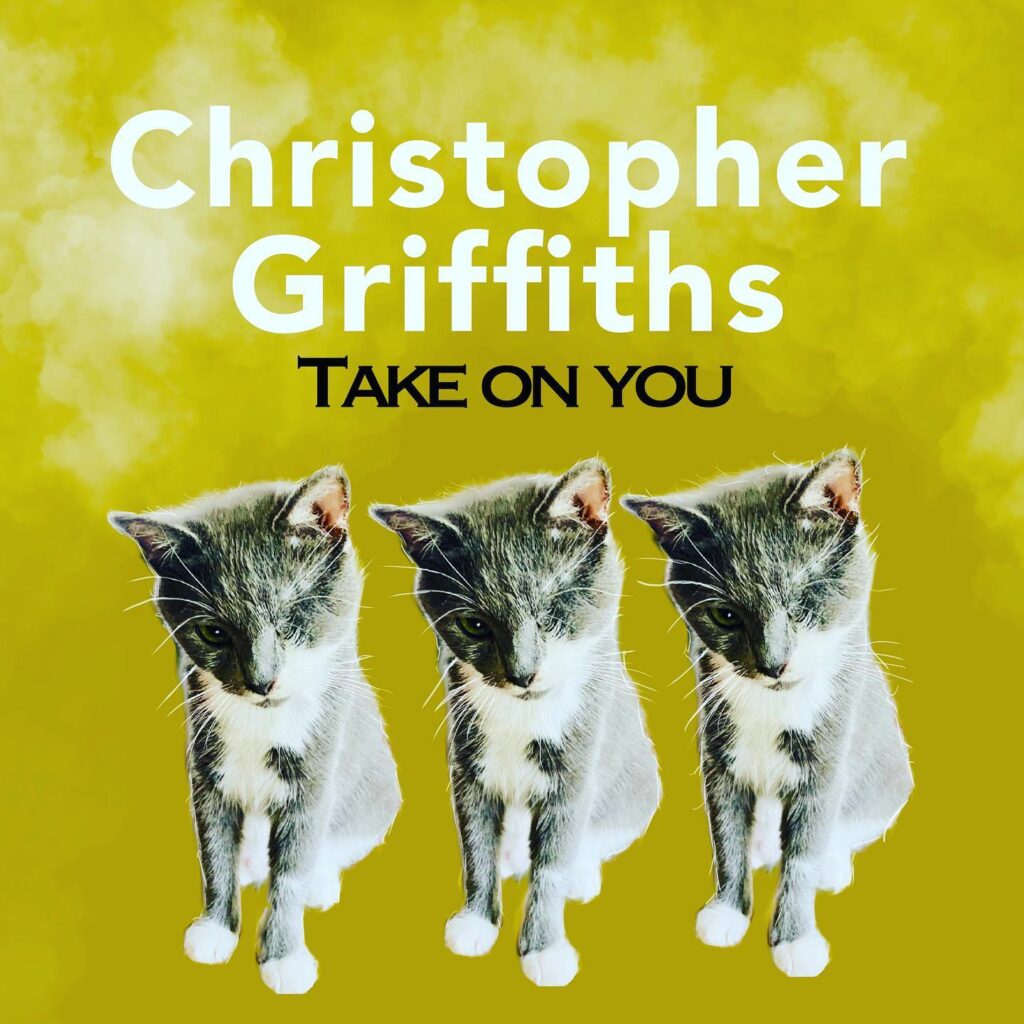 Nashville, TN (October 29, 2020) – Established musician and songwriter, Christopher Griffiths, released his new single “Take on You” today. Proceeds from the song will be donated to the L.A. Animal Rescue. Click HERE to download!

Griffiths also released the official music video for the song, which was premiered exclusively by V13 Media.

“Christopher Griffiths has created nuclear instrumentation that will make fans feel like they’re a part of the sensory experience that is Take on You,” BuzzMusic raves. “With the ability to hook his fans with the magnetic musical personality behind Take on You, listeners will be heavily anticipating more country hits from Christopher Griffiths.”

Jeremy of Sleeping Bag Studios boasted “Songwriting is spot-on, the vocals & lyrics are endearing and thoughtful, and all-in-all, it’s a gentle & delicate tune that makes a bold impression through it’s sentiment.”

Other praise and interviews for “Take on You” include: Americana Highways, Americana Rhythm Magazine Podcast and Bsquared Magazine. Griffiths will also be on an upcoming episode of Records Revisited Podcast.

Commenting on his new music, Griffiths said, “I was talking to my sister Cindy Drummondone night and she was telling stories of her time working with the L.A. Animal Rescue. She’s an actor, but still finds a lot of time to donate and help stray animals. Having lived half my life as a stray animal, I sat down that night and wrote something I thought conveyed that feeling – the moment of adoption. I have five rescued animals myself, so it’s a feeling I’m very familiar with. I thought it would be fitting to donate the proceeds from the song to them.”

About Christopher Griffiths:
A multi-talented musician, Christopher Griffiths plays bass, guitar, keys, synth, harmonica, mandolin and upright bass. Heavily influenced by an array of artists from Bob Dylan and Bruce Springsteen to Dr. Dre and Iggy Pop, Griffiths is drawn to authentic lyrics that provide the listener with a story. Calling his sound “Garage Rock for Disco Lovers,” the heartfelt singer/songwriter has also dabbled in Americana and Pop genres.

He’s been kicking around a while, playing in bands since he was thirteen. His discography includes a Juno Award for his songwriting on Crystal Shawanda‘s Just Like You, bass playing on Will Hoge‘s newest album Tiny Little Movies and 2018 release of My American Dream, to name a few.