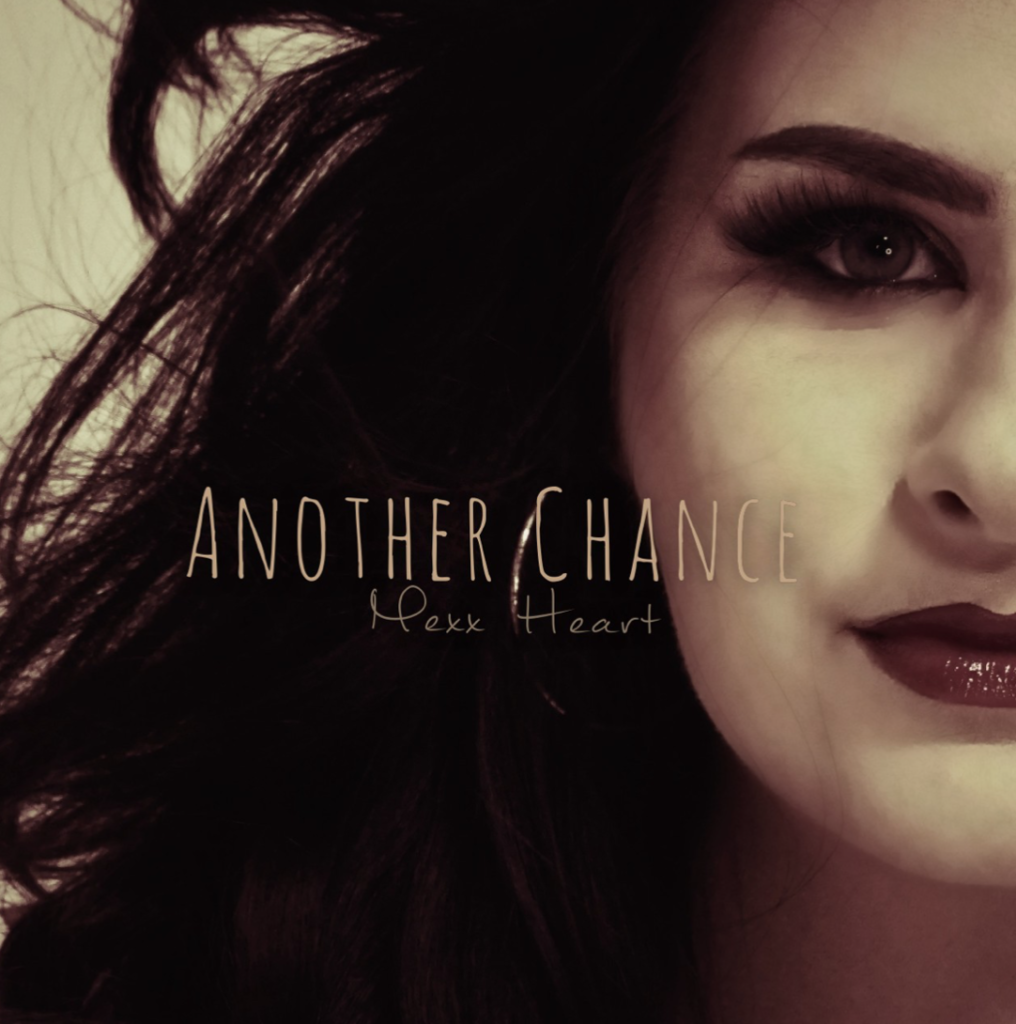 Nashville, TN (May 30, 2022) – Indie singer/songwriter and recording artist Mexx Heartrecently released her new single “Another Chance,” in honor of her late brother. You can listen to the touching song HERE!

With gripping lyrics like What could we have done different? What did I need to say? I swear I kept your secrets in my heart buried away, “Another Chance” is a beautiful acoustic tribute that will pull on the heartstrings of many.

As Mental Health Awareness Month comes to an end, Mexx continues to shine a light on the important matter. “Depression and suicidal thoughts usually affect those who are
often laughing louder than anyone else in the room,” she explains. “That’s what it looks like. Most people don’t bother to check up on the ones who seem happy. I’m struggling mentally right now is not an easy thing to admit. I buried my barely 20 year old brother and I’m hoping as mental health gains more awareness and the stigma fades, nobody else will have to bury someone they love.”

When speaking on the loss of her brother to suicide, Mexx explained: “If there’s one thing I’ve learned, the most helpful thing you can do is be there for people. The first few weeks are the roughest. The ones left behind are often fighting the trauma, asking questions and trying to find closure – most often dealing with survivor’s guilt – but, they often still neglect themselves. Clean a room in their house or cook them a meal. Be a shoulder to cry on, especially. Knowing that they don’t have to walk through the fog alone will be a massive weight lifted off the shoulders.”

About Mexx Heart:
Raised in Memphis, Tennessee, Mexx Heart discovered her passion for music at a young age. When she was a child, her father would blast his favorites through the radio, heavily influencing her eclectic musical tastes. Inspired by artists like Green Day, Billy
Idol and Van Halen, Heart has cultivated her own unique sound.

In the spring of 2020, Mexx released her first single entitled “Roses.” She released her following singles, “Comatose” and “Skipping Stones,” that September. In February 2021, she released a cover of Green Day’s “American Idiot.” Her new acoustic single “Another Chance” releases in May 2022. She plans to release a full album later this year, featuring a new sound influenced by Taylor Swift (“Folklore” and “Evermore”), The Band Camino and Kingston Hythe.

Mexx continues to leave her mark on the music industry, showcasing her skills both behind the mic and in the studio. Heart was nominated for a coveted Josie Music Award in 2021 and attended the 2022 Grammy Awards with producer Justine Blazer. She had the honor of performing at Barry Manilow’s Grammy afterparty as well, which took place at his luxury penthouse.

You can connect with Mexx on Instagram and TikTok.