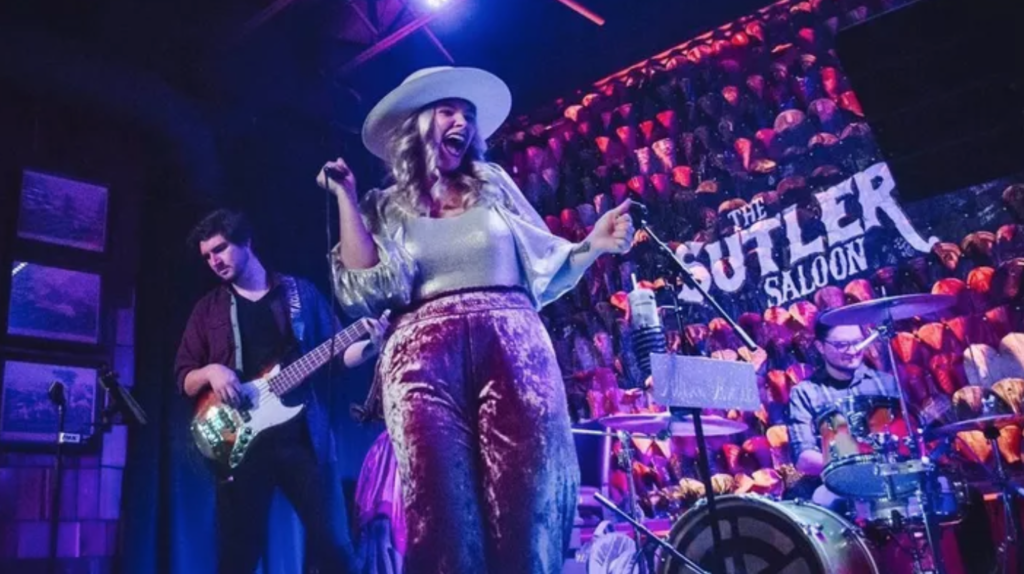 “The Backyard Tour” will be an intimate experience with Allison performing up-close and personal at house concerts, breweries and local venues. She is currently booking dates and is scheduled to perform at Tiki Cove in Tampa, Florida on October 8, 2022. If you’d like to host a show, please inquire here.

“As an independent artist, touring is crucial to connecting with my fans and connecting with the new fans I’ll make along the way,” Allison explains. “This tour will be an intimate experience with me, LIVE, up-close and personal! I have loved attending private concerts in the past, and I want to be able to bring my music to you, not just you listening on your radio. I am so so proud of my debut album Texas To Tennessee and have gotten great feedback from it so far; why not go on tour!”

All donations will be rewarded with exclusive merchandise including limited edition pop sockets and t-shirts, hand-written thank you notes, signed “Texas to Tennessee” albums, lyric sheets and more. To donate, you can click HERE!

In 2018, Allison moved to Nashville, Tennessee to start chasing her dreams. When the Coronavirus pandemic hit in early 2020, she seized the opportunity to start recording and releasing her own music. Heavily influenced by Taylor Swift, Allison combines country, pop and jazz elements in her songs. In September 2020, she released her first single called Taylor Made. That same month, she appeared on the Netflix Original show “Sing On!” where she took first place and won over $42,000. She followed up with the releases of several subsequent singles, including Sippin’ on Somethin’, Summer Style, Summer Dress, Neon Nobody and Midnight Daydream.

In late 2021, Allison began performing Country music and classic Rock n’ Roll hits with her band on Broadway, Nashville’s legendary strip of honky-tonks. Her debut album entitled “Texas to Tennessee” was released on February 11, 2022 and is currently available on all streaming platforms.

Allison is currently nominated for The Josie Music Awards’ “Rising Star of the Year.” The awards will take place on October 23, 2022 at the Grand Ole Opry House. Tickets can be purchased here.