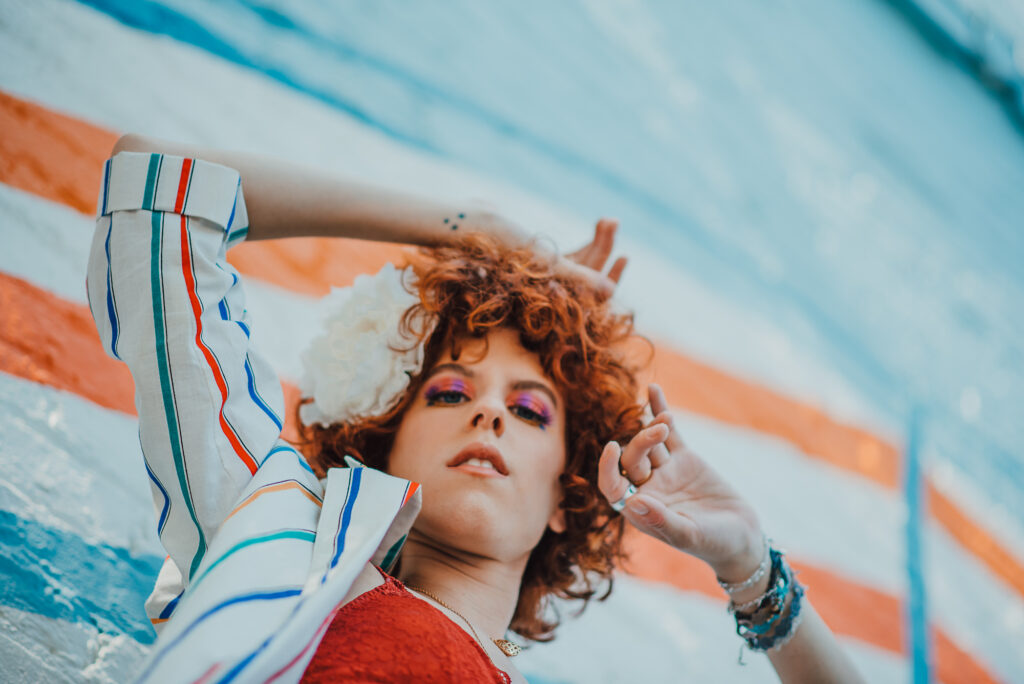 With romantic lyrics like they walk by in their carefully choreographed rosy mood, wonder how many people wish they could be loved by you, “Raining in Paris” paints a beautiful picture for listeners with its descriptive lyricism.

“A few years ago, I spent a whirlwind 48 hours in Paris and packed it with as much of the city as I could possibly drink in during a single weekend,” Marta explains. “It was a lot of walking, a lot of eating, and a lot of wonder soaking in every possible building, corner, and color. The weather was perfectly sunny the whole weekend. On the very last night, as I came back to the hotel, it started to rain — and even though I had seen so many beautiful sights, Paris in the rain absolutely took my breath away. So this is my little ode to Paris, and the way she shines in the rain, written from a hotel window very late at night.”

Marta has already made quite a name for herself in Music City, garnering a very loyal fan base. She’s played at well-known venues like Café CoCo, True Music Room & Bar, Commodore Grille, Bowery Vault, Two Old Hippies, Boulevard Records, Just Love Coffeeand Belcourt Taps. In addition, Marta has added both the Schermerhorn Symphony and Bridgestone Arena, where she sang back-up for Josh Groban, to her impressive musical resume.

Marta’s leap into the music industry began with an acoustic cover of LP’s 2015 single, “Lost On You”, soon followed by her debut extended play: 2016’s Revisions. Half personal introspection and half mission statement, the EP evokes a willingness to revel in the unknown, no matter the consequences. The single “Sparrows” followed in 2017, as well as two new songs in 2018: the soul-baring ballad titled “Bitter End” and the bubbly, optimistic “Gold.” After a short break, Marta hit the ground running in 2020 with her new EP, Him Vol. 1. The title track, “Him,” received international acclaim and won the Vox Pop Award at the 18th Independent Music Awards. As the events of 2020 came to a head, Marta spent her newfound isolation writing a breathtaking series of reflective songs titled “The Quarantine Tapes,” which she released in 2021.

Admiring her roots while eschewing the traditional notions of what a singer-songwriter should be is paramount to who Marta Palombo is as an artist. With Marta, there is always new music on the horizon. Her signature style is her ever-growing passion for telling life’s most compelling stories, both big and small.