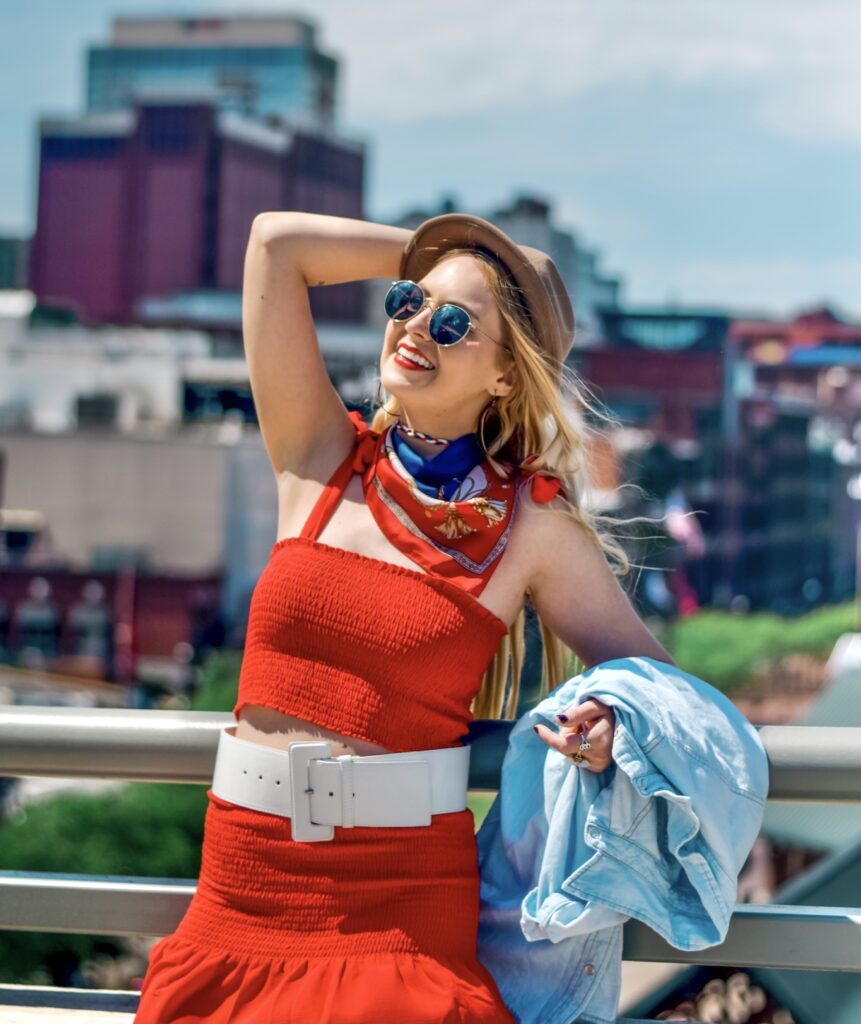 Nashville, TN (September 24, 2021) – Kendra & the Bunnies recently released the official video for “Who Wants to Rock with Me.” You can watch it HERE!

With energetic lyrics like kick up the tempo and let it drive, I want my FM dose of adrenaline, too many slow songs killing my vibe, “Who Wants to Rock with Me” (co-written with Randy Barnette, Justine Blazer and Corey Lee Barker) has become a fan-favorite hit from the Kendra & the Bunnies “of Summer” EP.

“The thing about dreams is only you know when your’s comes true,” Kendra explains. “I feel like having people stop me while I was filming this music video in Nashville to ask for a photo with me means my dreams are coming true.”

About Kendra & the Bunnies:
Kendra Muecke is a singer/songwriter, writer, actress, and published author from Houston, TX, now based in Los Angeles, CA. She performs under the stage name “Kendra & the Bunnies” as a freestyle folk, pop rock, and spoken word artist. “Kendra & the Bunnies” performs both as a full band and as a solo acoustic act. Her style heavily utilizes the element of storytelling through song, painting a creative experience for the listener. She has released four albums, charted globally at #8 on the digital radio charts (between Dua Lipa at #7 and Miley Cyrus at #9), published two books, writes for several online music magazines, is SAG-Aftra Eligible and tours nationally.

In 2021, Kendra was invited to join the GRAMMYS Recording Academy as a voting member and she won Best Artist of the Year (multi-genre) at the Josie Music Awards 2021. She was also nominated for a 2021 International Singer-Songwriter Association Award. She is currently recording her upcoming eight-track album at the famous Hyde Street Studios in San Fransisco.

IAN JAMES RELEASES NEW SINGLE “BY MY SIDE” 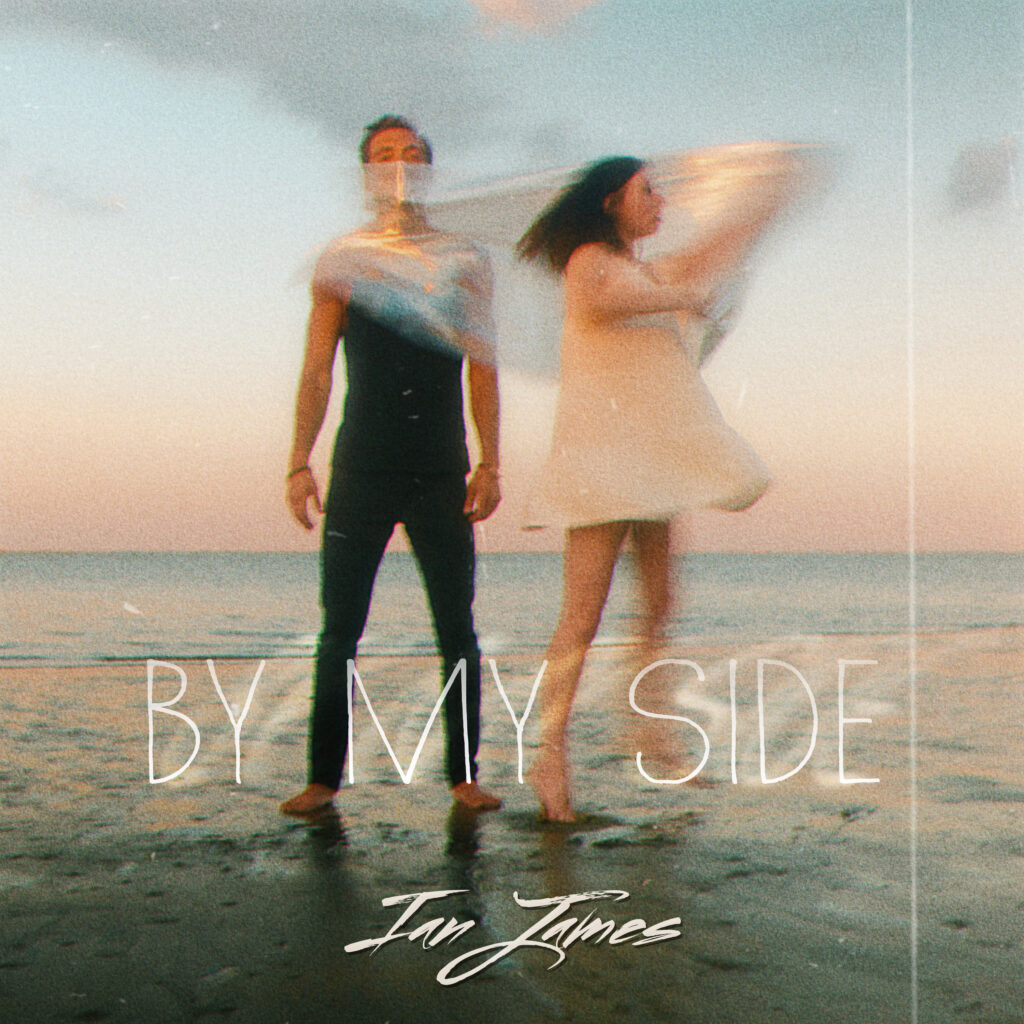 Nashville, TN (August 20, 2021) – Christian Pop singer/songwriter Ian James recently released his new single “By My Side.” You can listen to the song HERE!

With comforting lyrics like gotta lotta hopes and gotta lotta plans, gotta lotta dreams, but take my hand and I will go wherever you wanna go, “By My Side” is sure to resonate with many listeners. You can watch the official music video HERE!

“By My Side was born out of a very difficult season in life, when I had just lost a job and was searching for direction,” Ian explains. “I reminisced on the serious trials I had faced in life: my birth deformity, my mother’s cancer diagnosis one week before I left for college, and my own spiral into an unhealthy party-focused lifestyle. Through all of this, I had felt a presence that encouraged me and stayed by my side, and kept me going. Whether one attributes this to God or just a presence, it was clear I was helped through these times by something greater than myself. So I wrote this song as a declaration to this realization, and as an anthem for those who truly need inspiration through extremely difficult times.”

Ian also says, “I have always been someone who has had friendships with people from all different backgrounds, regardless of faith or beliefs. I’ve always connected to all types of people and have never been sheltered into just one type of community. Sharing what I believe through my music doesn’t have to be divisive or alienate others. So my whole goal with my songs is to be that bridge between people, and I hope my lyrics speak and relate to people in all walks of life.”

About Ian James:
Ian James is a Christian Pop artist from Charleston, South Carolina, who has been featured in CCM Mag and New Release Today – the two biggest Christian music publications. Born and raised in Rochester, New York, Ian began playing drums and guitar at the age of 8, performing in various school bands and ensembles. Ian decided to pursue a solo career in early 2019, realizing he wanted to share his passion for outreach and his faith through his own personal stories. He released his debut single “I Look Up” in 2019, followed by his most popular song to date, “Will for Me”, in which Ian declares his desire to follow God’s leading for his life, no matter where it takes him.

In his music and heart for others, Ian hopes to bring light to those struggling and in need of kindness and true compassion. His writing is inspired by raw, deeply personal experiences that have fully shaped who he is, and his songs undeniably reflect this message.

With relatable lyrics like I had thought my heart was broke, thought that true love was a joke, thought that I’d always miss that boat, but now I’m believin’, “Caving In” is sure to tug on the heartstrings of all who listen.

“The song Caving In is about releasing the past and opening your heart to the love that’s in front of you,” Sarah Mae explains. “It’s about that precious moment where you go from thinking you’ll never meet someone who makes you feel that way again to finding a love that’s more real than you could ever imagine.”

About Sarah Mae Chilton:
Carolina born, Nashville trained and world bound. Sarah Mae Chilton’s positive, humorous approach to heartbreak and life adds a fresh voice to the pop and pop-country market. Born in Winston-Salem, NC, she first started performing gigs during high school at local writer’s nights, in her own rock band and for church youth events. During this time, she truly discovered her passion and realized that she wanted to be a music artist.

Sarah Mae got her degree from UNC Chapel Hill and studied Music Composition and Anthropology. Post-graduation she moved to Nashville, TN to pursue her musical dreams.

In Nashville, she makes a living singing on Broadway at Tootsies Orchid Lounge – a place famous for discovering legends such as Patsy Cline, Willie Nelson and many more. She has been able to write with artists from genres as varied as rap to country, including some Grammy-nominated writers.

Sarah Mae Chilton has a lot of music up her sleeve these days and more ambition than ever to make her wildest dreams come true. In March of 2021, she released her latest album Southern Glitter Pop.