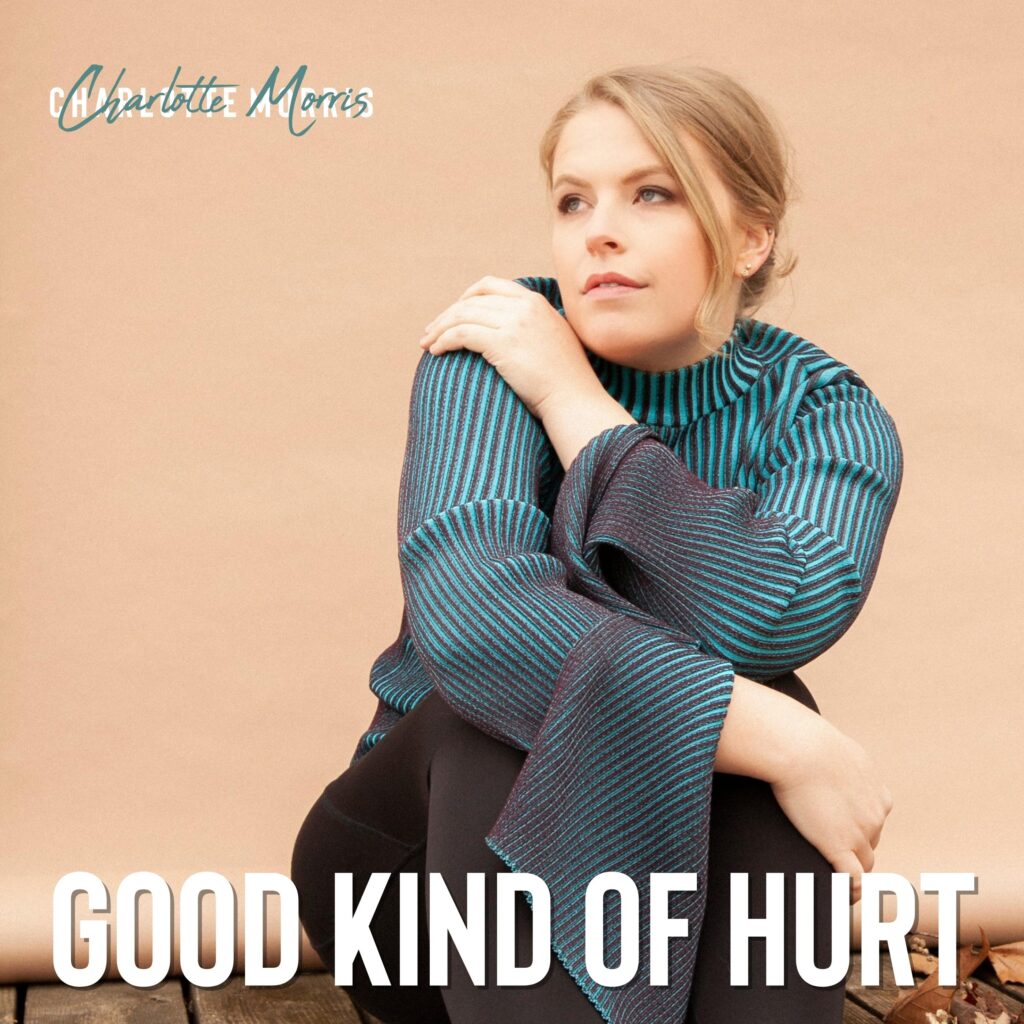 After watching a close veteran family member struggle with alcoholism, Charlotte was inspired to write this song. Too often, those who served their country, and are now struggling with a myriad of mental health issues, are forgotten and left behind.

With poignant lyrics like you claim that you can stop at any time, it’s just the way you blow off steam, unwind, “Good Kind of Hurt” foreshadows a message many listeners will connect with.

“I’m hoping that this song can bring more awareness to, and spark more conversation around, the mental illness that is addiction, as well as its close ties to PTSD and our veterans,” Charlotte explains. “All of my music is super personal and autobiographical, andGood Kind of Hurt is no exception. If my song can help at least one person seek help for themselves or their loved ones, it will be a success in my eyes.”

Charlotte will also release a music video for “Good Kind of Hurt” later this summer.

About Charlotte Morris:
Charlotte Morris is a Nashville-based singer-songwriter whose music showcases a unique blend of Americana, Folk, Pop and Country music. From her lilting folk ballads to her rock anthems for a new generation, Charlotte displays a wide aptitude for various styles. She draws inspiration from many of her favorite artists including Delta Rae, Brandi Carlile, Sara Bareilles, and Liz Longely, as well as folk legends like Peter, Paul and Mary, Simon & Garfunkel, and Joni Mitchell. Her songs, which are mostly auto-biographical, also reflect her years in the theatre, with nuances and lyrical storytelling akin to musical theatre writing. Described as “the love-child of Judy Collins, deftly playing her violin, guitar and our heartstrings”, Charlotte’s music and heartfelt on-stage presence bring audience members along for the emotional ride.

Charlotte released her debut EP To New York, With Love in June 2018, which received recognition from newspapers, music blogs, and playlists worldwide. Since then, Charlotte has released a number of singles, including 2 “quarantunes” about the COVID-19 pandemic, as well as a 5 song EP, Sputnik, produced by Nashville-based, Mitch Dane. In Spring 2019, Charlotte embarked on her first solo tour, performing in 15+ cities across the country including Nashville, Austin, and NYC. At the end of 2020, Charlotte released her first full length album, Songs for My Next Ex – an 8-part “story album” that, when listened to from top to bottom, takes listeners through the highs and lows of a tumultuous, yet transformative relationship.

After almost two years, Charlotte is back with new music, produced by Will Gawley of Charlotte Avenue Entertainment. “Good Kind of Hurt” (released on June 10, 2022) is the first of a slew of new releases coming soon from this emerging artist.”