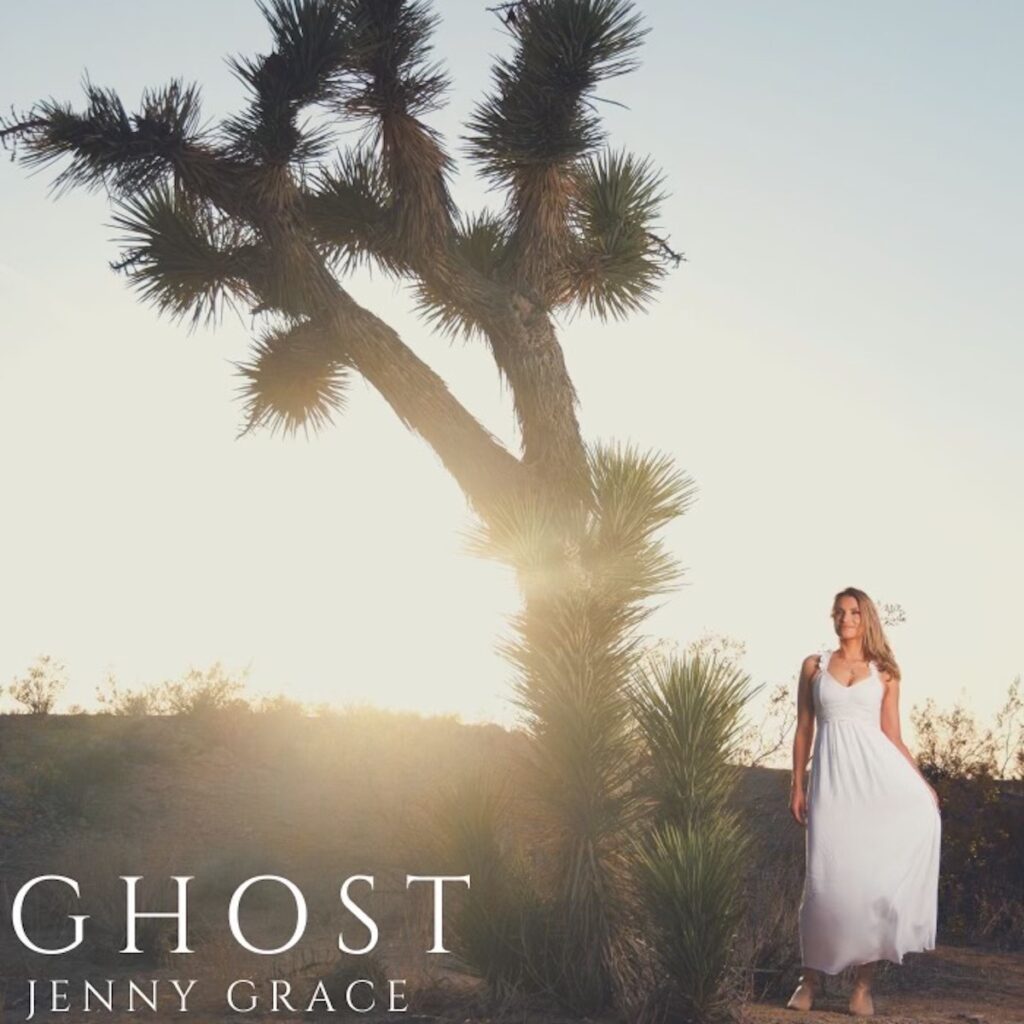 With harrowing lyrics like did you think it would be easy to pretend you don’t care, to forget about our past and hide away in your fear, “Ghost” tells an empowering tale about finding yourself. You can watch the official music video HERE!

“I like country music that has a lot of storytelling,” Jenny explains. “That’s what is really meaningful to me. I enjoy embracing feelings and it’s really healing to be a songwriter and to sing. Ghost was inspired by everything that has been going on in the world from 2019 up until now. I also went through some relationship stuff and some heartaches and I just really wanted to write about it.

About Jenny Grace:
Born on Merle Haggard’s birthday of April 6th, Jenny Grace embodies the untamed spirit which country music was built on. A wide-eyed kid turned into a mature young woman who served her country at the age of 18. Following four years of army intelligence service and with inspiration from country greats Reba McEntire, Faith Hill and Carrie Underwood, Jenny began writing music and perfecting her voice. Her journey and desire to bring her own grit to country music is reflected in her upcoming 2022 album.

Branded by some in the music industry as having the dichotomy of the mystical soul of Stevie Nicks and the classic, wholesome, heart of Dolly Parton, Jenny is creating a name for herself with her classic voice, prolific storytelling, hard work and dedication. Her musical debut in 2019 on WSM-AM (Grand Ole Opry Radio) launched live performances at Jamfest, Sailfest, Yellow Ribbon Fund, and the Nashville VA Medical Center. She was nominated in several categories for the 2019 Josie Music Awards and is currently nominated for “Album of the Year” (for her collaboration with Danny McMahon) for the 2022 British Country Music Awards. Jenny released her current single “Ghost” on October 28, 2022.