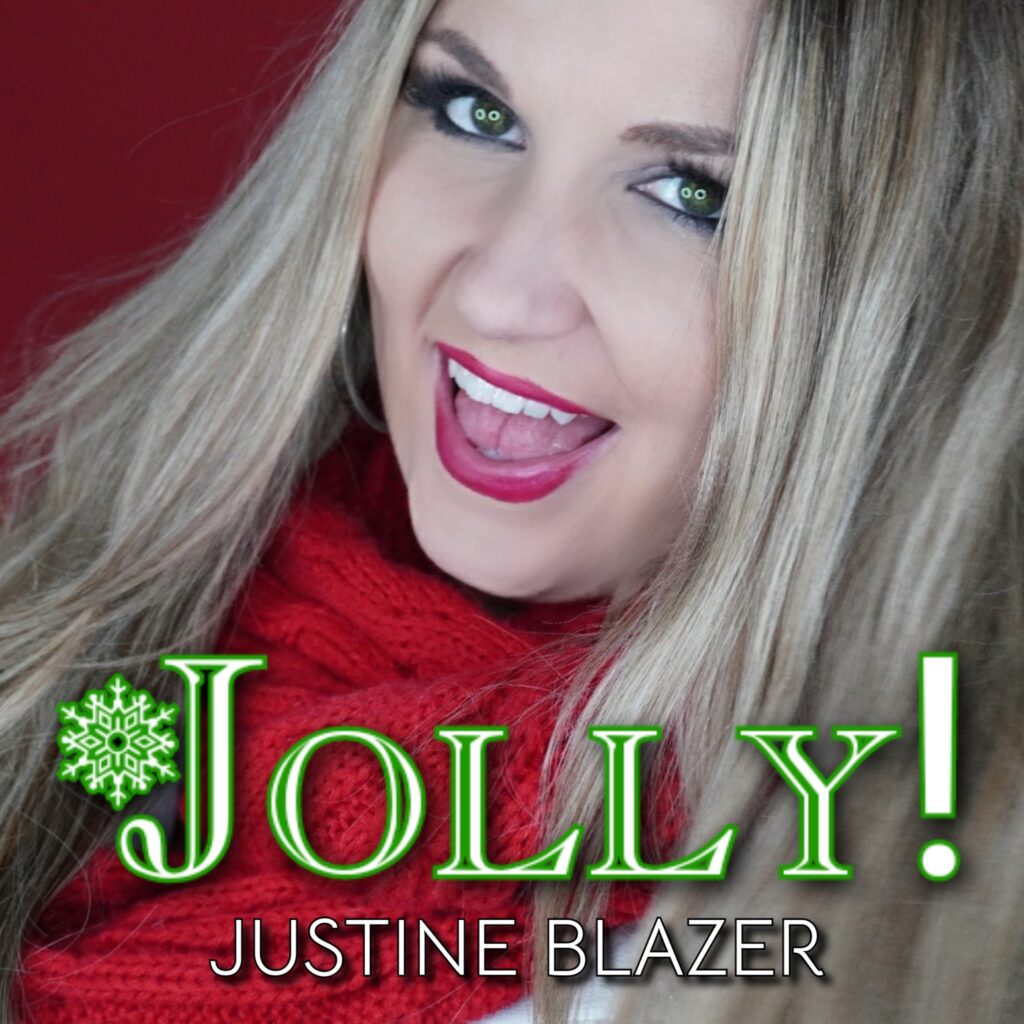 Nashville, TN (December 1, 2021) – Are you ready to get into the holiday spirit? JOLLY! is the new 15-song Christmas album from recording artist, songwriter and producer Justine Blazer. You can listen to the album HERE!

“Since by dad passed away in 2014, Christmas hasn’t quite been the same,” Justine explains. “But, this year, I decided my dad would have wanted this.  My dad was a professional Santa Claus.  He did that for 20 years and he loved Christmas. Throughout the pandemic, I have realized just how short life is and we need embrace all the moments.  This is the first year in a while where I’ve had true holiday spirit.  It’s been tough, but I wanted to do a project where I focused on what the Christmas and holiday spirit is truly about – family, friends and to be jolly!”

Justine’s music video for her most recent single, “Good Trouble,” premiered on CMT in September of 2021 and Justine was up for six nominations at the 2021 Josie Music Awards, winning Best Rock Song of the Year (songwriter). She is currently a Grammy contender for seven categories: Song of the Year, Record of the Year, Producer of the Year, Best Arrangement, Best New Artist, Best Country Song and Best Country Solo Performance. 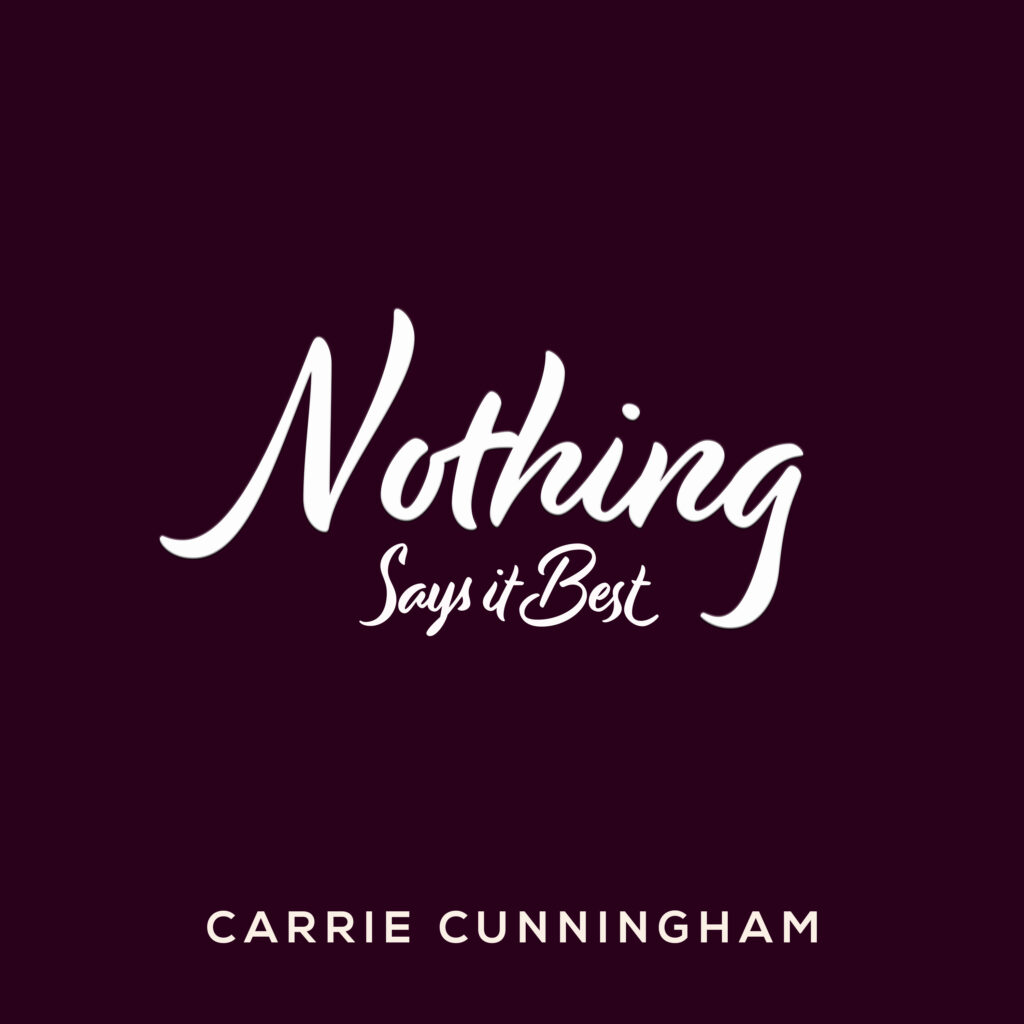 Nashville, TN (October 11, 2021) – Carrie Cunningham has released the tenth and final single from her Showgirl Series! “Nothing Says It Best” is now available on all streaming platforms. Click HERE to listen!

With broken-hearted lyrics like we could talk this love to death or we could just save our breath, this beautiful ballad tells the story of a love that just didn’t work out. You can watch the official music video HERE!

Carrie’s Showgirl Series has been receiving positive reviews from fans and both international and domestic press over the course of the year. Music City Melodies stated, “We have become fast fans of singer/songwriter Carrie Cunningham and her Showgirl Series, where she has been releasing a new single every month during 2021.” In addition, BuzzMusic commented “We’re thoroughly impressed with Carrie Cunningham’s lyrical dexterity…Carrie Cunningham leaves us with equal amounts of passion and introspection.”

Richard Dales Coupland of Zetland FM Country (UK) added “What can you call Carrie Cunningham? She has a style all of her own, almost a musical chameleon. We’ve rocked, we’ve danced, we’ve chilled and now we’ve a sumptuous track to just about sum up an artists tour de force with her latest diamond Nothing Says it Best.”

Carrie’s upcoming full-length album “Showgirl” is set to be released in November 2021.
About Carrie Cunningham:
Carrie is based in both Nashville, Tennessee and Huntington Beach, California. She has been a touring artist for two decades and has performed on over 1,000 stages. She has had the pleasure of sharing the stage with over 50 national acts, such as Kacey Musgraves, Charlie Daniels, Jake Owen, Crystal Gayle, Diamond Rio, Collective Soul and more. 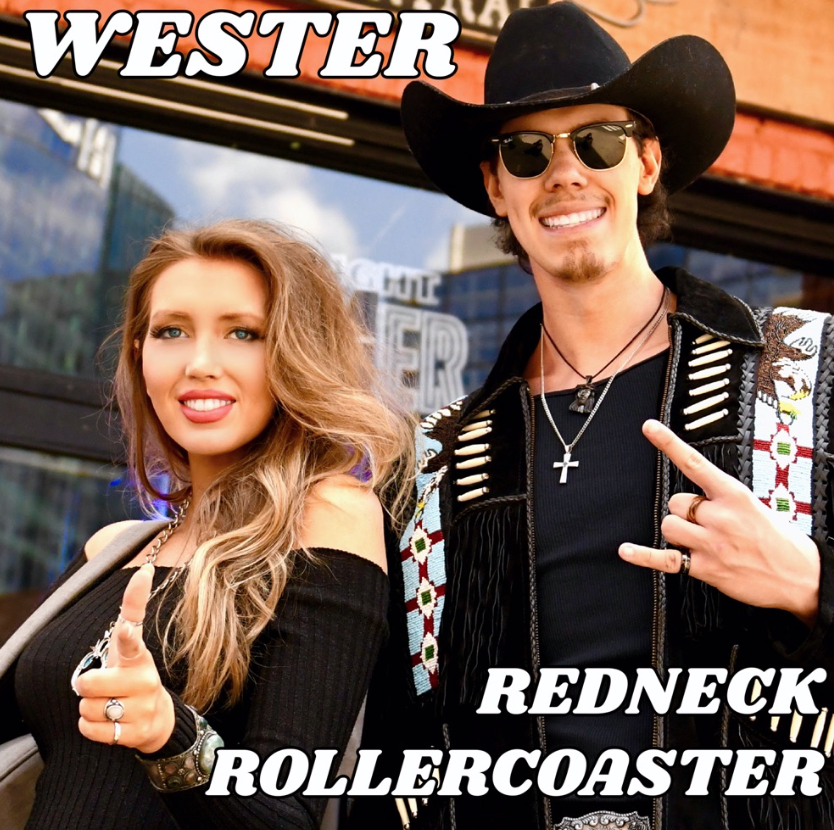 The rowdy, fun and up-tempo beat of this Country/Rock single will have listeners feeling like they’re at a Honky-Tonk celebration.

“When the pandemic hit last year, we were literally stuck at home,” Pearl Clarkin explains. “My younger brother, Rafe Wester, is my roommate. He has always had a unique and rich bass voice, but was too active in high school and college to sit down to write, sing and record with me. In 2020, he literally had nothing else to do – I started teaching him guitar and we began writing songs together. As the months of solitude dragged on, we released some videos of us singing together and everyone on social media loved it. The idea of brother/sister duo went over very well and industry professionals were encouraging us to release music together. This is something I have always dreamed of. Rafe and I get along so well and have so much in common.”

The duo also plans to release a lyric video for “Redneck RollerCoaster” on August 20, 2021.

About Wester:
Wester is a new brother and sister country music duo comprised of Pearl Clarkin and Rafe Wester. Born and raised on the Redneck Riviera on Pensacola Beach Florida, they pack a fun, fresh and explosive punch for the young country music audience. Pearl brings the glitter, Rafe brings the grit, and together they bring the party wherever they go. With forty shows performed around the country and forty new songs written in a year, they released their debut single “Redneck RollerCoaster” on August 13, 2021. You can follow Wester on Instagram and Facebook.

About Rafe Wester:
Rafe Wester has always been told he resembles Randy Travis. Growing up, people would ask, Do you sing? He grew up watching his sister, Pearl, perform on CMA stages in Nashville, Tennessee and witnessed the shenanigans of party-goers on Lower Broadway. Rafe didn’t discover his passion for music until he became an adult. Inspired by those same mischievous antics, Rafe, now twenty-one years old, co-wrote “Redneck RollerCoaster” with Will Rambeaux and Sherrie Austin. You can follow Rafe on TikTok.

About Pearl Clarkin:
Pearl began performing at live music venues in her hometown of Pensacola Beach, FL at the young age of twelve. Since then, she has performed over 1,200 live shows across the country, has been featured on CMT and GAC TV, and has opened up for the likes of Charlie Daniels, Michael Ray, Montgomery Gentry, Jake Owen and more. Pearl has played at Nashville’s famous CMA Fest during the last five years and CMT, Big Machine Label Group and Cumulus Media recently named her one of the top ten unsigned artists in the country.

As an acclaimed singer/songwriter, Pearl has performed at some of Nashville’s most famous venues for original music, such as The Bluebird Cafe and The Listening Room. Her fiercely loyal fanbase, Alligator Army, enjoys following her performances across the country. Pearl serves as an advocate for equality for women in country music and also fronts the all-female band Rhinestone.

Although Pearl has years of experience in Nashville, is a Nashville Hard Rock Risingwinner and 2018 NASH NEXT regional winner (placing top 10 in the country), she wanted more. She has been searching for something new and different, but as big as classic country music with a honky tonk flair. At 6’6” and a loud and rowdy energy, Rafe brought the perfect addition to Pearl’s country music. Their voices together are as unique as only brothers and sisters can be – and thus, Wester was born.

CARRIE CUNNINGHAM RELEASES SULTRY NEW SINGLE “ALL OVER ME” 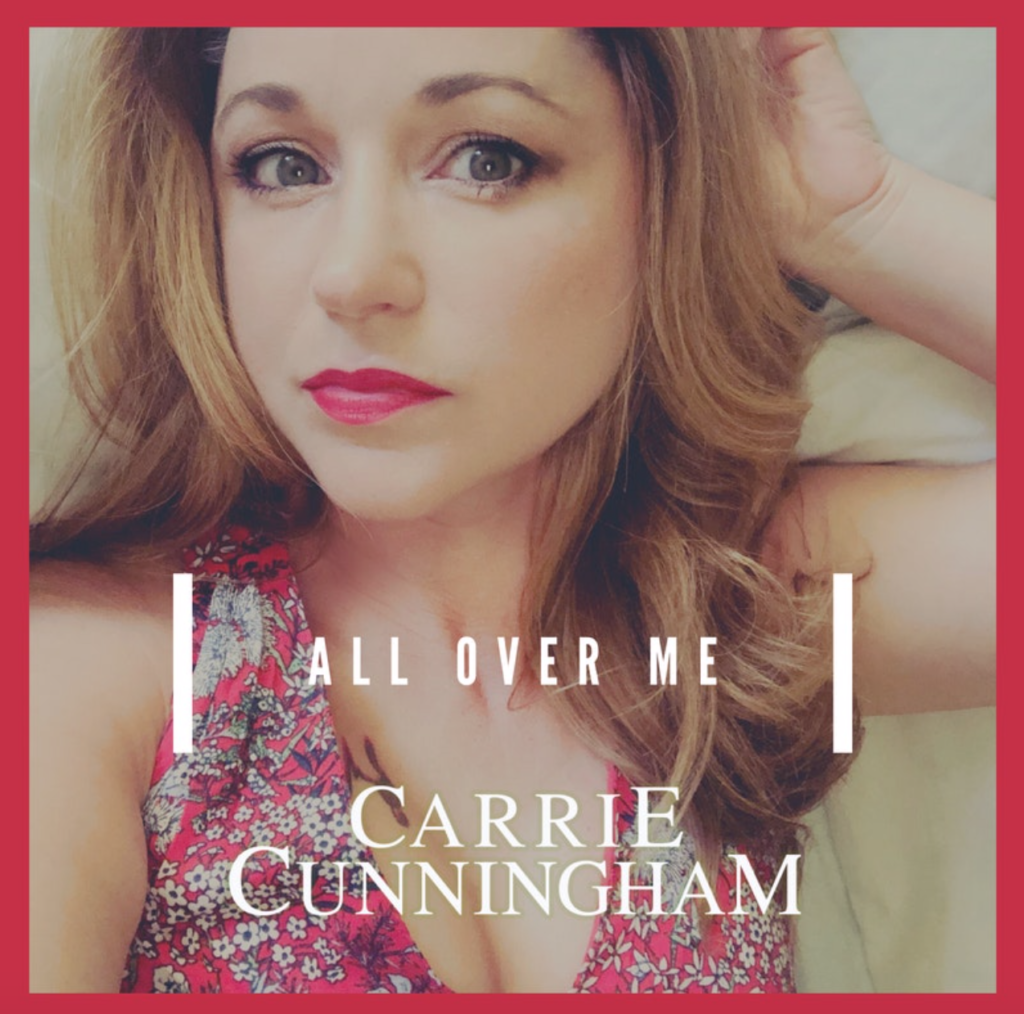 Nashville, TN (August 11, 2021) – Singer/songwriter Carrie Cunningham is back with her eighth song from her Showgirl Series! Click HERE to listen to her steamy new single “All Over Me.”

With alluring lyrics like I’ve heard you’ve got somebody in the city, but where is she tonight, we’re standing under the same chandelier, but I’m seeing me and you in a whole new light, Carrie shows off a more seductive side with “All Over Me.”

“I wrote this song at a writer’s retreat with pop artist Lo Lind and country artist Trace Thompson,” Carrie explains. “Trace came in with this awesome idea of how someone can be all over you in a heat of passion and then be all over you like it never happened. I believe we wrote it to pitch, but I ended up pitching it to myself! If the song is great, it doesn’t matter the genre.”
About Carrie Cunningham:
Carrie is based in both Nashville, Tennessee and Huntington Beach, California. She has been a touring artist for two decades and has performed on over 1,000 stages. She has had the pleasure of sharing the stage with over 50 national acts, such as Kacey Musgraves, Charlie Daniels, Jake Owen, Crystal Gayle, Diamond Rio, Collective Soul and more.